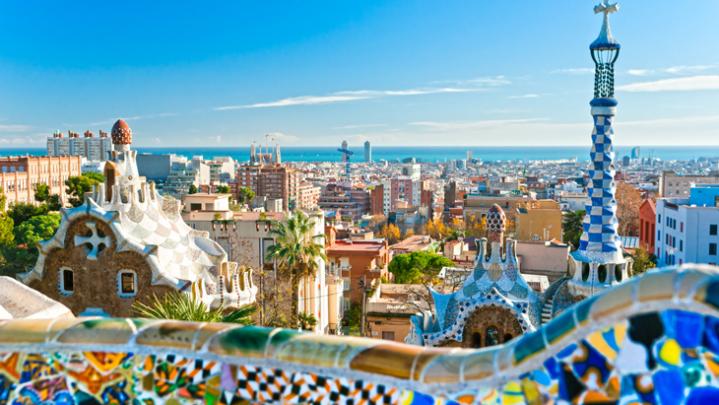 Spain will welcome visitors from June, following a pilot trial of digital health certificates at all 46 Spanish airports in May.

He said the European Union digital certificate is not a “magical wand” but it does offer certainty for people to organise their travel.

Delegates at the hybrid event in Cancun welcomed news that the EU hopes to allow vaccinated Americans to visit this summer – but Brussels is yet to open discussions with the UK about mutual recognition of vaccine passports.

“The best thing governments right now can provide to travellers is certainty,” he said.

But he hopes negotiations with other countries will lead to reciprocal arrangements, saying travellers need certainty when returning to their home countries. If holidaymakers face restrictions when they arrive home, that won’t help tourism.

“It is no use to open only one side of the equation,” he said.

He said Spain has been planning for vaccine certification since February because of the importance of tourism to the Spanish economy.

“Spain is going to be ready in June to use this digital certificate,” he told delegates.

“We are doing a pilot programme in May at all 46 airports so we are going to give all travellers this certainty.”

The EU’s Digital Green Certificate offers travellers a way to prove their health status with Covid-19 vaccination certificates, negative test results and medical certificates for people who have recovered from Covid-19 in the previous 180 days.

Earlier at the summit, Greek tourism minister Harry Theocharis outlined the measures Greece has taken in order to reopen to international visitors from May 14, and to cruises from May 3.

The Times reported he told the newspaper that Greece will allow Britons who have been twice vaccinated to enter the country using only their paper handwritten NHS card.

The newspaper said the paper cards will be accepted while the UK and EU work on a digital health certificate.

However, a spokesperson for Theocharis told Sky News that only official documentation would be acceptable – and that the Greek government’s understanding is that a UK health certificate will become available.

British tourism minister Nigel Huddleston told the WTTC summit that the UK government is working with its counterparts in other countries to align the measures on international travel and liaise on issues such as vaccine certification.

“We absolutely want to work, and are working very closely, with our EU partners and indeed around the world,” he said.