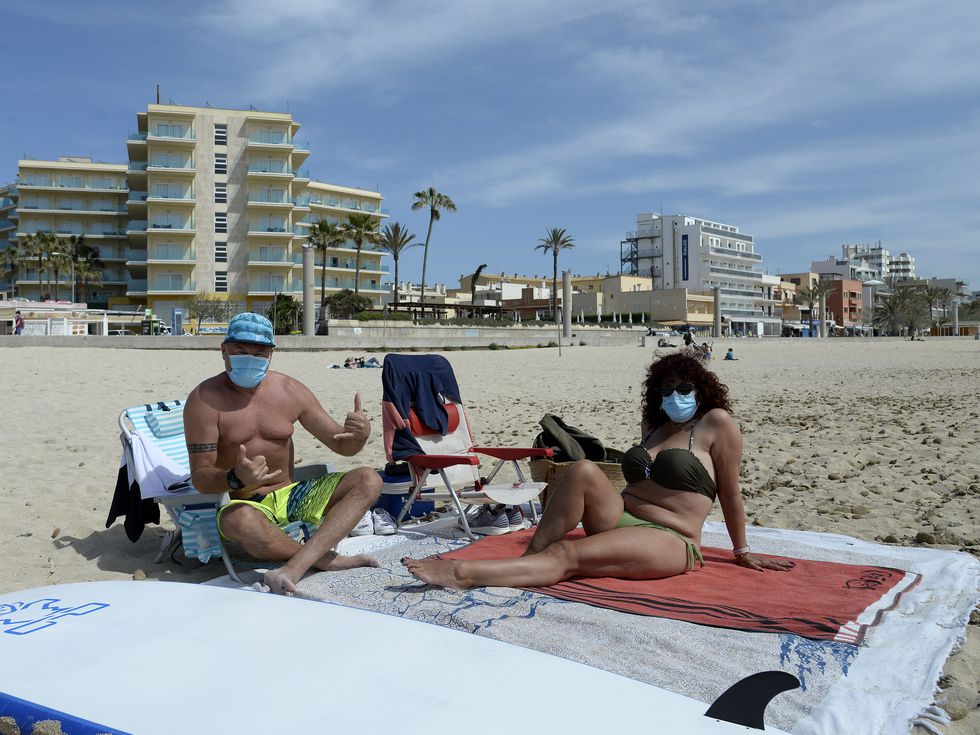 THE BALEARIC Islands government has reinstated its rule specifying face masks must be worn outside. It comes just one month after the regulation was initially scrapped.

Covid cases are on the rise in the Balearic Islands, with the number of active cases now higher than during January’s “third wave”. As a result, the Spanish archipelago’s government has reinstated its face mask mandate in all outdoor areas.

Currently, the number of active COVID-19 cases is at 7,308 according to local data.

Speaking at a press conference today, Balearics tourism minister Iago Negueruela said alongside the face mask rule, other restrictions are likely to be reinstated.

“We are studying different restrictions against excesses and control of public spaces,” Mr Negueruela told press.

The new coronavirus restrictions are set to be formalised in the coming days and rolled out across the Balearic Islands from Saturday 24.

As per the face mask mandate, both locals and visitors will be required to wear face masks at all times when in public.

This includes walking down streets and when on beaches, if not sitting down within your immediate bubble or when swimming.

According to the Majorca Daily Bulletin, the regional government is also considering putting a limit on the number of people who can gather in public.

In some parts of Spain, nighttime curfews have already been reinstated.

Though there is no confirmation for the Balearics, local press speculates this action could soon be taken.

The Balearics were put onto the UK’s green list for travel at the end of June, sparking a surge in British tourists jetting off to the likes of Menorca, Majorca and Ibiza.

Yet, just three weeks later, the UK Department of Transport moved the Balearics back to the amber list in time for July 19.

Mainland Spain has seen a similar surge in confirmed cases of coronavirus, which has prompted certain regions to reinforce curfew rules.

It is thought that Benidorm, Alicante, Alfas de Pi, Calpe, Denialism and Teulada-Moraira will all be subject to a nighttime curfew from Monday, July 26.

Currently, there are 32 areas across the Valencian Community subject to a night curfew.

This curfew runs between 1am and 6am, when people should only be outside of their homes for “essential” reasons.

As Covid cases rise, it is thought more regions could face similar rules in the coming days.

Despite this, Spanish officials say their health care system is not currently under pressure.

In a statement following the UK Government’s decision to move the Balearics from the green list, Javier Piñanes, director of the Spanish Tourist Office in the UK, said the islands “continue to be a safe tourism destination”.

He said: “The majority of new cases are among younger age groups, specifically 12 to 19 and 20 to 29-year-olds and despite the increasing COVID rates, the hospitals in the Balearic Island archipelago are not under pressure.

“Likewise, there have been no fatalities reported due to COVID-19 in the Balearic Islands in the last seven days and there are strict safety and hygiene processes and measures in place.”