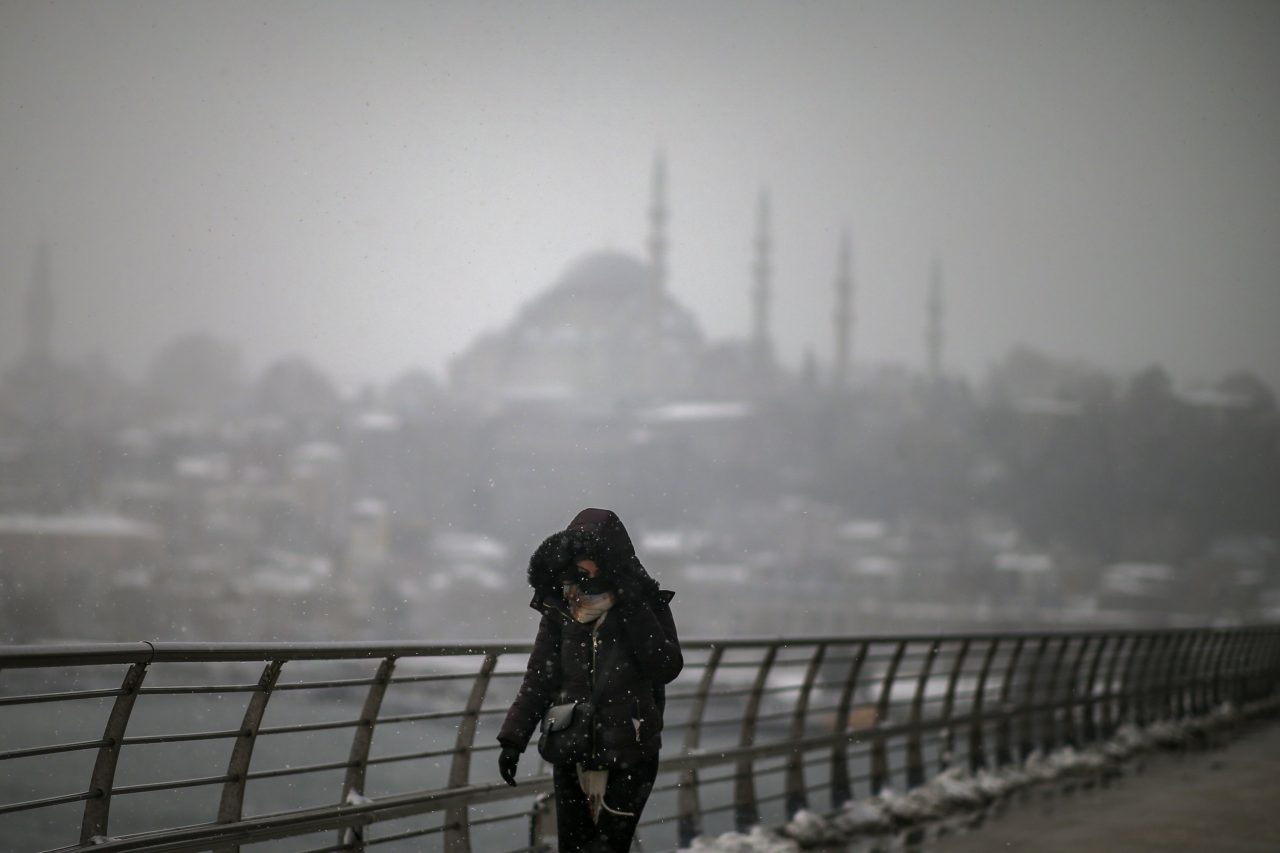 As forecasted, a weekend of heavy snowfall sweeps over part of Turkey and Greece causing disruptions and travel chaos.

Four lorries and a clearing vehicle crashed into each other on a motorway in Istanbul province on Saturday, according to the governor’s office. One driver was injured in the accident.

For a second day, air traffic from Istanbul’s airports was restricted. A thick blanket of snow covered the roofs of houses in the city.

The Turkish weather service expects a lot of snow to fall in Eastern Anatolia and around the Black Sea region in the coming days. A storm is also forecast in the Antalya region on Sunday.

Large parts of north and central Greece also saw hourslong snowfall on Saturday, including the islands of Skiathos, Skopelos and Skyros, as well as the mountainous regions of Crete.

In the north of the country, temperatures had dropped to around minus 15 degrees Celsius (5 degrees Fahrenheit) overnight.

Motorists have been ordered to travel with snow chains in parts of mainland Greece to prevent them from getting stranded.

The railways have also suspended traffic between Athens and the northern regions of the country for 24 hours, state radio reported on Saturday.

The Greek meteorological office expects the weather to gradually improve from Sunday afternoon.

Only a few weeks ago, an unexpected flurry of snow caused traffic chaos in both countries, with several thousand people stranded in their cars on motorways overnight.