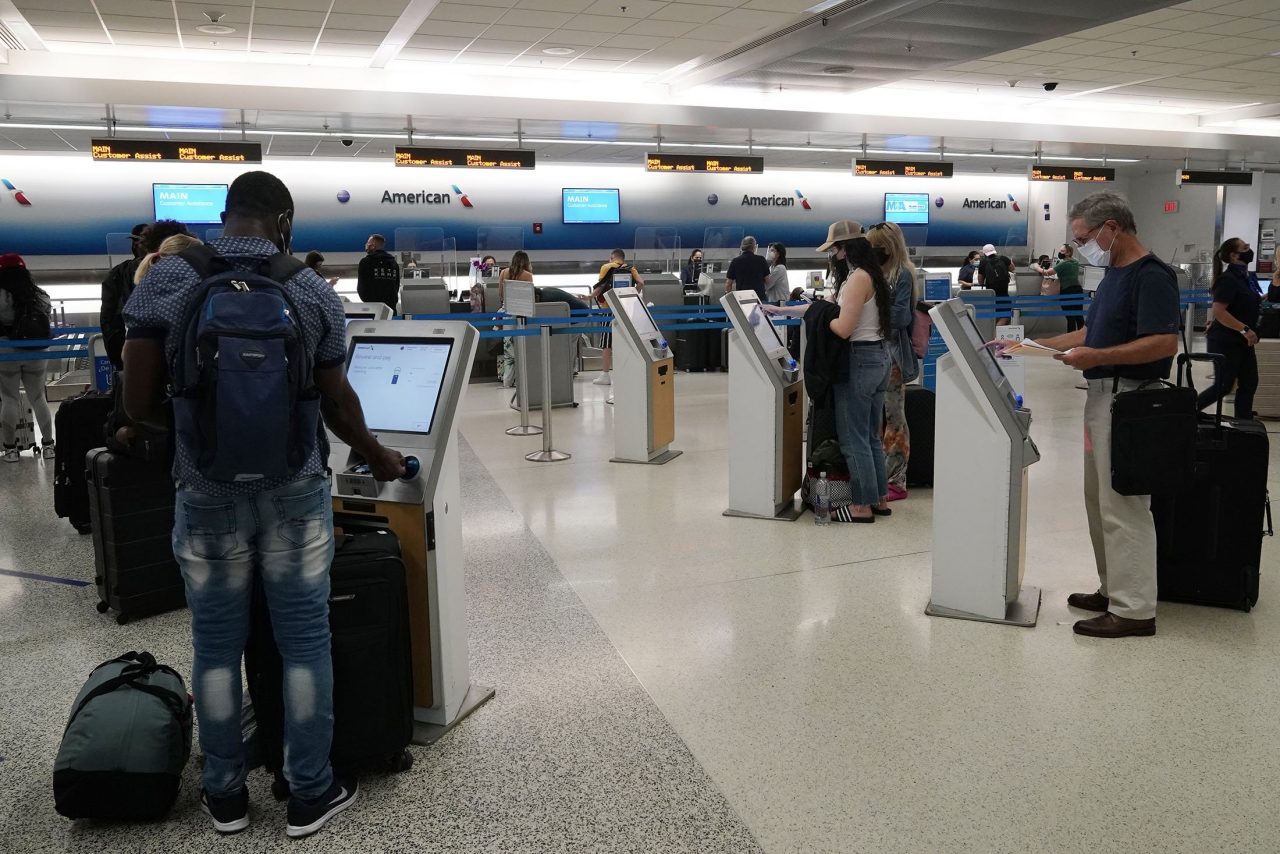 For the athletes at the 2022 Winter Olympics in Beijing, travel entailed … robots. Everywhere. These machines prepared and served noodles, rice and burgers, and roamed hallways to take the temperatures of passersby. They even passed the Olympic flame underwater. Yet even if you’re not an Olympian, your travels these days are far more likely to involve technology that you’ve never used before.

Many of these technological advancements were spurred by early pandemic pressure for contactless payments, food service and more. For example, between February and March 2020 alone, Mastercard saw the number of contactless payments at grocery stores grow twice as fast as non-contactless transactions. Meanwhile, the number of active restaurants on the Uber Eats food delivery app grew by over 75% between Dec. 31, 2019, and Dec. 31, 2020.

So, whether you found the Olympic robots creepy or cool, technology is seeping into travel in a way that most travelers are finding enormously beneficial. Whether shortening queues, helping travelers save money or eliminating the need to get within six feet of others, here are some of the top travel technology evolutions in 2022.

Most large hotel chains have long had free apps with features like booking and live chat, but many recently got big-time improvements.

Last summer, Hilton launched a feature that lets you book and instantly confirm connecting rooms on its app and website, which has proven especially helpful for groups.

Its app also can display a map of the hotel and allow you to select your exact room of choice, whether it’s the peaceful room farthest from the elevator or the one nearby for easy access. Some apps serve as a digital front desk, which then allows you to use your smartphone and smartwatch as digital keys. For example, digital keys in Hyatt’s mobile app use Bluetooth technology to let you unlock your hotel room with your phone at more than 600 hotels worldwide.

This past December, Hyatt made things even easier for Apple users by becoming the first hotel brand to offer room keys in Apple Wallet. At certain Hyatt hotels, you no longer need to open the Hyatt app; instead you can tap your iPhone or Apple Watch to unlock rooms.

Over at Hilton, which has offered digital keys to some degree since 2015, last year saw a huge update in Digital Key Share, which allows more than one guest to have digital access. The feature is currently available at about 80% of Hilton’s hotels worldwide.

In January, Clear, a private biometric screening company that lets paying members bypass certain security lines at busy areas including stadiums and airports, announced that it had acquired another company designed to reduce wait times – Whyline. The acquisition could allow Clear to improve virtual queues for processes like checking vaccine status or accessing airport lounges.

Meanwhile, Disney rolled out a feature in its U.S. theme park apps last October called Genie, which is intended to help vacationers better plan their day. By analyzing current lines and crowds, it can suggest more efficient itineraries. Food delivery apps have been disrupting room service lately by delivering food from around town – and eliminating the need to pay $10 for a bowl of room service cereal.

Hotels are leaning into the idea of letting other companies handle it. For example, Hyatt launched a pilot program with snack delivery service GoPuff in 2021 to deliver prepackaged and hot meals to rooms at select Hyatt Place locations. Hyatt says the program has been successful, and has since grown to more properties nationwide.

More recently, AtYourGate is testing services where you don’t even need to physically grab your food. Instead, robots bring it to you. A pilot program that launched in September has robots roaming around Los Angeles International Airport, bringing food directly to your gate.

The rental car industry has sometimes been brutal to travelers, but peer-to-peer car-sharing alternatives are expanding, providing consumers with more choices.

In the United States, Getaround cars can be booked on an hourly basis, and there’s no need to meet up with the owner to exchange keys. Cars are booked and unlocked through an app. Getaround expanded to Hawaii at the end of 2021, marking the 10th state that Getaround added to its portfolio in 2021 and the 22nd state in its history.