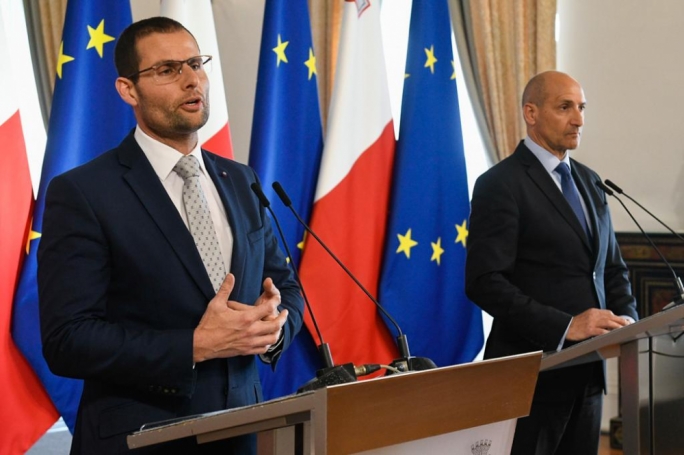 The Prime Minister Dr Robert Abela, announced that Restaurants, snack bars and kiosks will only be allowed to carry out take-away services under new restrictions that will come into force from tomorrow Friday 5th March 2021. Restaurants and other type of catering establishments within hotels and guest houses can serve in-house guests only. These new measures will apply until April 11.

The new measures include limiting inside family gatherings to four households, mass organised events banned apart from weddings and religious activities, hospital visits stopped and all contact sports for under-16 stopped.

Under new regulation, mass gatherings will be prohibited unless for weddings and religious activities.

Abela also announced that no more than four people hailing for different households will be allowed to congregate in one private gathering. Breach of the rule will carry a €100 fine.

He also said government workers will be going into telework. The PM called on the private sector to encourage teleworking.

Addressing the press conference, Health Minister Chris Fearne said the spread was aggravated within restaurants, leading government to roll out new restrictions related to the sector. He also said that private gatherings also led to a rise in cases. The health minister said a variant of the COVID-19 virus is also spreading rapidly among young children.

Dr Fearne said that government will be introducing new testing kits which are able to identify variants immediately. The new PCR testing kits that have been imported that will show in real time which of the patients who test positive have the UK variant.

nextMHRA, “Government's political test is now on how effective it will be to control the real COVID-19 spreaders and manage the vaccine roll outs”.