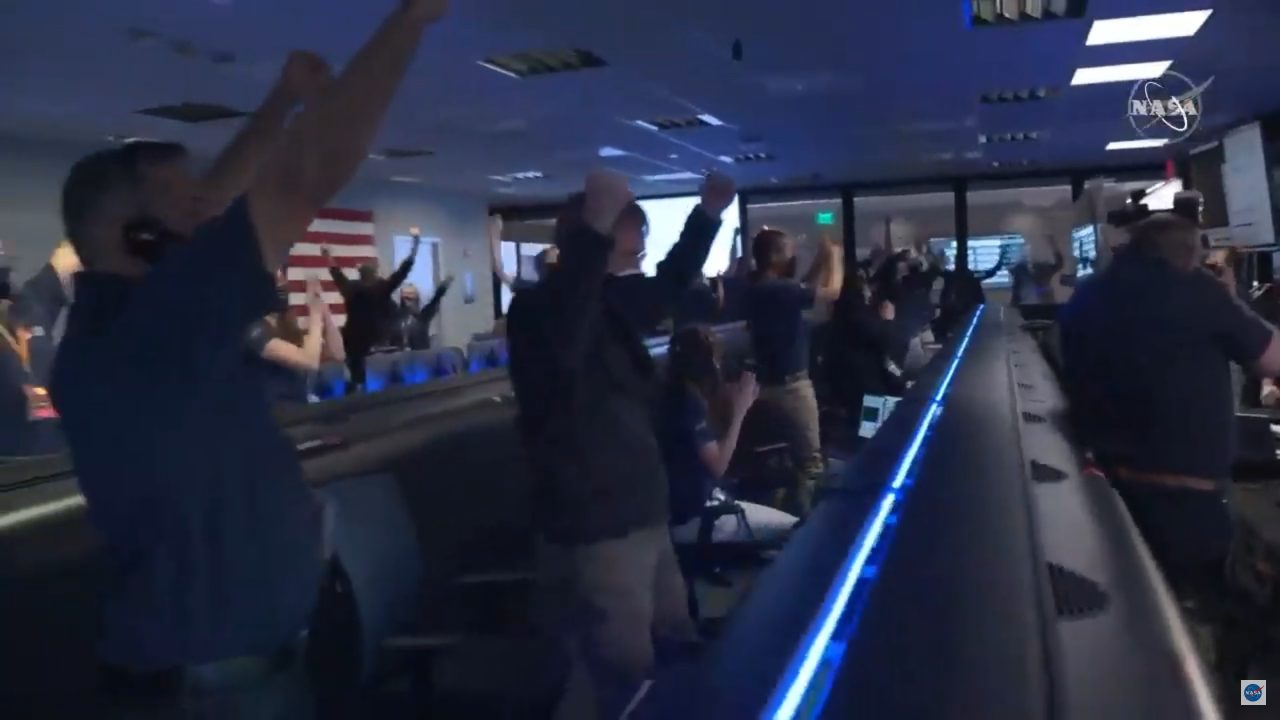 Mars rover Perseverance has landed on the surface of Mars after a white-knuckle descent involving picking a landing spot just moments before making a rocket-powered sky crane landing. The rover immediately sent back its first image of Jezero crater, which it will be exploring over the course of its mission.

A clearly tense but optimistic team watched as Perseverance made its final approach to Mars a few hours ago, confirming it was on track to hit the bullseye of Jezero Crater, the ancient delta where the rover will soon be roving.

Except for a few brief but expected communications blackouts caused by the superheated air around the craft as it entered the thin Martian atmosphere, the lander sent back a continuous stream of updates to the team on Earth — considerably delayed, of course, by the distance to the other planet.

The team, and charmingly the on-screen hosts at mission HQ audibly gasped, whispered “yes!” and made other signs of their excitement as news trickled in that atmosphere entry had occurred on time, that the craft hadn’t broken up during the ten-G braking maneuver, that the parachute had deployed, that a landing site was found by the ground-facing radar, that the powered descent and sky crane had commenced, and at last finally that the rover had safely touched down on the surface. 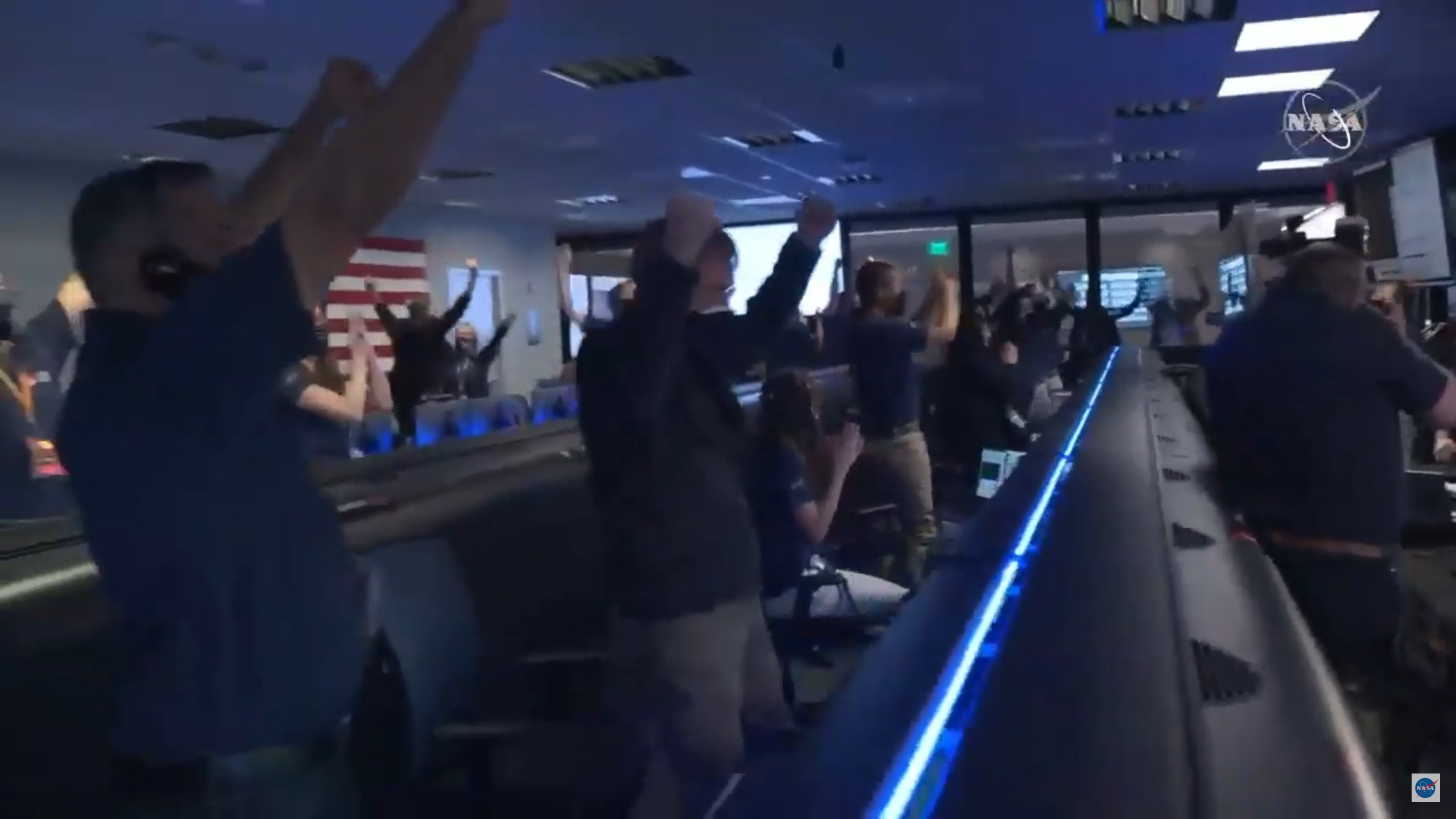 Cheering but, in accordance with COVID-19 precautions not (as they normally would) hugging each other, the team celebrated the landing and soon were treated to the first images sent back from the rover.

These initial pictures are low-quality ones sent just seconds after landing by the “hazard camera,” a fisheye used for navigation. As the dust settles (literally) and the rover initiates its more powerful devices and cameras, we’ll have new, color images — probably within an hour or two.

For a more complete look at the mission and its remarkable landing method, you can read yesterday’s profile of the Perseverance mission. The next few days will probably be less exciting than the terror-inducing landing, but soon the rover will be up and running around Jezero, looking for evidence of life on Mars and testing technology that could be used by human visitors in the future.

“We’re not ready to go there with astronauts yet, but the robots are ready,” said JPL director Michael Watkins on the broadcast. “We start by sending, you know, our eyes and arms there in the form of a robot. It is just fantastic to be able to do that, and to learn from each rover, learn from the science and the engineering, and make the next one better, and make more and more discoveries. Every time we do one of these missions, we make fabulous discoveries — and you know, each one is more exciting than the last.”

The exciting thing everyone is looking forward to, Mars helicopter Ingenuity, will hopefully take flight soon as well.

“We have a series of major milestones between now and the first flight. Tomorrow, we’ll turn on the helicopter, and the space station could confirm its health. The next major milestone will be when the rover deploys the helicopter on the surface, and that marks the first moment that Ingenuity operates on its own in a standalone manner, said MiMi Aung, project manager and engineering lead for Ingenuity. “Surviving that first cold frigid night of Mars will be a major milestone, then we’ll execute a series of checkouts, and then we will perform that very important first flight. And if the first flight is successful, we have up to four more flights in the thirty Martian days that we have set aside for our flight experiments.”