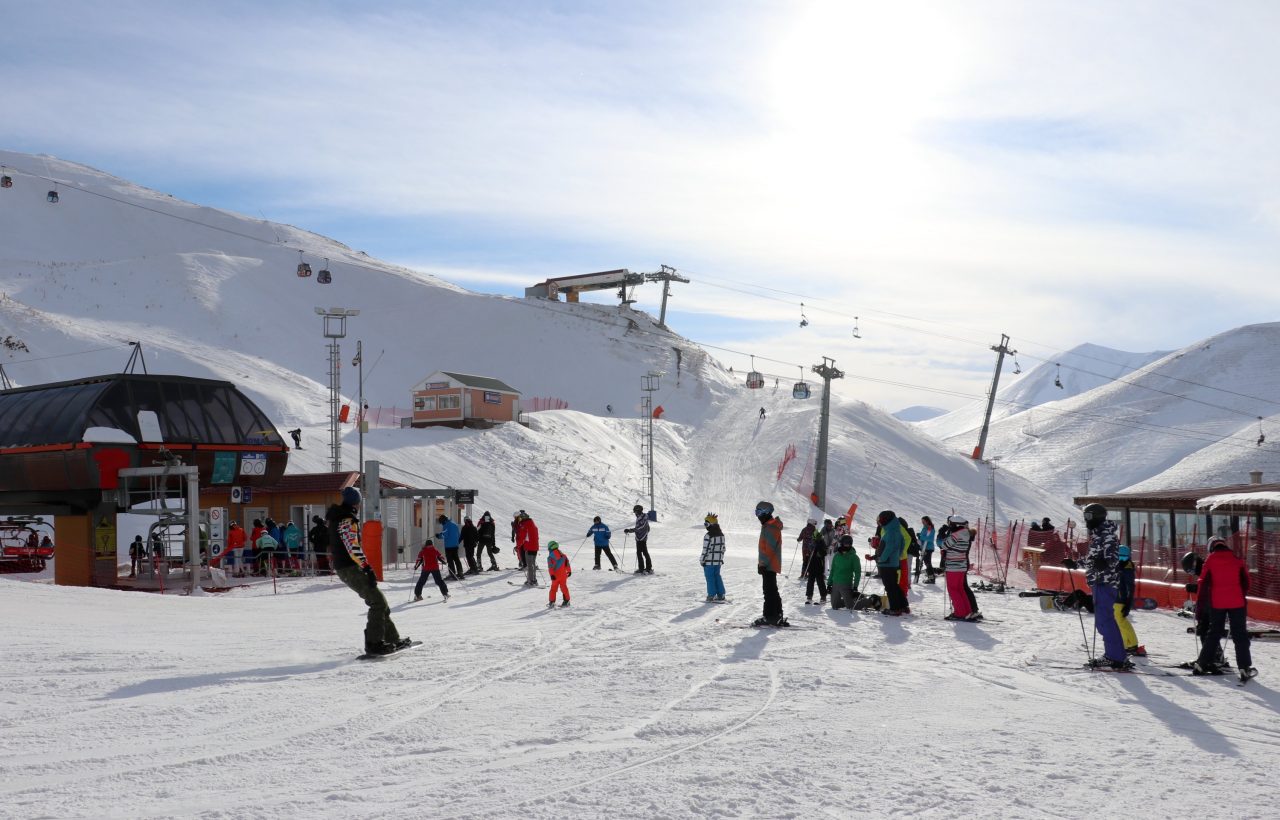 Palandöken ski resort in eastern Turkey’s Erzurum province has been attracting tourists from around the globe with its multitude of options for winter sports.

Both professionals and beginners can enjoy skiing down the 3,200-meter (around 10,500-foot) Ejder Peak, which attracts adrenaline enthusiasts every year domestically and from abroad.

The center, which is 15 minutes away from Erzurum Airport, has a CAT 3A system providing safe landing and take-off for aircraft.

Palandöken welcomes tourists from the United States, Ukraine, Norway and Russia, who come in groups these days.

Those who visit the center can partake in an array of activities from mountain skiing and ice climbing to live music events and night skiing on the illuminated tracks.

Elizabeth Kimmel from the U.S. told Anadolu Agency (AA) that it was her second time in Palandöken. On her first visit she stayed for a week, but this time she plans to stay for two.

“It is very easy to rent equipment here, so I chose this place. I get up in the morning and ski right away, then I have breakfast and spend time in the hotel cafe. I ski in the afternoon. I love Erzurum and its ski resort. I’ve never done night skiing, but I’m thinking of doing it,” she said.

Victoria Karaoz from Russia said it was her first time at the resort and that she found the tracks very suitable for skiing, adding that the instructors even speak Russian.

“There are tracks for every ski level, separated as blue, black and red. I’ve been to the big centers of Ukraine and Russia, but they’re not as big as here. The altitude here is also very high. I especially love the difficult tracks,” Dimitry Zvyagintsev from Ukraine said.

Odd Roar Olsen from Norway also said that the ski resorts in Norway are smaller in size with fewer people. He noted that things like the services and restaurants were advanced in Palandöken.

Palandöken ski resort can accommodate 12,000 skiers at once on its 24 trails, which are among the longest and steepest in the world. While beginners can enjoy eight easy and midlevel tracks, there are three advanced-level routes for enthusiasts who want to push the limits.

Two of these tracks have been registered for slalom competitions by the International Ski Federation (FIS), one being the world’s third-longest track and Turkey’s longest.

Currently, authorities are also trying to turn Palandöken into a year-round attraction for guests with new facilities and accommodation.

Erzurum Metropolitan Municipality Mayor Mehmet Sekmen previously said that given the unmatched natural beauty of the region, Palandöken has become a favorite spot for nature lovers and those who want to spend time away from the chaos of big cities.

A sky lounge opened its doors in 2017 at 2,700 meters above sea level at the Palandöken ski resort and promises its guests dinner with a unique landscape view. Built over pinewood grounds, the facility is resistant to sun, snow, cold temperatures and wind. Diners can enjoy their meals in the restaurant with full views of Erzurum day and night and have the chance to watch other skiers enjoying the snow. The sky lounge is also open throughout the year for those who want to take in the immense beauty of Palandöken Mountain.