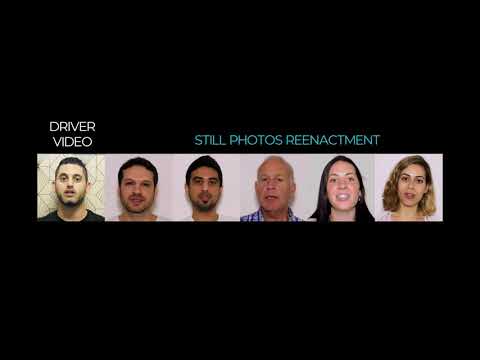 AI-enabled synthetic media is being used as a tool for manipulating real emotions and capturing user data by genealogy service, MyHeritage, which has just launched a new feature — called ‘deep nostalgia‘ — that lets users upload a photo of a person (or several people) to see individual faces animated by algorithm.

The Black Mirror-style pull of seeing long lost relatives — or famous people from another era — brought to a synthetic approximation of life, eyes swivelling, faces tilting as if they’re wondering why they’re stuck inside this useless digital photo frame, has led to an inexorable stream of social shares since it was unveiled yesterday at a family history conference…

This is my great-grandmother, Kathleen. I’ve always felt so close to her even though she died when I was 2 years old. This #DeepNostalgia video brought tears to my eyes to see her move, almost like seeing her as she was posing for this photo. Remarkable! #RootsTechConnect pic.twitter.com/ZRc41JOo3e

MyHeritage’s AI-powered viral marketing playbook with this deepfakery isn’t a complicated one: They’re going straight for tugging on your heart strings to grab data which can be used to drive sign ups for their other (paid) services. (Selling DNA tests is their main business.)

It’s free to animate a photo using the ‘deep nostalgia’ tech on MyHeritage’s site but you don’t get to see the result until you hand over at least an email (along with the photos you want animating, ofc) — and agree to its T&Cs and privacy policy. Both of which have attracted a number of concerns, over the years.

Last year, for example, the Norwegian Consumer Council reported MyHeritage to the national consumer protection and data authorities after a legal assessment of the T&Cs found the contract it asks customers to sign to be “incomprehensible”.

In 2018 MyHeritage also suffered a major data breach — and data from that breach was later found for sale on the dark web, among a wider cache of hacked account info pertaining to several other services.

The company — which, as we reported earlier this week, is being acquired by a US private equity firm for ~$600M — is doubtless relying on the deep pull of nostalgia to smooth over any individual misgivings about handing over data and agreeing to its terms.

The face animation technology itself is impressive enough — if you set aside the ethics of encouraging people to drag their long lost relatives into the uncanny valley to help MyHeritage cross-sell DNA testing (with all the massive privacy considerations around putting that kind of data in the hands of a commercial entity).

Looking at the inquisitive face of my great grandmother I do have to wonder what she would have made of all this?

The facial animation feature is powered by Israeli company D-ID, a TechCrunch Disrupt battlefield alum — which started out building tech to digital de-identify faces with an eye on protecting image and video from being identifiable by facial recognition algorithms.

It released a demo video of the photo-animating technology last year. The tech uses a driver video to animate the photo — mapping the facial features of the photo onto that base driver to create a ‘live portrait’, as D-ID calls it.

“The Live Portrait solution brings still photos to life. The photo is mapped and then animated by a driver video, causing the subject to move its head and facial features, mimicking the motions of the driver video,” D-ID said in a press release. “This technology can be implemented by historical organizations, museums, and educational programs to animate well-known figures.”

It’s offering live portraits as part of a wider ‘AI Face’ platform which will offer third parties access to other deep learning, computer vision and image processing technologies. D-ID bills the platform as a ‘one-stop shop’ for syntheized video creation.

Other tools include a ‘face anonymization’ feature which replaces one person’s face on video with another’s (such as for documentary film makers to protect a whistleblower’s identity); and a ‘talking heads’ feature that can be used for lip syncing or to replace the need to pay actors to appear in content such as marketing videos as it can turn an audio track into a video of a person appearing to speak those words.

The age of synthesized media is going to be a weird one, that’s for sure.

Sentinel loads up with $1.35M in the deepfake detection arms race