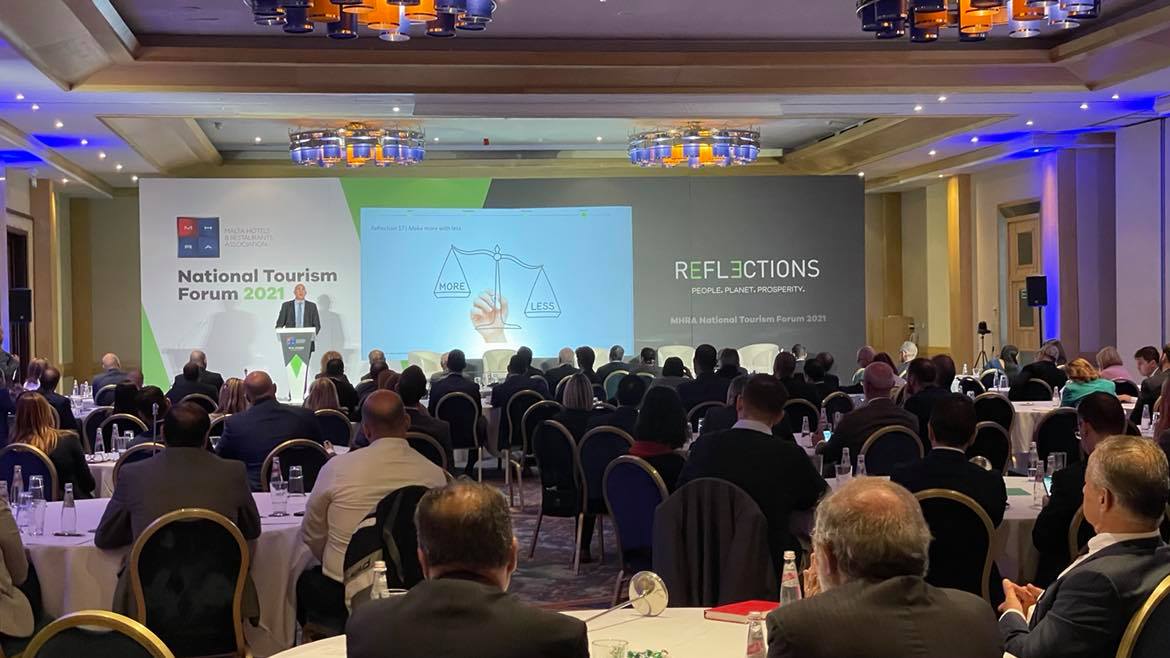 Malta would have faced a downturn in tourism even if the Coronovirus pandemic had not hit, as the number of available beds was growing higher than the actual demand, a study presented to the Malta Hotels and Restaurants Association shows.

Presenting the results of a study at an MHRA National Tourism Forum, Raphael Aloisio, a Financial Advisory Leader at Deloitte, said that “the writing was on the wall” for the tourism industry

The increase in the number of available beds was having an impact on profit, and the 10-year growth leading up to 2019 was on a downward trend.

The industry however suffered a blow with the Covid-19 pandemic, but although the airport has reopened and numbers are picking up, the pre-pandemic level is still far from being reached.

Aloisio said that the “signs of overheating” were already evident in 2019, as revenue started to stabilise for the first time despite tourist numbers continuing to rise.

That indicated that as the number of beds available increased, room rates started to be hit, he said.

“If supply exceeds demand, notwithstanding that demand was increasing, the reality is that it will have an impact on rate which will have a direct impact on profitability,” he said.

“However, the writing was on the wall. The pressures of increased in-supply were starting to raise their dangerous horns and starting having an impact on performance.”

“If it were not for COVID, would the level of supply have continued to increase faster than the increase in tourism numbers? Given the physical limitations of an island, the level of tourists that can be brought here has a natural limit,” he said.

“Does this mean that we should place a freeze on development? Not at all. But we have to achieve sustainability.”

“Instead of simply growing, we need to focus on evolving. Evolving our product and service offering to be in line with future aspirations,” Aloisio said.

The industry also saw a growing reliance on foreign workers to be able to continue functioning. Between 2010 and 2018, the national workforce rose from 165,000 to 239,000, with tourism accounting for 12,000 of the extra jobs jobs, a total of 16% of the share in the workforce increase.

Sixty-two per cent of the total increase in the employment sector was taken up by foreign employees. With unemployment levels continuously low, that indicates that was a challenge to find workers even before the difficulties imposed by the pandemic. previousMHRA, “Budget 2022 - An Investment in Quality of Life”