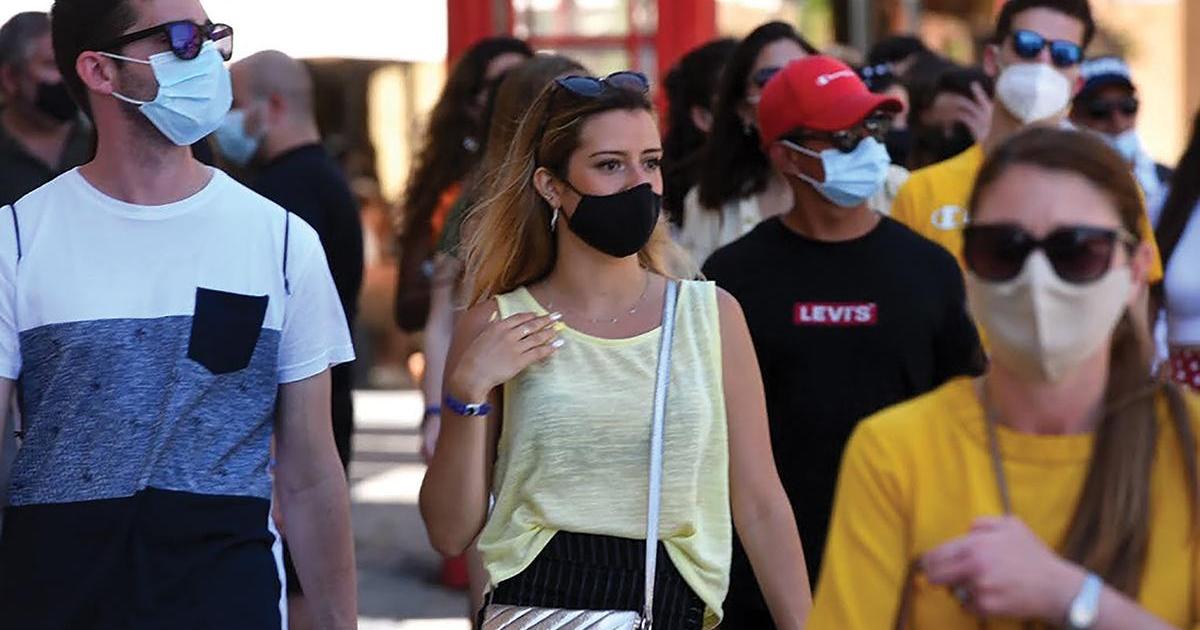 Mask-wearing is being extended to open public spaces from Saturday, Maltese Deputy Prime Minister and Minister for Health Dr Chris Fearne announced on Thursday, in a bid to keep coronavirus under control during the festive season.

The measure applies to everybody, whether vaccinated or not. Mask-wearing had been phased out last July after a fast vaccination rollout programme. People will not need to wear a mask when sitting in a restaurant or bar.

“Mask-wearing and booster vaccines are effective to contain COVID-19,” the minister said, adding that the measure would become applicable even when walking alone outdoors, in public spaces, workplaces and businesses.

Asked why people who are walking outdoors on their own would still need to wear masks, the minister said the probability was that they would meet others, and when that occurred, it was wise to be protected. Furthermore, social contact is bound to increase over the festive period.

Fearne did not reply when asked what fines pedestrians would face, if any, if not wearing a mask. He did not reply, either, if he feared that such a measure could spark a backlash from the public who would deem it extreme in a country where the vast majority are vaccinated.

The European Centre for Disease Prevention and Control does not recommend wearing a mask outdoors. However, it says that in areas with community transmission of COVID-19 one may consider wearing a face mask in “crowded outdoor settings”.

“We are introducing this measure now because while case numbers are currently not catastrophic, when you see the possible impact that increased cases and the arrival of Omicron may have, it’s better not to wait for it to become catastrophic and take steps earlier.”

The development comes as COVID-19 cases remain relatively high, even if hospitalisations have remained relatively low.

The authorities, Fearne said, have no current plans to introduce other new restrictions but current restrictions need to be respected, including the need for private gatherings over Christmas to be contained within a maximum of four households.

He also announced that the health authorities will be reducing the time span between the second and third dose of the COVID-19 vaccine from six to four months.

The minister said that all those aged over 50 who had their second dose four months ago can now register for their booster shot.

“We have been seeing cases of reduced immunity and breakthrough infections,” the minister said.

No cases of Omicron in Malta, yet

But the good news was that it had been shown that the booster shot, using Pfizer or Moderna vaccines, was very effective to contain the new Omicron variant of COVID-19.

The minister confirmed that no cases of the new Omicron variant had been found in Malta yet, although, he said, it was inevitable that it would reach Malta eventually, in the same way as it was spreading across Europe.

Vaccinations for children from Tuesday

He also announced that the administration of the vaccine for children aged 5-11 will start next Tuesday. Parents will be receiving invitations, by telephone SMS or a letter, with priority being given to vulnerable children.

Replying to questions, the minister said a third of eligible people have so far been given the booster jab and take-up remains high.

Asked whether he felt vaccination should become mandatory, like some other European countries, he said that at this stage, such decisions would remain in the national competence and Malta did not see the need for such action since vaccination uptake here is high.