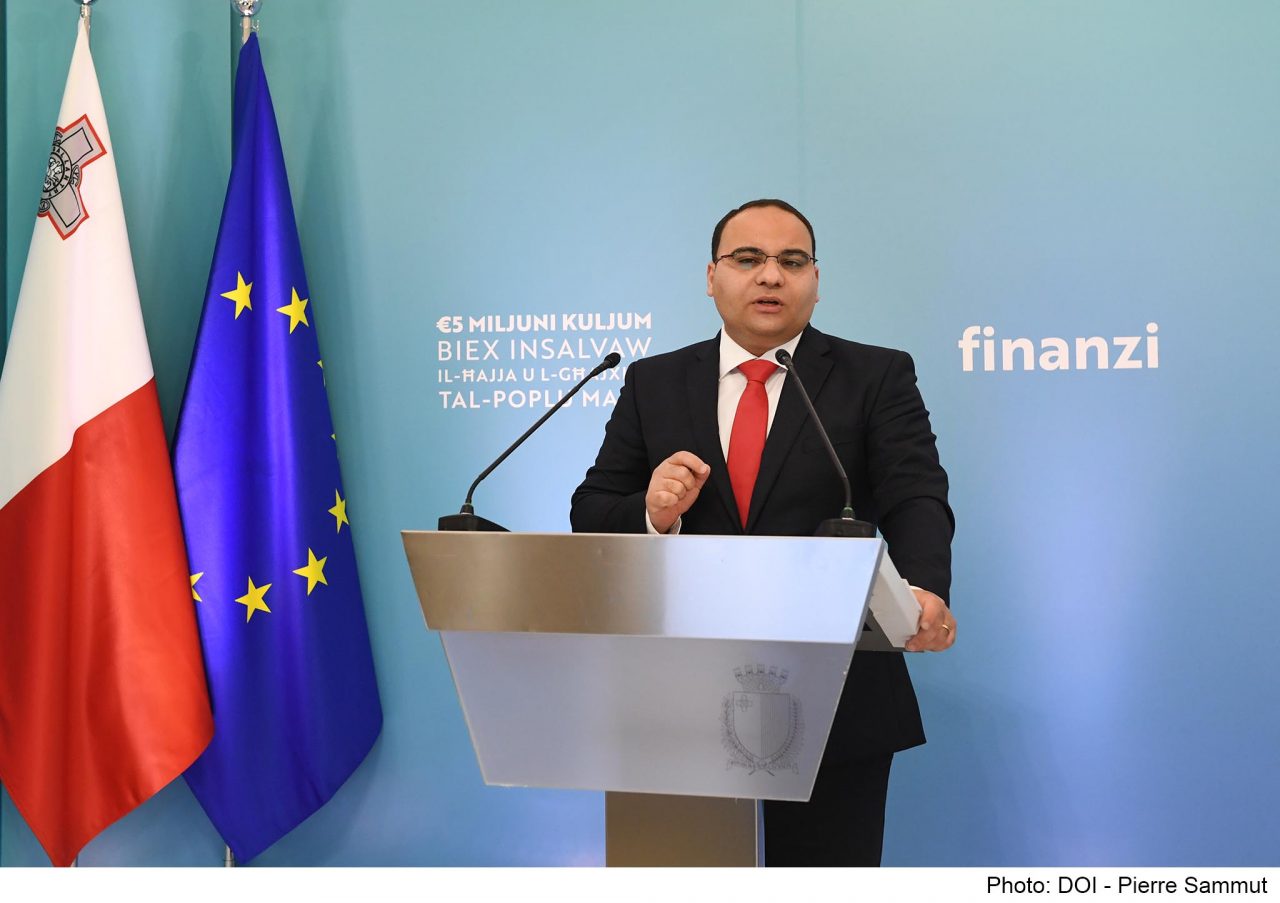 The deficit that Malta is expecting for the year 2021 is forecasted at 12.1%, but the Government expects the GDP growth to be the highest in the EU, Minister for Finance and Employment Clyde Caruana said today.

In spite of this, the government does not plan to introduce any taxes in the near future, Caruana said when addressing the media.

“The pandemic is costing the government €5 million per day; this is due to spending €3 million more per day because of the pandemic and a reduced government income due to lack of economic activity,“ Minister Caruana remarked.

During the last budget, it was predicted that in 2021, the deficit would stand at 5.9%, but now it has been revised to stand at 12%. “The deficit that Malta is expecting for the year 2021 is forecast at 12.1%, but the Government expects the GDP growth to be the highest in the EU in 2022, Minister for Finance and Employment Clyde Caruana said.

Before the pandemic, the Government was also forecasting that the country would have a surplus of 1.4%, but it now stands at 10.1% deficit in 2020. The Minister explained that this is due to an increase of 43% in expenditure and a decrease of 57% in revenue.

The Minister said Malta spent €647 million more than was projected prior to the pandemic. €384 million were spent on the wage supplement, €43 million in vouchers and other benefits amounted to around €38 million, amongst other things. Health costs rose to €74 million, while repatriation flights cost €50 million.

Government income was reduced by €846 million than was predicted. Primarily, this was due to a lack of income from VAT as people spent less – which is €272 million less than predicted before the pandemic – while revenue from duty on documents resulted in €72 million less.

The expenditure increase will be seen mostly due to the €375 million in wage supplement, €71 million more in Health, amongst other things. “We are also predicting to see more expenditure in terms of allowances and overtime,” Caruana said.

The Minister also noted that the government will lose €309 million in VAT, while duty on documents will result in a loss of €86 million, amongst other things.

Even though Malta was one of the most that suffered in the EU in terms of GDP, Malta managed to safeguard jobs through the government’s help and interventions, so much so that they increased the number of people in employment, Caruana remarked.

He mentioned that Malta has the highest change in employment rate in the EU. “Our business market is still very strong,” he said.

The Minister noted that lack of tourism was one of the biggest factors in all of this. The minister said that for every 2.8 million tourists that Malta was used to seeing, only 660,000 tourists came in 2020. Furthermore, for every €100 that tourists used to spend, last year they spent only €20 on average.

Although there are these grim factors, the minister reiterated that he “absolutely” expects that there will be no increase in taxes at any point in the near future.

“The debt that our country has, in comparison to other countries, is relatively low; one of the smallest in the rest of Europe when compared to the GDP of the country,” the Minister remarked. He noted that this is an important factor for economic success.

“The government was decisive in the amount of expenditure. So, last year, despite the deficit, our country still managed to safeguard our businesses. I predict that in the coming months we will have a higher employment rate. I will see that this continues to be strengthened,” he observed. previousRace to save Cyprus corals from Climate Change, Mass Tourism