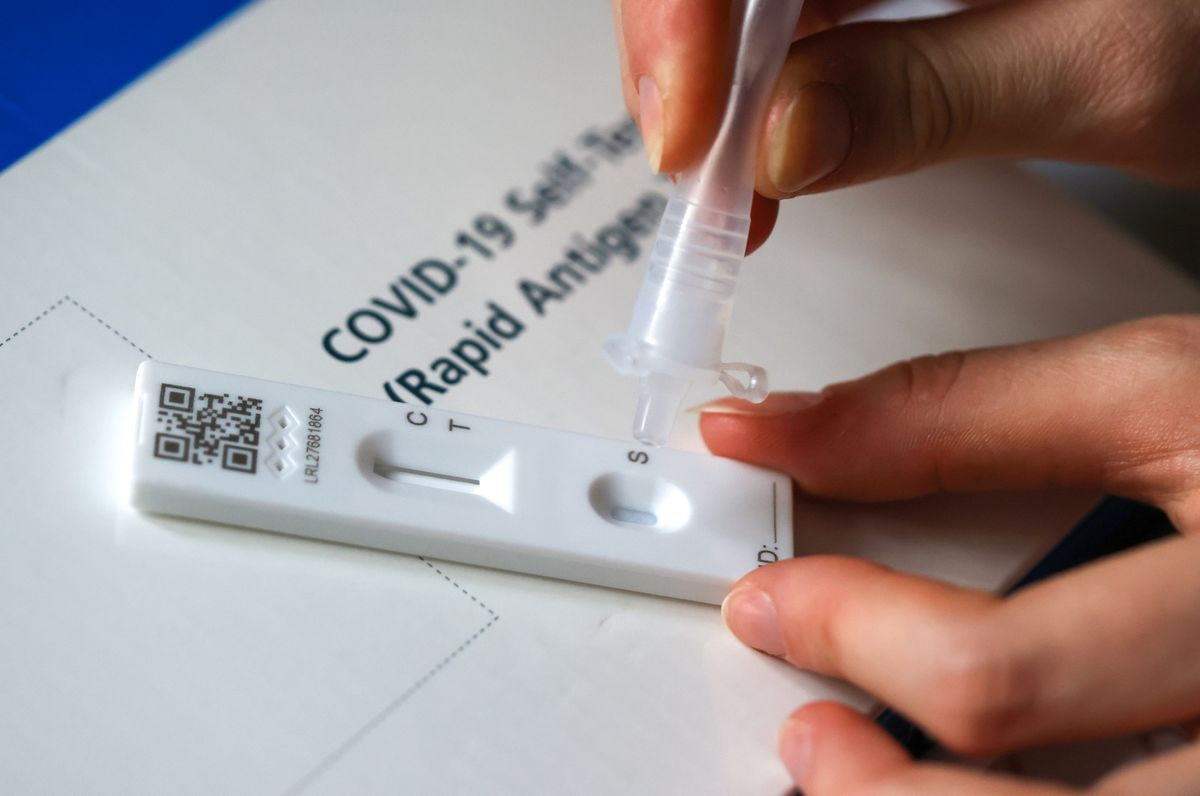 COVID self-testing will this week become legal in Malta, while those travelling to Malta from a country on the red list will be allowed in with a negative PCR test or a recovery certificate.

Children will no longer need to wear a mask in schools after April 13, while a second booster will be offered to the most vulnerable, Chris Fearne said on Monday morning.

He was speaking to TVAM hosts Pablo Micallef and Mario Xuereb over the phone after testing positive for the virus last week, days after celebrating the general election result in a packed counting hall.

The Health Minister said he only had cold-like symptoms thanks to the vaccine booster.

He noted how the number of cases in the community increased over recent days, with the seven-day moving average being that of 640 new cases daily.

However, the virus cases in ITU remained low: right now there are five people with COVID receiving intensive treatment. This remains the lowest rate of people in ITU in all of the EU and also means that immunity in the community is high, he added.

He confirmed that from April 10, standing events outdoors will not require a vaccine certificate and there will not be a capping on the number of people who can hang out in the same crowd.

From April 12, most of those flying in from a red country will need a vaccine or recovery certificate (not older than 180 days) or a negative PCR (not older than 72 hours).

The use of masks, which is no longer obligatory, but recommended outdoors, will also no longer be obligatory in schools after April 13.

Self-testing will start being allowed as of this week, reflecting the government’s intention to encourage more self-regulation than strict measures. If the result turns out to be positive, the person taking the test needs to go into quarantine and speak to their GP.

Despite being widely available in many EU countries, self-test kids had been banned in Malta. The ban had led to a boost in test kits available via the black market.

The country will also offer a second booster to those with immuno-compromised conditions and people in homes for the elderly. This will be on a voluntary basis and will not have an impact on the vaccination certificate.

“We will gradually approach normality while protecting the vulnerable”, Fearne said.

The Health Minister was speaking one week after Prime Minister Robert Abela promised to lift all COVID restrictions, leaving it up to people to choose how to safeguard their own well being. The Malta International Airport and Malta Hotels and Restaurants Association had welcomed the news,

The University of Malta and the Junior College meanwhile noted that following Abela’s comments, the situation was very fluid and were waiting for details on the lifting of restrictive measures to draft plans for students in quarantine who miss SEC or Matriculation exams.

The health authorities no longer provide a daily COVID update on the Facebook page saħħa, with the updates being stopped the day Abela was sworn in as Malta’s eighth prime minister.

nextMHRA calls for the removal for all remaining COVID restrictions