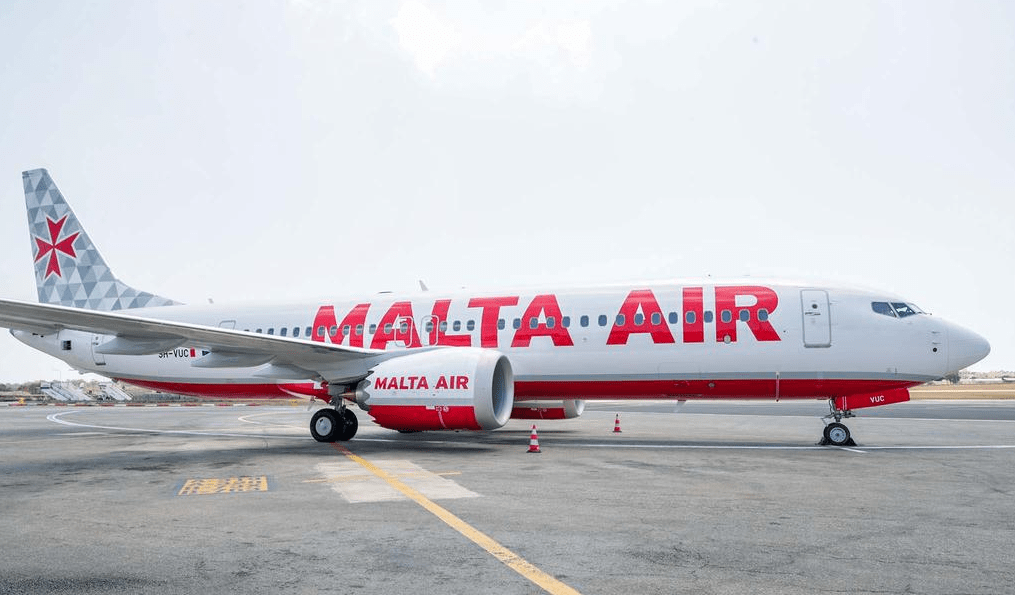 Malta Air’s first Boeing 737-8200 has arrived in Malta, and is expected to carry 4% more passengers than its predecessors.

“This will enable the Ryanair group to develop its environmentally friendly, great service, flights direct to Malta as it leads European aviation recovery,” O’Brien said.

Transport Minister Ian Borg called the arrival of Malta Air “a strong endorsement of the excellence and professionalism of Malta’s Civil Aviation Directorate.”

“Direct air connections are vital to Malta, and I am delighted that these new aircraft can deliver more connections and visitors to Malta while at the same time reduce fuel, CO2 and noise emissions,” Borg said.

O’Brien added that the oversight from Transport Malta and the Civil Aviation Directorate had been rigorous. “Our team of over 3,500 aviation professionals at Malta Air will continue to work hard to secure as many of the Ryanair Group’s 210 aircraft order as possible for Malta,” O’Brien said.

Asked by the media regarding reports that Ryanair was not checking COVID-19 travel documents, O’Brien said that Ryanair’s checking has been rigorous, and that the airline was doing well under the circumstances. “The airline cannot be expected to be at the same level as customs officials,” he said.

Commenting on the ECDC red listing Malta, O’Brien remained positive that Malta was still a desirable destination due to its high vaccination rates. “I hope that in future, other countries beef up their vaccination rates, and Malta will rethink its policy of only allowing vaccinated travellers.”