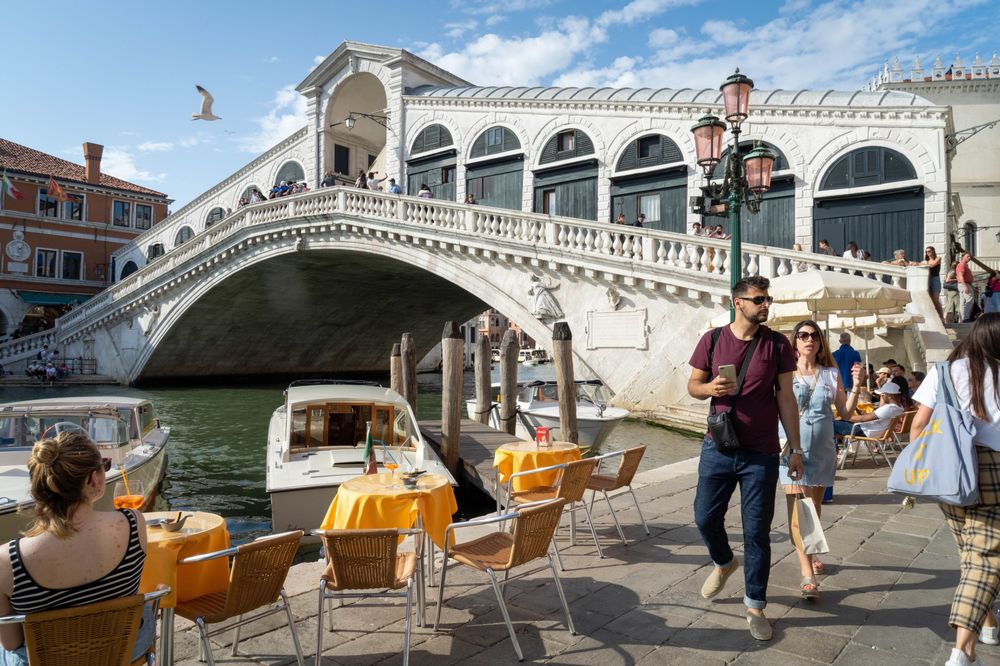 Venice could begin charging tourists who visit from summer 2022 onwards, according to reports.

The Italian city has tried to cope with rising numbers of visitors for many years and this month it banned large cruise ships.

Now Italian newspaper La Stampa has reported that several measures have been proposed to control tourist numbers, such as an online booking system and a fee to enter the city.

Visitors are expected to enter the city via Disneyland-style electronic turnstiles.

The proposed fee will vary between €3 and €10, reported La Stampa, according to whether the visit is in low or high season.

Before the pandemic, more than 25 million people visited the city each year.

Last month, Venice announced it will ban cruise ships, after years of lobbying by activists to protect the city’s environment and heritage.

The ban took effect on August 1 and covers all ships weighing more than 25,000 tons from the Giudecca Canal that leads past Piazza San Marco, the city’s most famous landmark.

The city aims to provide alternative docking arrangements in time for the 2022 season.