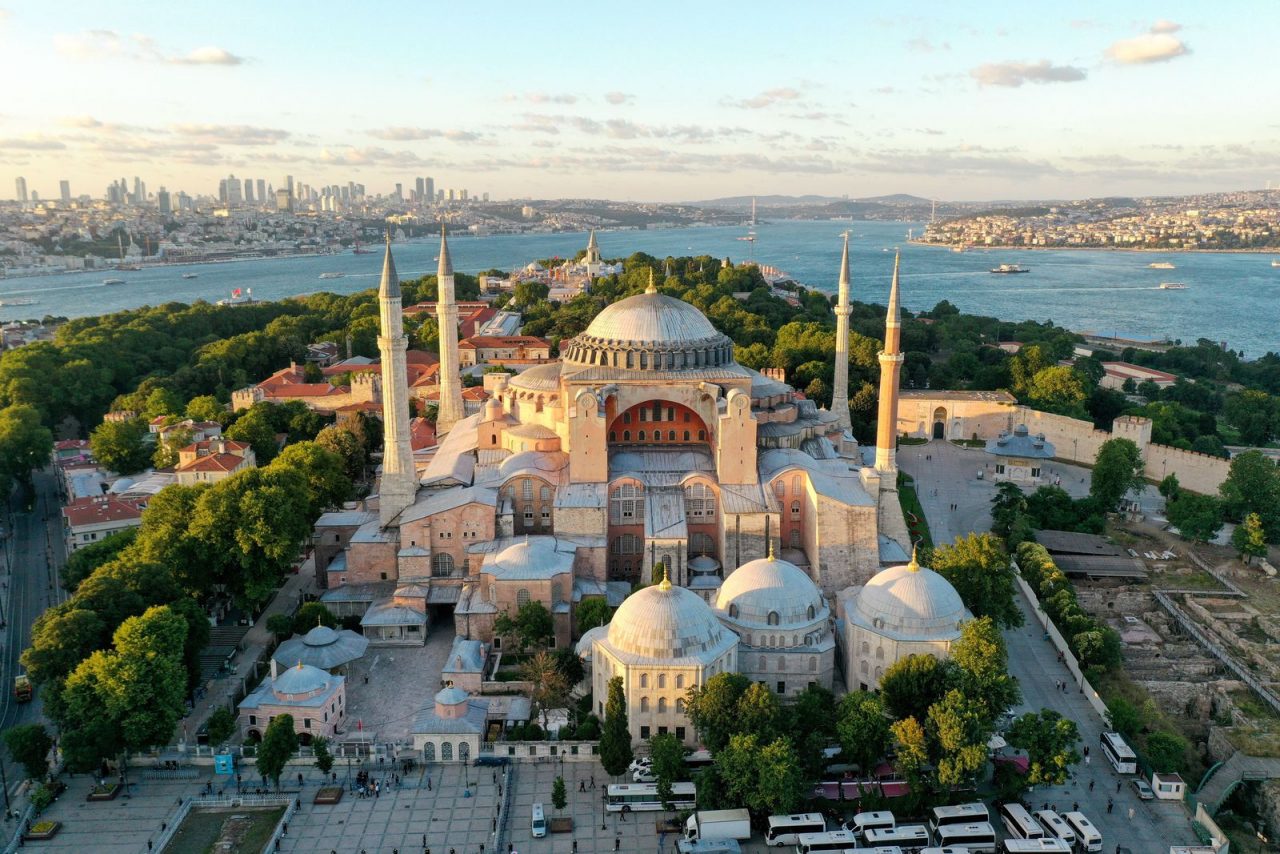 Hagia Sophia Grand Mosque marks the first anniversary of its reversion to a mosque Saturday and in one year, it received more than 3 million visitors

It was an iconic moment in Istanbul and Turkey’s history when Hagia Sophia left behind its status as a museum and was restored to its former glory as Hagia Sophia Grand Mosque on July 24, 2020.

In a year marked with restrictions related to the coronavirus pandemic, it managed to remain as popular as ever. From Turks from all around the country to tourists, it received more than 3 million visitors, officials say.

Mustafa Yavuz, acting mufti of the city where landmark ancient mosques dot the skyline, like Hagia Sophia’s neighbor Blue Mosque, says he believes this number will increase further, with the end of flight bans by other countries. Locals already show immense interest in the historic structure, especially after all curfews and most other pandemic restrictions were lifted July 1.

The iconic monument served as a church for 916 years until the conquest of Istanbul. It then served as a mosque from 1453 to 1934 – nearly 500 years – and most recently as a museum for 86 years. One of the most visited historic buildings in Turkey by domestic and international tourists, Hagia Sophia was added to the UNESCO World Heritage List in 1985.

On July 10, 2020, a Turkish court annulled a 1934 Cabinet decree that had turned Hagia Sophia into a museum, paving the way for its use again as a mosque after the 86-year hiatus.

President Recep Tayyip Erdoğan and a huge crowd overflowing into the nearby streets attended the inauguration of Hagia Sophia as a mosque again. The Presidency of Religious Affairs (Diyanet), of which Istanbul Muftiate is a subsidiary and is responsible for overseeing religious services at the mosque, covered Hagia Sophia with carpets for prayers of Muslim faithful. The mosque is open to people of other faiths as well.

Yavuz told Anadolu Agency (AA) Friday that Hagia Sophia drew tremendous interest despite the pandemic, where regular curfews curbed the number of visitors. The mosque, like others all across Turkey, remained open, with strict social distancing measures and the mandatory mask rule for anyone performing prayers or visiting the place.

He said its symbolic value meant much for Muslims, as its conversion to a mosque after Istanbul’s conquest was one of the signs of Muslims taking over the city’s rule.

Yavuz said despite crowds streaming into the mosque during the pandemic, they did not encounter any difficulties, noting that they allowed only a small number of people in groups to enter the mosque, to prevent any problems.

“People also complied with rules of social distancing and masks,” he said.

Hagia Sophia received approximately 5,000 visitors on weekdays and about 12,000 during weekends, throughout 2020 and 2021. Yavuz stated that afternoon prayers, in particular, had high attendance, with up to 1,500 people praying at the same time.

During Friday prayers obligatory for Muslims to be performed in congregation, this number triples and sometimes more, with a large congregation performing prayers in its courtyard and over a stretch of Sultanahmet Square where Hagia Sophia is located. Apart from prayers, the mosque also hosts classes for hadith and tafseer or exegesis of the Quran.

nextCovid-19 Certificate to be Mandatory in Many places in Italy