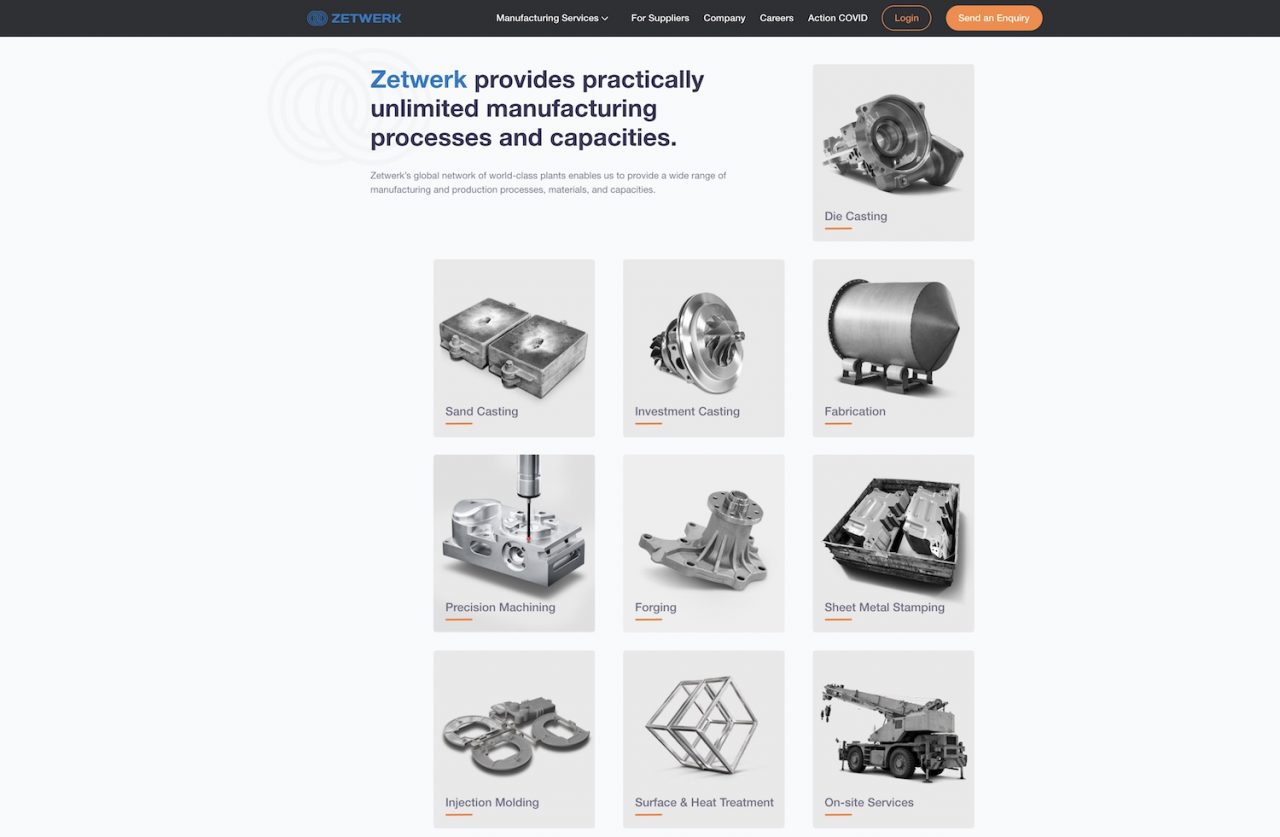 When you want to buy a refrigerator or a television, you can walk to the nearby electronics store or visit an e-commerce website like Amazon. But where do you go when you’re looking for parts of a crane, a door or chassis of different machines?

For several businesses globally, the answer to that question is increasingly Zetwerk, a Bangalore-based startup.

All the products it sells today are custom-made. “Nobody has a stock of such inventories. You get the order, you find manufacturers and workshops that make them,” explained Amrit Acharya, co-founder and chief executive of Zetwerk, in an interview with TechCrunch.

Its customers — there are over 250 of them, up from 100 a year ago — operate across two-dozen industries (including process plants, oil & gas, steel, aerospace, medical devices, apparel and luxury goods) in the infrastructure space, and approach Zetwerk with digital designs they wish to be translated into physical products.

Customers aren’t alone in seeing value in Zetwerk. On Wednesday, the Indian startup said it has raised $120 million in a Series D financing round led by existing investors Greenoaks Capital and Lightspeed Venture Partners. Existing investors Sequoia Capital and Kae Capital also participated in the Series D round.

The new round, which brings Zetwerk’s to-date raise to $193 million, gives the firm a post-money valuation of somewhere between $600 million to $700 million, a person familiar with the matter told TechCrunch. (A quick side note: Zetwerk announced a $21 million Series C round last year, but ended up raising $31 million in that round.)

Zetwerk was co-founded by Acharya, Srinath Ramakkrushnan, Rahul Sharma and Vishal Chaudhary. Long before Acharya and Ramakkrushnan joined forces to tackle this space, they had been contemplating this idea.

Both of them studied at IIT Madras, went to the same exchange program in Singapore, and were colleagues at Kolkata-headquartered conglomerate ITC. While working there, they realized that part of a product manager’s job at the firm was dealing with gazillions of suppliers and the manufacturing items they offered.

The process was archaic: There were no databases, and people couldn’t track shipments.

The early version of Zetwerk, which was a database of suppliers, was a direct response to this. But after listening to requests from customers, the startup saw a bigger opportunity and transformed itself into a full-fledged marketplace with integrations with third-party vendors. Once a firm has placed an order, Zetwerk allows them to keep tabs on the progress of manufacturing and then the shipping. There are also quality checks in place. 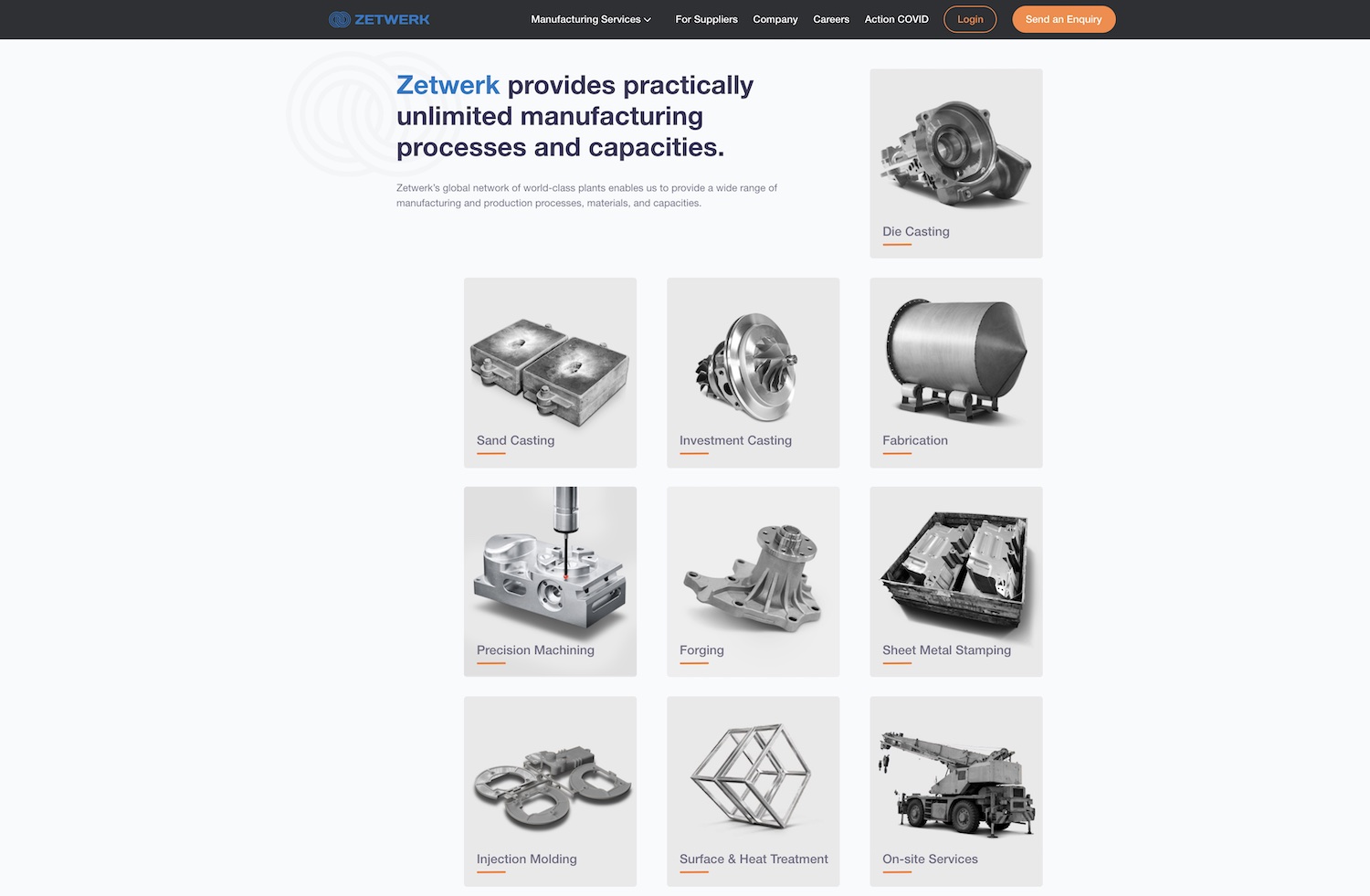 Zetwerk operates in such a unique space today — Shailesh Lakhani, managing director at Sequoia India, says the startup has defined a new category of marketplace — that by and large it’s not competing with any other firm in India — or South Asia. (The startup competes with domain project consultants in the offline world.)

The opportunity in India itself is gigantic. According to industry reports, manufacturing today accounts for 14% of India’s GDP. Vaibhav Agarwal, a partner at Lightspeed, estimates that the market is as large as $40 billion to $60 billion in India and global trade-tailwinds that creates opportunity to serve international demand.

As more and more companies expand or shift their manufacturing to India — in part due to import duties imposed by India and geo-political tension with China, the global hub for manufacturing — this opportunity has only grown bigger in recent years.

“India has a lot of depth in manufacturing, but much of it has not been tapped well,” said Acharya.

Zetwerk — which grew 3X last year and reported revenue of $43.9 million in the financial year that ended in March, a 20X growth from the year prior — plans to deploy the new capital to expand to more areas of categories, and broaden its technology stack. Consumer goods (which covers items such as mixer grinders and TVs) is an area Zetwerk expanded to last year, and said it accounts for 15% of the revenue it generated in the last six months.

Currently 25 of its customers are in the U.S., Canada, Europe and other international markets. Acharya said the startup plans to open offices overseas this year as it scouts for more international customers.

“We are excited to partner with Zetwerk on the next leg of their journey, as they expand their value proposition globally. Zetwerk’s operating system for manufacturing has digitized multiple supply chains end-to-end, ensuring on-time delivery and high quality standards. This has led to rapid growth in India and internationally, with the potential to quickly become one of the most important manufacturing platforms globally,” said Neil Shah, partner at Greenoaks Capital, in a statement.

previousDaily Crunch: Jeff Bezos will step down as Amazon CEO