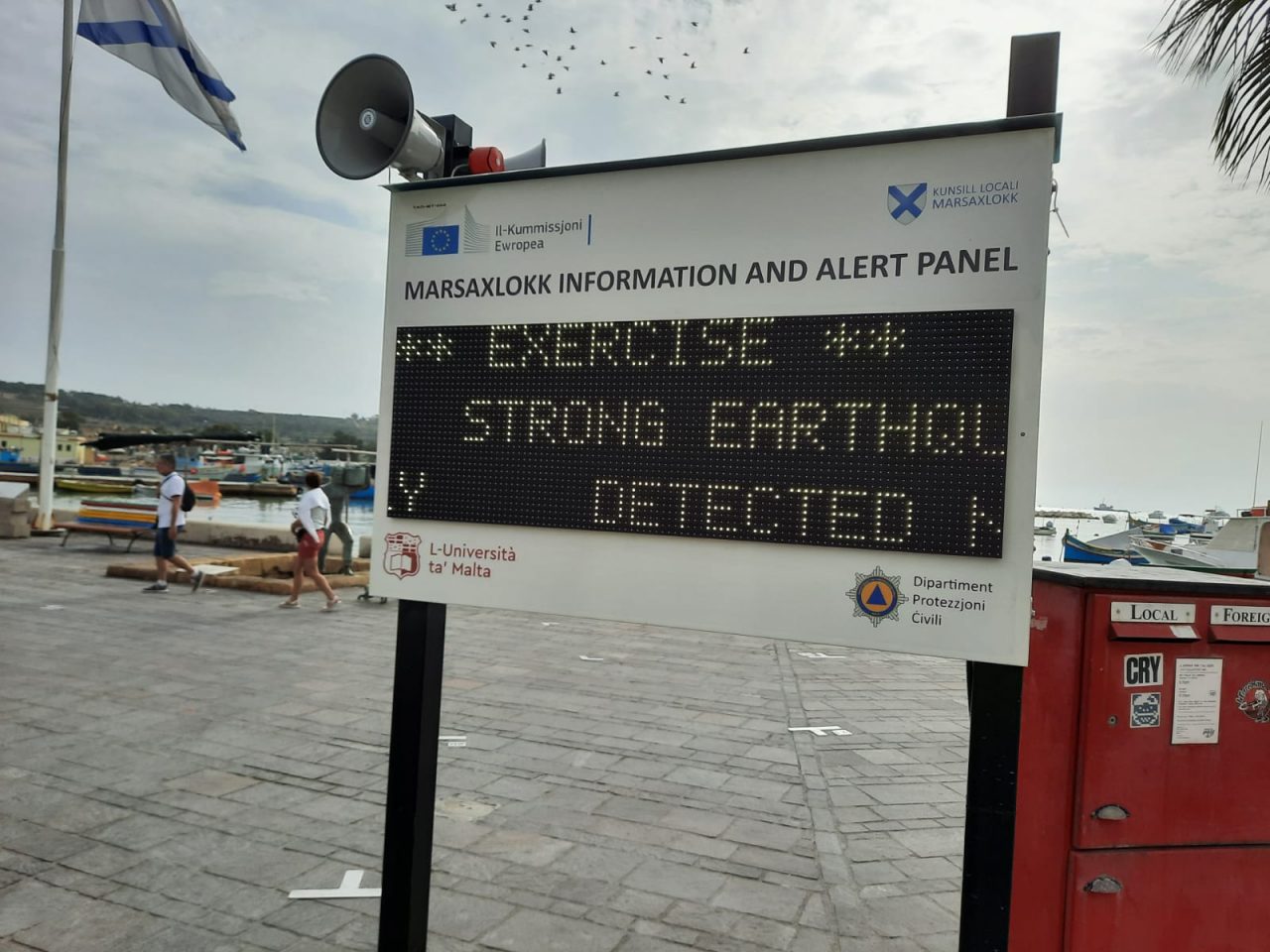 A tsunami drill simulation was conducted through joint efforts from the police, civil protection, ambulance, fire engine, the army and LESA.

The simulation took place on Friday morning where a 1.5 metre tsunami drill was conducted around the Marsaxlokk fishing village in Malta.

The drill started at 10:00hrs and the process started from an alert of an earthquake in the Mediterranean given to the Civil Protection Department (CPD). This would trigger the tsunami procedure spearheaded by the CPD to evacuate citizens and coordinating search and rescue operations. CPD sergeant Timothy Willie explained how the drill helps prepare citizens and other authorities such as the army to prepare for this event.

“Realistically resident would have around 45 minutes to one hour to reach one of three safety zones we have set up. Once people reach the safety zones, various officers would take down their information in order to make sure that everyone was accounted for.” Willie said that at each safety zone, ambulances would be on site to attend to any needs which the residents require.

The next step would require the CPD to open the affected area for the army and other heavy vehicles to enter and clear debris together with conducting search and rescue operations if needed. The drill, which happened on International Tsunami Awareness Day, forms part of a project, called the Tsunami Last Mile, coordinated by the Joint Research Centre (JRC) of the European Commission in collaboration with the Civil Protection Department and the University of Malta’s Department of Geosciences. Malta Hotels and Restaurants Association was the main stakeholder entrusted to disseminate the information to its members Guest houses and Restaurants within Marsaxlokk town about the Evacuation drill and invited to participate actively as an Observer. previousDiwali 2021: India celebrates festival of lights under shadow of Covid-19