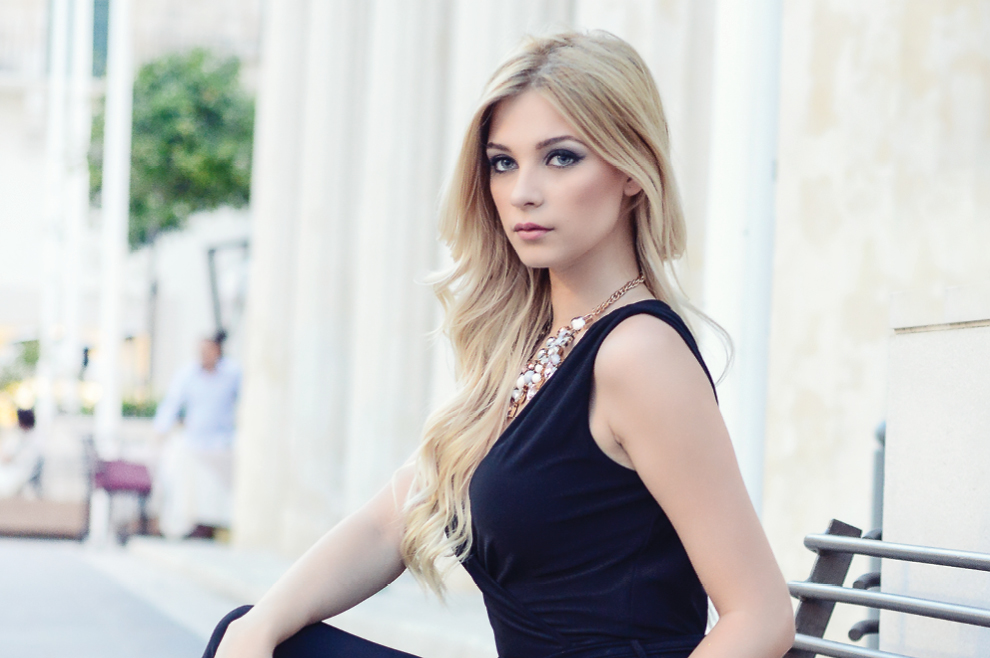 We’ve seen her on billboards, magazine, and TV; heard her on radio and met her at plenty of events. Her food preferences are strange; she’s said it plenty of times herself, but can she be exaggerating or are Valentina Rossi’s food habits, unlike anything we’ve ever seen?

Well for starters, VALENTINA ROSSI’S favourite food is liver. “I have a weird palette, I know, but the stranger the food, the more I want to try it out. I’m not the type of person to go to a restaurant and order your ordinary run of the mill pasta, I’ll want it with bull tongue, or even yummier, liver.” But let’s be honest, how many restaurants in Malta actually serve tongue and liver on their a-la-carte menu?

When eating out Valentina chooses “fish, the kind that gives you a good challenge to eat: prawns, lobsters or frutto di mare.” And if she can’t find it in restaurants? No problem! She’ll make it herself. “You can prepare liver in so many different ways, it all depends on how you cook it. I particularly like mixing it with pomegranates and rum, it makes for a delicious treat after a day at work.”

Liver with pomegranates is not the only thing Valentina likes making, in fact, cooking is quite the hobby for her. “I find joy in watching food programmes, remembering the recipes and trying to emulate them from memory and whatever I find in my pantry. I experiment, and my friends know that, which is why they no longer try my creations.” Who would blame them when one of Valentina’s specialities is a delicious cake with mayonnaise, yes mayonnaise, as a substitute for eggs. “Whenever I cook, I like to give it my own twist; I put mayonnaise in my cakes because it makes them really moist. The fact that my friends or family no longer eat my cakes has not stopped me so far, I persevere.”

When she’s not busy eating liver, Valentina enjoys the aromatic and flavourful Indian cuisine. “I just love the spices. Before, I was under the impression that the Indian food served in Malta is the actual kind, and it wasn’t a favourite. One day, an Indian guest residing at our house prepared a meal for us using his own spices and I was wholly converted. Their spices are amazing, strong and really authentic.”

Although she really likes Indian, that doesn’t mean she doesn’t enjoy a nice traditional Maltese meal. “My favourite would have to be a piece of heavenly lampuki pie like my nanna would make, with canned peas, not frozen! That’s crucial. I wouldn’t order it in a restaurant, as I don’t think it would taste the same. To me, it is a dish that is truly irreplaceable, try as they might, no one can nail her recipe.”

Perhaps the items mentioned so far are not exactly work-friendly snacks, and Valentina agrees, so what does she munch on during her 9 to 5? “A number of things really; prunes, jelly babies, chocolate covered bananas and one of my biggest weaknesses, cheese.” Her snack choices are so vast, that there is a designated drawer in the workplace’s fridge, full of Valentina’s treats and eats. “In reality, I am more of a snacker; eating bread with Nutella and cheddar is the norm for me because meals don’t satisfy me as much as a series of small food items do.” The real issue arises when she chooses to snack on anchovies during her radio show, “they really hit the spot”. Luckily for us, they have yet to come up with an invention that sends scents through radio waves; in this case, we are more than happy with just hearing.

“Despite my snacking habits, I’m not super unhealthy. I eat chicken, and other healthy stuff, as opposed to my friends who just eat junk food on a daily basis. I push for a balance in most of the things I eat, even if sometimes it tends to tip on the unhealthy side. Every week, I need to drink freshly squeezed grapefruit and lemon juice; it’s not the most pleasant thing I can consume, but knowing the health benefits that it contains, and the kind of food I am prone to eat, I feel guilty if I don’t.”

So is Valentina a food adventurer?

From what she’s told us, claiming that would be an understatement! “Next week I’m really excited to be going to a place that serves animal brains. I will try anything once; I may not like it and spit it out, but that isn’t a good enough excuse for me. The more people are disinclined to try it, the more I am convinced that this is the next thing I am going to eat. I found a gem of a place that serves bull tongue inside wraps, needless to say, it’s my new favourite joint, I just love it.” So inevitably, we just have to know!

What is the strangest thing Valentina has tried?

We’ve seen her eating tarantulas live on Facebook, does it get weirder? “I’ve ordered packaged worms from Thailand. There is this website that ships these packaged flavoured insects, like cheese and onion grasshoppers. I’m a regular customer.” You would guess that a person who has topped her noodles with sprinkled grasshoppers would not be surprised by the taste of any food… you’re wrong.

“One food item that particularly surprised me, strangely enough, is the cucumber. I always made it out to be sour but was pleasantly surprised to find that it has quite the watery texture. Another thing that surprised me was oysters; I tried them, hated them, and swore to never eat them again. The slimy texture is just too much for me to handle.”

So I guess oysters would not be featured in a dish named after Valentina Rossi; what would? “I don’t know if this is even possible, but I would want a combination of mac and cheese with liver and pomegranates topped with flaked grasshoppers. Hearing myself saying it, it doesn’t sound particularly appetising, but I think food adventurers like me would be intrigued, so it would do well.” Anyone up for the challenge?

nextTravelling For Food Is Officially A Thing