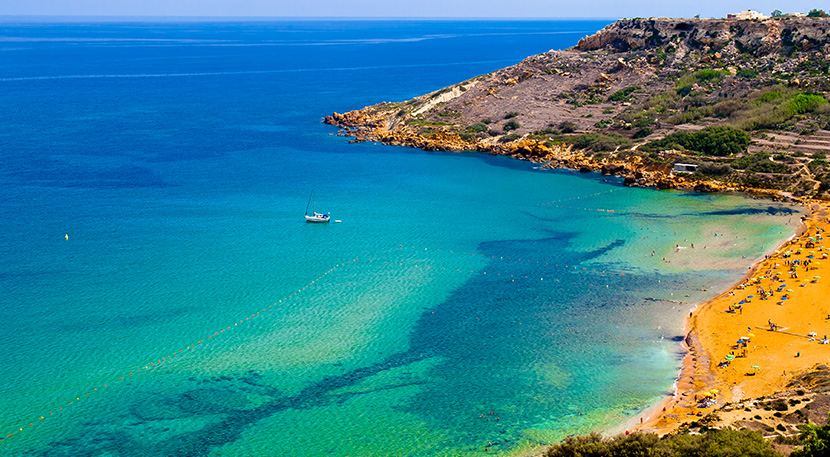 HOLIDAYS are much anticipated by people all over the UK, with many waiting for the news on how international travel will proceed this summer with bated breath. A travel expert has predicted where will be open to UK tourists in May.

Holidays are set to resume from May 17 under the Government’s roadmap out of lockdown. Prime Minister Boris Johnson is set to share an update on the matter on April 5 ahead of the Global Travel Taskforce’s findings being unveiled on April 12. Assuming all goes well, where will Britons be able to jet off to when holidays start up again?

Charles revealed that it was looking positive for Israel, the USA, Gibraltar, Malta, the United Arab Emirates (UAE) and the Caribbean.

Writing on The PC Agency site, the expert explained that, from May 17, “some overseas travel will be possible, especially with government pilot schemes to certain ‘like-minded’ countries. Holidays: Paul Charles predicted Malta be one of several countries open to Britons from May 17

“Those with higher vaccination rates will start opening up to UK tourists before the end of May, namely Israel, USA, Gibraltar, Malta, and UAE – as long as their vaccine programmes continue at pace,” he wrote.

“Last-minute booking will be strong for these destinations.

“There is also no reason why certain islands in the Caribbean, namely Grenada, St. Lucia, Barbados, should be inaccessible bearing in mind their infection rates are already low and no obvious variants circulating.”

Charles’ predictions come as he shared his belief on Twitter yesterday that the Government is unlikely to deviate from the May 17 travel start date.

“I’d read much positivity into the fact we’re going to get one overseas travel announcement on 5th April and then greater detail on the 12th April,” the expert tweeted.

Currently, a whopping 35 countries are banned from entering the UK due to a ‘red list’ in place.

However, it’s hoped that soon a green list will soon be established, akin to the travel corridors put in place last year that facilitated holidays for some lucky Britons.

Everyone who has been vaccinated against COVID-19 is now allowed to travel to Iceland without being subject to PCR testing and quarantine after measures were eased on March 18.

The exemption also applies to UK travellers who can provide valid proof of prior infection.

Meanwhile, Portugal, Madeira and the Azores and all been on England’s red list until earlier this month but after Covid cases plummeted, the Government decided to remove it.

While Britons are currently not allowed into Portugal for holidays, the country hopes to welcome them back this summer.

As for Sri Lanka, the nation has been successful in keeping its Covid cases down.

According to data from The PC Agency, the country is very much in the green zone. nextConference on the Future of Europe