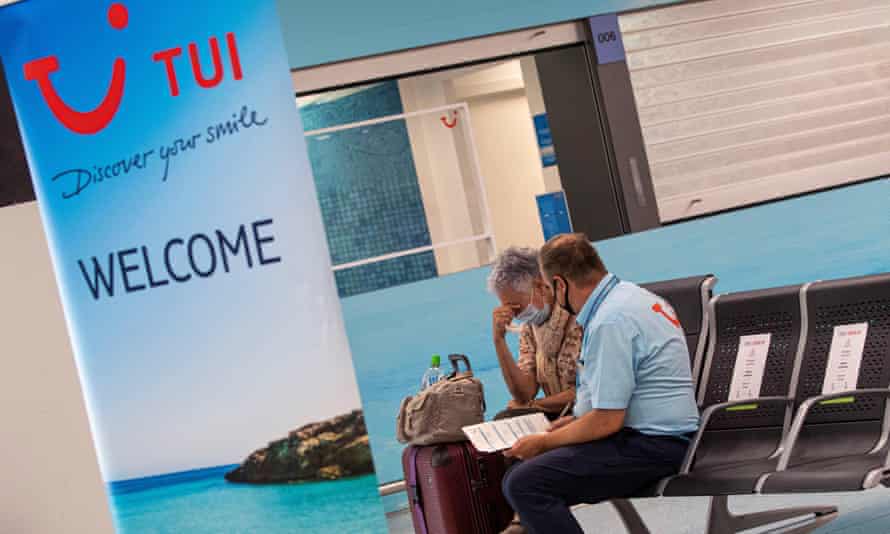 TUI AG said it’s more optimistic about a summer tourism rebound as the UK’s travel restart spurs bookings, even as it signalled potential turbulence in the months ahead.

The world’s biggest tour operator said in a statement Wednesday that a pick-up in demand has been “clearly evident in recent weeks,” with reservations doubling in April.

Still, the Hanover, Germany-based company said it expects a revenue decline in the fiscal year that ends in September. If the air-travel outlook deteriorates, it could face challenges refinancing some 4.6 billion euros in debt maturing in the following 12 months.

“Forward guidance on revenues may disappoint,” Jefferies analyst Becky Lane said in a note. “We continue to see short to medium-term liquidity risk and balance sheet risk beyond that.”

Confidence in a travel revival has been rekindled by Britain’s move to restore leisure travel following the success of its coronavirus vaccination program.

Still, only a handful of destinations have been green-lit, meaning people won’t require a quarantine. The EU is trying to get its vaccine passport system running by the end of June.

“The prospects for early summer 2021 make me optimistic for tourism and for TUI,” Chief Executive Officer Fritz Joussen said in a statement. “England in particular offers potential when new travel corridors to southern Europe open there too in the next few weeks.”

TUI is banking on a rebound to restore cash flows after reporting an operating loss of 1.3 billion euros ($1.6 billion) in the fiscal first half ended March 31. It reiterated that it will offer 75% of 2019 capacity in the peak summer months of July through September.

At that point, the company’s solvency “could also be jeopardized” if it can’t obtain further debt-covenant compliance suspensions, it said in its financial report. In the following year, loans from Germany’s KfW fund and revolving credit facilities will have to be refinanced.

There is risk that “an extension of the existing financing or further government support measures will therefore be necessary,” TUI said.

The company said it holds 2.6 million bookings for summer 2021, describing the figure as a “high level” and indicative of a strong demand trend. As of May 2, booking levels were down 69% from the comparable period in 2019.

In the UK, business has been buoyed by the announcement last week that leisure travel to 12 destinations including Portugal will be permitted from May 17.

TUI has added flights from London Gatwick, Manchester and Birmingham for 10- and 11-night holidays on the Portuguese island of Madeira in anticipation of the UK reopening, which initially applies to English airports, as well as from Bristol to Faro on the Algarve coast.

Liquidity stood at 1.7 billion euros as of May 7.

The Both Side News

next'On the Beach' stops selling holidays up to August 31