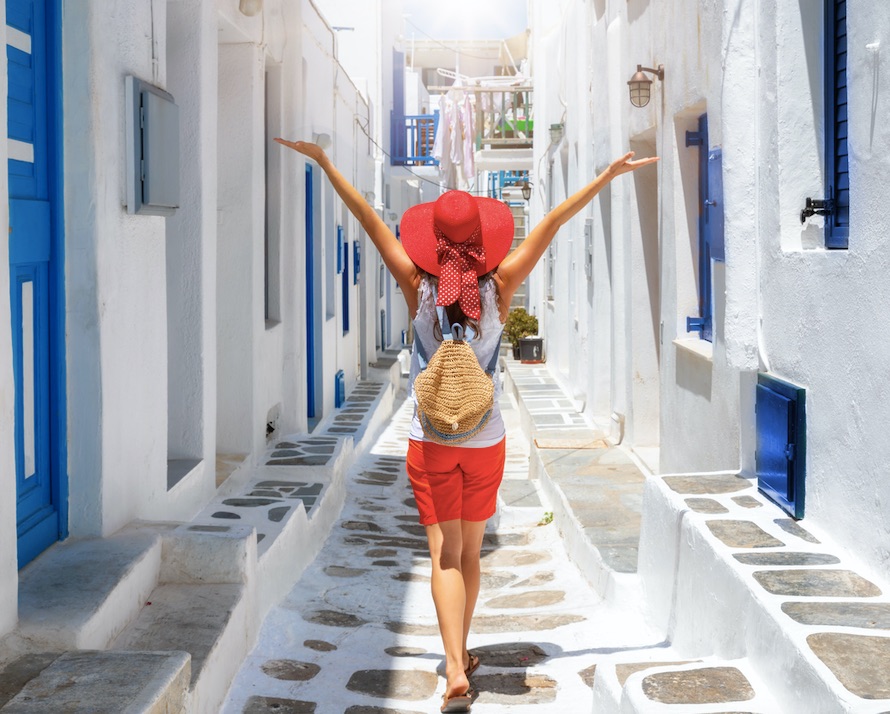 Greek tourism recovered significantly in the summer of 2021 but risks still remain, such the worsening of the Covid-19 epidemiological data and the future negative effects of the recent wildfires, according to Alpha Bank.

In a recent economic bulletin, the bank’s analysts referred to positive data on this summer’s international arrivals and receipts, hotel occupancy, business expectations in tourism, and even guest reviews made on short-term rental platforms (Airbnb-type accommodation).

“This impressive development is mainly due to ‘base effects’, as in June 2020 the restrictions on travel were not completely lifted and the operation of companies in the sector was not adequately restored,” the bank’s analysts said, noting that the course of Greece’s tourist traffic in the coming months is forecast to be better than expected.

According to provisional data, international arrivals in July and August reached over 65 percent and 80 percent respectively, compared to arrivals recorded in the same months of 2019. Meanwhile, it also has been estimated that during the eight first months of the year, more than 6 million tourists visited Greece.

Moreover, according to a survey by the Institute for Tourism Research and Forecasting (ITEP), during the week of August 9-15, the average occupancy of year-round hotels rose to 71 percent and for seasonal hotels to 84 percent.

Another positive factor, according to the bulletin, is the strong activity recorded in the short-term rental market since April along with the countless guest reviews of excellent feedback.

The bulletin also stated that business expectations in the sectors related to tourism (accommodation, F&B, travel agencies, etc.) have returned to positive ground and even to levels recorded before the pandemic.

“The optimism expressed by entrepreneurs in these sectors implies that they expect an increase in activity in the near future,” Alpha Bank said.

On the other hand, the bulletin listed two factors that may negatively affect the recovery of Greek tourism in the short term: the worsening of the coronavirus epidemiological data and the future negative effects of the catastrophic wildfires that broke out in the country from the end of July onwards.

With regard specifically to the fires, the bank’s analysts noted that available data and market estimates suggest that the fires had little impact on Greek tourism, given that the affected areas attract a small percentage of international arrivals.

The analysts went on to add that apart from Greece, big forest fires broke out in other European countries, which in many cases were twice as many as the average of the previous decade.

“However, in the long-term, the effects of the ecological catastrophe due to the large-scale fires that broke out this year and in previous years and to climate change in general, may weaken the performance of Greek tourism,” they said.

According to the bulletin, the worsening of climate conditions (such as rising temperatures and extreme weather events), the impact on critical natural resources and the deterioration of the landscape, can negatively affect the quality of Greece’s tourism product – which depends directly on outdoor activities – and therefore deter demand.

Citing a report from Dianeosis, Alpha Bank analysts said that it is important to develop special forms of tourism (eg ecotourism, agritourism, senior tourism, health tourism, etc.) in order to expand the activities of the sector and the development of new tourist areas in the country. This, in addition to taking specific actions in order for Greek tourism to adapt to climate change and to the specific features of each region (such as the management of tourist flows and of natural and cultural resources),

“In addition, normalizing the seasonality of Greek tourism (by developing tourism forms such as city tourism and winter tourism) would have a positive impact on maintaining high performance but also on the further development of the industry,” the bulletin concluded.

It should be mentioned that just for just Attica, the National Observatory of Athens / meteo.gr recently said that 16 percent of the region’s forests (about one sixth of the total) are estimated to have been burned during the recent fires in Schino, Varybombi, Keratea and Vilia.