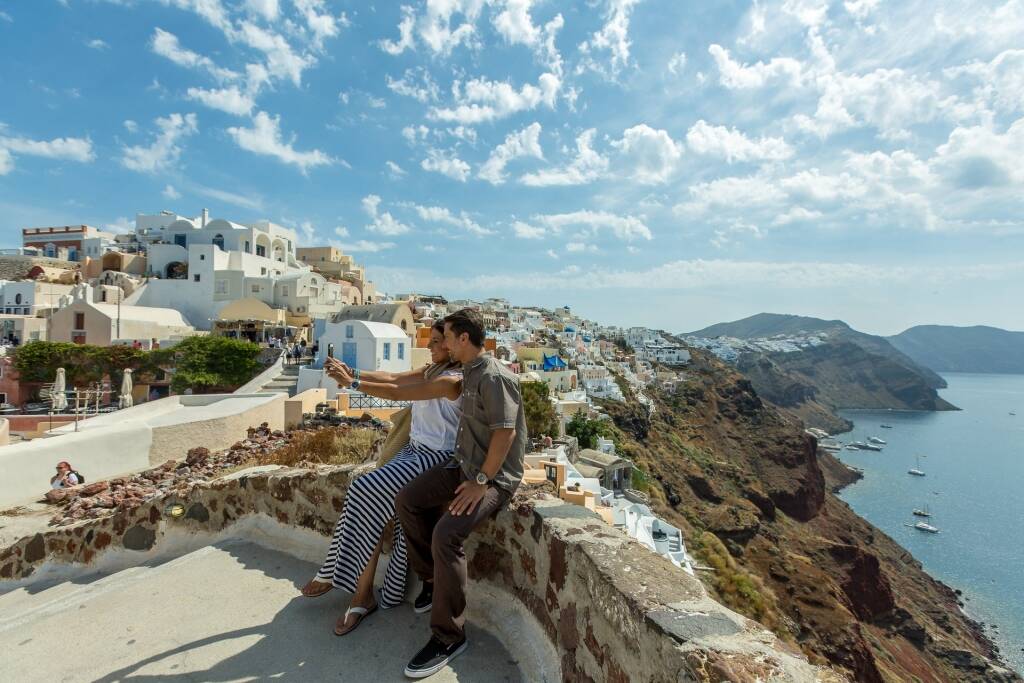 Faced with a rise in COVID-19 infections, the Greek government is imposing new restrictions and offering vaccination-related perks for younger citizens in a bid to safeguard its summer tourism revenues.

In an effort to expand coronavirus vaccine coverage in Greece as a recent surge in infections throughout the country appears to be threatening the summer season for the second year running, Greece rolled out two new initiatives on Tuesday.

An online platform was launched which allows young adults and teenagers from the age of 18 to 25 to submit their applications to vaccinate against COVID-19 and in return receive a prepaid card with 150 euros of credit which they can use for travel, accommodation, music events, cinemas and visits to archaeological sites.

At the same time, a home vaccination program began on Tuesday for more elderly patients who are unable to attend vaccination centres. The Johnson and Johnson vaccine, which requires just one dose, will be used for the home vaccinations.

Tourism accounts for a fifth of the Greek economy and the country was hoping for a recovery this summer after a historic low number of visitors and revenue due to the pandemic in 2020.

But although the country officially opened up to tourism with an easing of restrictions on May 15, new restrictions have been introduced across the country after a rise in the number of infections in recent weeks.

Only vaccinated customers have been allowed indoors at cafes, bars, restaurants and clubs from July 15.

On the entertainment-focused island of Mykonos, parties have been banned until at least July 26.

Following a recent surge in COVID-19 cases on the popular Greek island, known for attracting the super-rich, celebrities and top athletes from arround the world, the Ministry of Civil Protection said it was banning music in Mykonos’s cafes, restaurants, clubs and beach clubs throughout the day, and restricting movement between 1am and 6am.

Hotel owners on the island have claimed that they are already facing massive cancellations of bookings.

But Minister of Tourism Haris Theocharis denied this, insisting that there have been no cancellations on Mykonos.

“There are only cancellations in the imagination of whoever is spreading or writing such things,” Theocharis told parliament on Monday.

He added that the government is “constantly evaluating a dynamic situation” and “never promised to anyone that this summer would be easy”.

The country did well in its vaccination programme in the beginning, but numbers have stalled in recent weeks. Approximately 4,600,000 citizens are fully vaccinated.

The government is facing two challenges: the growing anti-vaccination movement and the lack of quarantine facilities in popular tourist destinations.

Protests against vaccination and the government measures to combat the pandemic were organised in Athens, Thessaloniki, and other cities on July 14.

At the same time, tourists infected with the coronavirus on the popular islands of Mykonos and Ios were left with no place to quarantine, as the quarantine hotels set up by the state were full.

On Paros, a group of 18-year-olds had to remain for 16 hours in an outdoor parking area at the island’s health centre as there was no room in a quarantine hotel for them. They were eventually transferred by helicopter to Athens.

On Alonissos, a family had to wander the streets for hours after one of its member tested positive, because there was no quarantine hotel on the island.

It also announced eight deaths, with the total number of deaths from the coronavirus reaching 12,858.