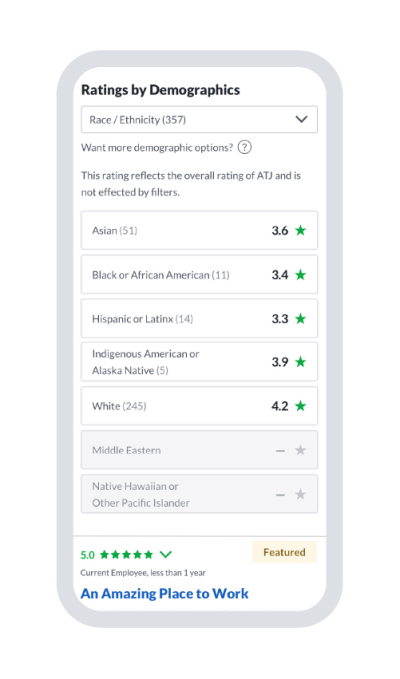 Despite efforts from companies to create equitable environments, it’s clear that employees of a certain demographics, like Black women, sometimes have very different experiences from their counterparts. Glassdoor aims to better surface those experiences through a new feature that allows folks to filter ratings by demographics.

Up until now, Glassdoor only presented an overall ranking for a specific company, so there was no way to easily determine if, for example, Black women feel the same as white men, or if Latino men feel similarly to Asian men. In addition to race, Glassdoor now allows people to filter by gender identity, parental or caregiver status, disability, sexual orientation and veteran status.

Overall, Black employees are less satisfied at work in comparison to all employees, according to new preliminary research from Glassdoor. The research is based on the more than 187,000 employees across more than 3,300 companies who have provided demographic data. 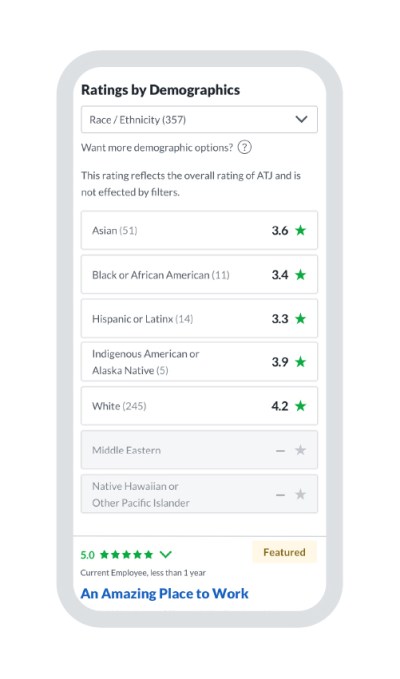 “Because these data are so new — having been collected within just the last four months — it’s important to resist the urge to make sweeping claims based on early data,” Glassdoor Data Scientist Amanda Stansell and Chief Economist Andrew Chamberlain said in the report. “The averages we’ve reported above are not derived from representative probability samples of company workforces — they represent data shared anonymously by Glassdoor users at this time. Readers should therefore take some caution in making conclusive, company-wide inferences about the state of race and employee satisfaction.”

Glassdoor: Best tech companies to work for in 2021