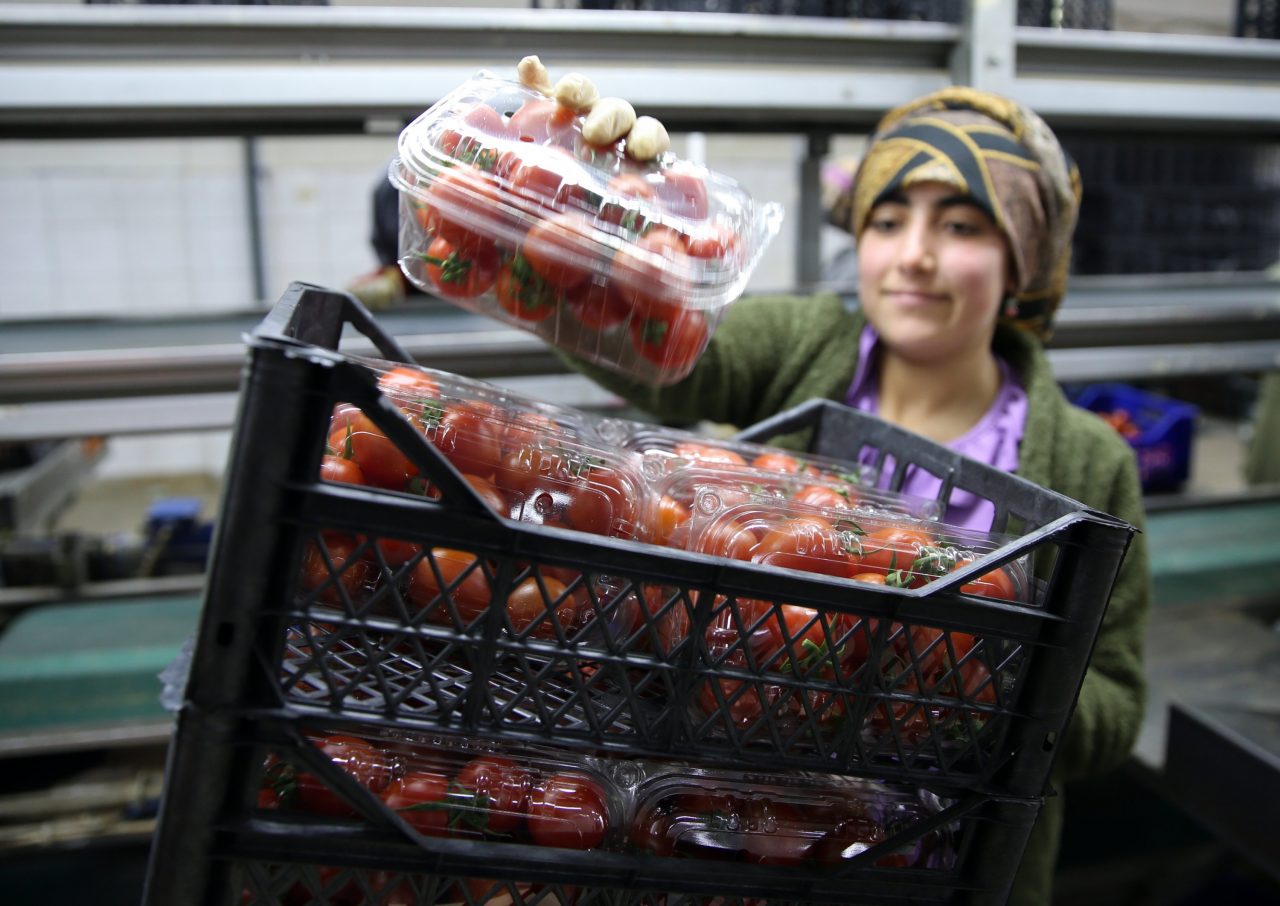 Turkey’s fresh fruit and vegetable prices decreased by 50% in the domestic market as exports to Russia and Ukraine, which are among Turkey’s top export markets, stopped due to war.

As of Feb. 24, when Russia launched a military operation against Ukraine, export trucks were waiting on the roads for security reasons and many products, especially tomatoes, peppers, eggplant and zucchini, remained unsold. As such, the manufacturers offered their products to the domestic market, and the excess supply was reflected in the prices which fell.

Prices of products such as tomatoes and zucchini, which are among the top fresh vegetable exports of Turkey, have halved after the Russia-Ukraine war. Cucumbers and eggplant, two products with the highest price increase in recent weeks, saw a decrease of more than 50%.

Pointing out that the decrease in prices has halted in the last two days, the sector representatives said, “Due to the war, the trucks remained on the roads. The prices at the manufacturer fell by half between Feb. 28 and March 1. For the last two days, due to both cold weather and flood-hose in some regions. The price drop has stopped.”

“If the war continues and no new export routes are opened, the price decrease may exceed 50% with the warming of the weather,” they added.

Russia is the leader in Turkey’s fresh fruit and vegetable exports, with exports exceeding $1 billion last year, according to the Mediterranean Exporters Association’s data for January and December 2020-2021.

Ukraine, on the other hand, is the fourth-largest importer of Turkish produce. The total export of fresh fruits and vegetables to Ukraine was approximately $217 million in 2021.

Yüksel Tavşan, the head of Turkey’s federation of produce sellers, said that the price drops are being felt in the markets.

“The prices of greenhouse products such as tomatoes, peppers, eggplants, zucchini and cucumbers have fallen by nearly 50% both in producers and in markets,” he added.

Explaining that the price decrease has stopped due to the cold weather in the last two days, Tavşan said, “However, it is getting warmer. If the export channel is not opened, these products will remain. Therefore, the price decrease in the domestic market will continue in coming days.”

Meanwhile, the head of Antalya Muratpaşa Chamber of Agriculture, Nazif Alp stated that 60% of Antalya’s fruit and vegetable exports are made to Russia and Ukraine. Explaining that the remaining 40% of produce goes to other markets, Alp said, “These two markets are big in both tourism and fruit-vegetable exports. We are left with the products as these markets closed. As such, the prices of some products have decreased by 50%.”

Stating that 25% of greenhouse production in Turkey is exported, Alp added that the industry is looking for alternative export channels.

previousReturn to office: Twitter all set to welcome back its staff