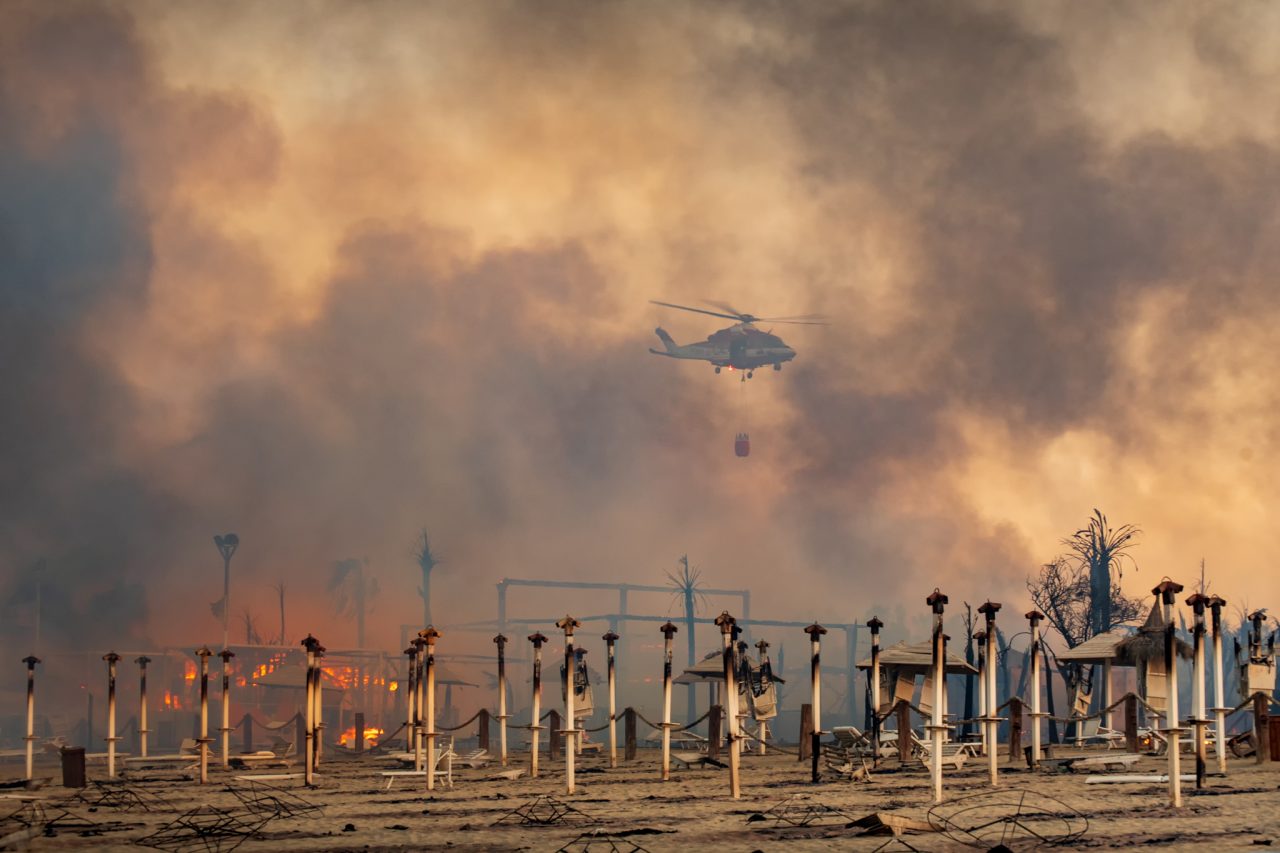 Forest fires in Sicily in the south of Italy has affected several places, especially the city center of Catania, according to local media on Friday.

The fires, which broke out in the afternoon at different locations near Catania and spread rapidly because of the wind, caused several families to be evacuated, according to media reports.

Images from a fire brigade helicopter, show dense smoke in the region.

According to reports, roads were closed due to heavy smoke, while property damage occurred at facilities on the coastline.

The fire caused the Catania Airport to briefly close to air traffic during the day but was reopened to flights in the evening.