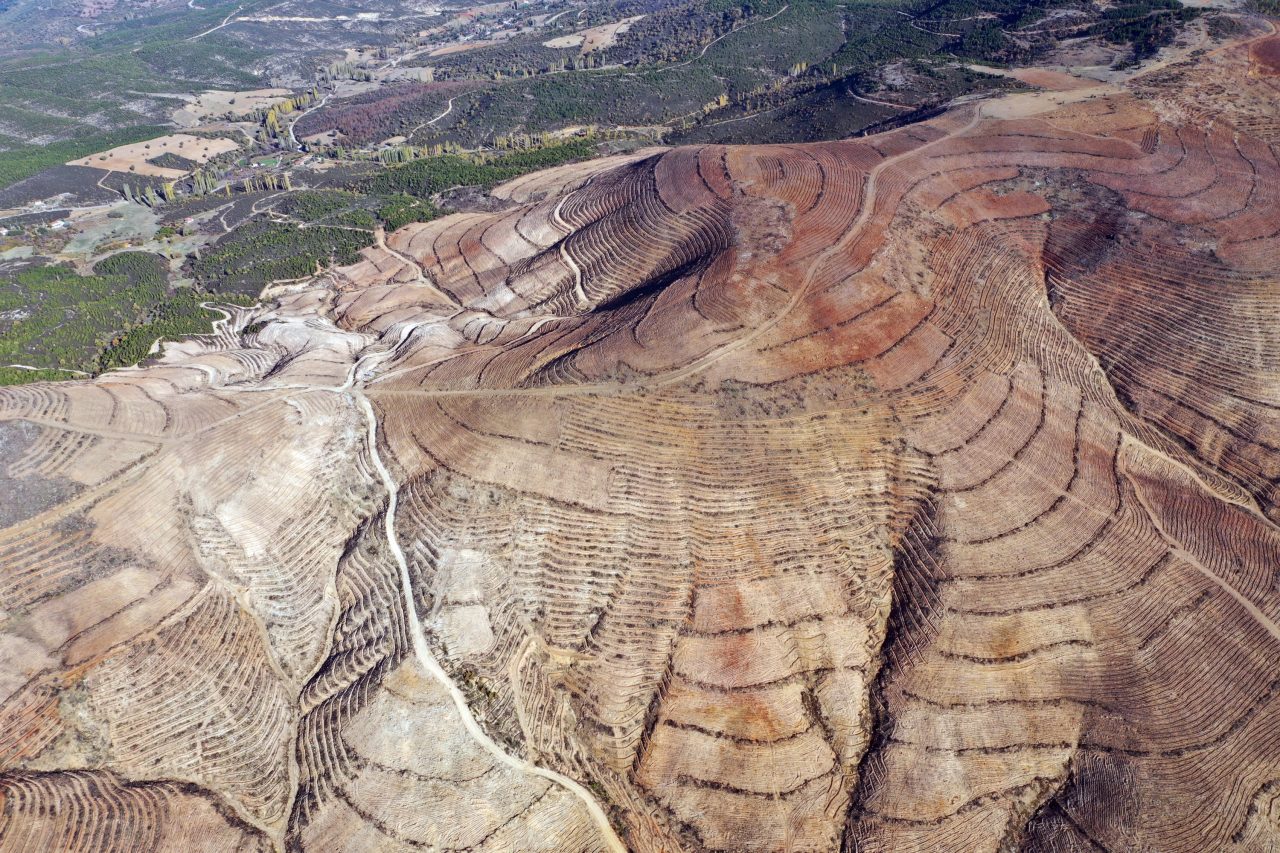 After months of preparations, authorities plan to start reforestation of burned areas on the day. Bekir Karacabey, head of General Directorate of Forestry, told Anadolu Agency (AA) on Friday that they planned to plant at least 252 million saplings all across the country by the end of this year and that they had sufficient supplies to achieve this goal.

National Forestation Day, launched by Erdoğan, broke multiple records in its inaugural year, for the highest number of saplings planted in one location to more than 303,000 saplings planted in one hour. Last year’s occasion was more muted due to the COVID-19 pandemic, but it also expanded its scope to 40 other countries where Turkish delegations and locals joined forces to plant saplings.

Karacabey says planting efforts are more significant this year both for Turkey and the world, which battled many wildfires raging for days and sometimes weeks, over one of the hottest summers in recent memory.

“We plan to recover burned areas as soon as possible. This year, we will plant saplings both in burned places and in all 81 provinces, along with several countries. Overall, at least three saplings per citizen will be planted, from National Forestation Day to the end of 2021,” Karacabey added. He said they have been waiting for “soil” to be ready for planting in burned areas where expected rainfall would make soil eligible for reforestation.

Although recent wildfires were devastating especially for Antalya and Muğla, Turkey ranks first in Europe in terms of its annual net gain in the forest area in the past decade. It ranks sixth in the world, according to a report by the Food and Agriculture Organization (FAO).

Amid a construction boom and concerns over global warming, Turkey has stepped up efforts to preserve and further expand its forests. It is also pursuing a campaign to boost the production of saplings and increase revenue from forestry products, namely fruit and honey production, for villagers. Thousands of forests were created in rural areas to generate extra income for farmers.

The mass planting of trees and the improvement of pastures are also among the measures being taken against erosion and desertification, as part of an action plan by the government. Hundreds of thousands of hectares of land turn into deserts every year due to poor irrigation. Officials say Turkey is among the countries most affected by the increase in nonarable lands and climate change, as it sits in a geographically challenging location sandwiched between different climates. More than half of Turkish soil has the characteristics of arid, semi-arid and semi-humid climates. Turkey’s central and southeastern regions, known for vast flatlands and steep mountains, are particularly vulnerable to the risk of desertification. Erosion is another threat for Turkey, where most lands have an elevation far higher than countries in its immediate region or European countries.