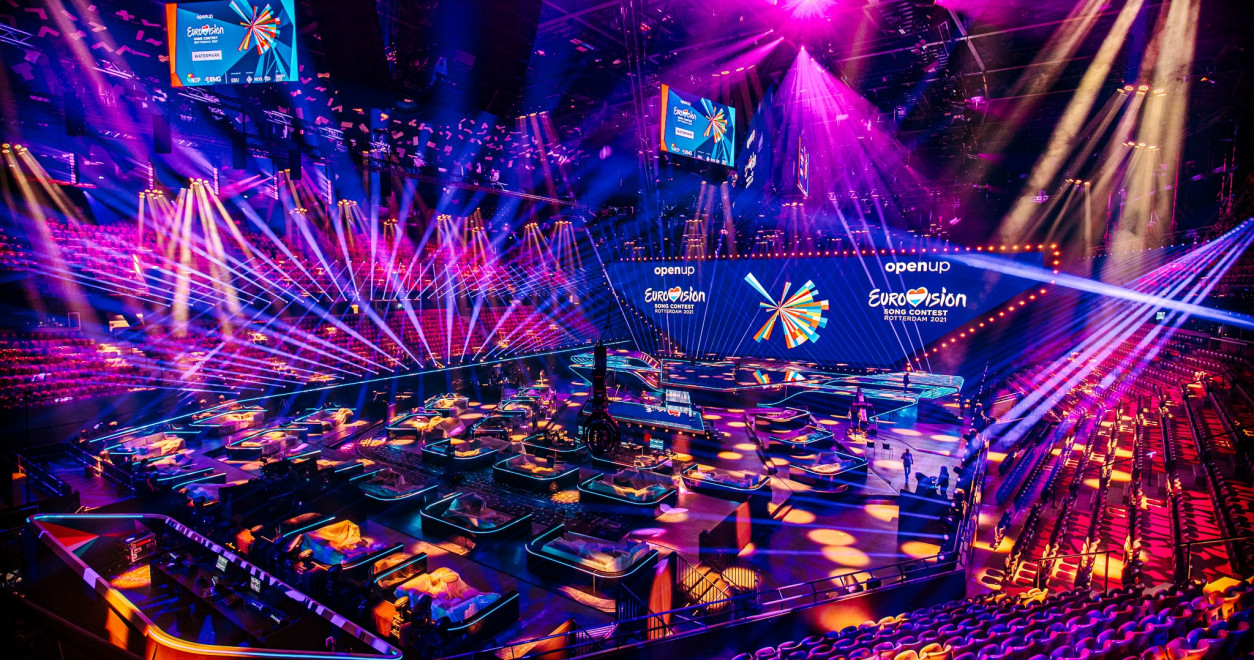 Twenty six nations compete in the final of the Eurovision song contest in the Netherlands on Saturday, vying for votes in the world’s most popular live music event, which returns after being cancelled last year due to the pandemic.

A limited audience of 3,500 will be admitted to a concert venue in the city of Rotterdam to watch the performances after undergoing stringent testing for COVID-19.

Hours before the show, fans queued outside the venue in the wind and rain to get their coronavirus test out of the way. “I’m just happy to be here, I’m happy to see a show on stage. It’s just the excitement,” Danish Eurovision fan Tore Peters-Munch, 43, said as he waited in line.

He attended one of the contest’s semi-finals earlier this week and said being in a crowd after so long had taken some getting used to.

“It was a bit weird at the beginning, but just seeing the show and the songs and feeling the excitement from the crowd was just amazing,” Peters-Munch, a choreographer, told Reuters.

Despite the precautions, several infections were reported during rehearsals and the semi-finals.

Favourite Iceland will not be able to perform live during the finals, after a band member tested positive for COVID-19 read more . The organisation will instead broadcast its back-up performance, which each country can use in an emergency. Among other countries tipped by bookmakers to take the big prize is Malta, with an up-tempo dance floor track “Je me casse”, France with singer Barbara Pravi’s classic chanson “Voila”, Italy’s glam rock band Maneskin, which will perform “Zitti E Buoni” and Lithuania’s The Roop with the retro-pop song “Discoteque”.

Due to travel restrictions, most Eurovision fans outside the Netherlands will have to watch from home. Many are reaching out to friends and online communities to celebrate the event, known for its kitsch pop songs and flamboyant costumes. read more The Netherlands is hosting the 65th edition of the event, which draws a television audience of about 200 million, after Dutch singer-songwriter Duncan Laurence won the 2019 contest in Tel Aviv with the song “Arcade”.

Laurence’s performance this year was cancelled after he tested positive for the virus.