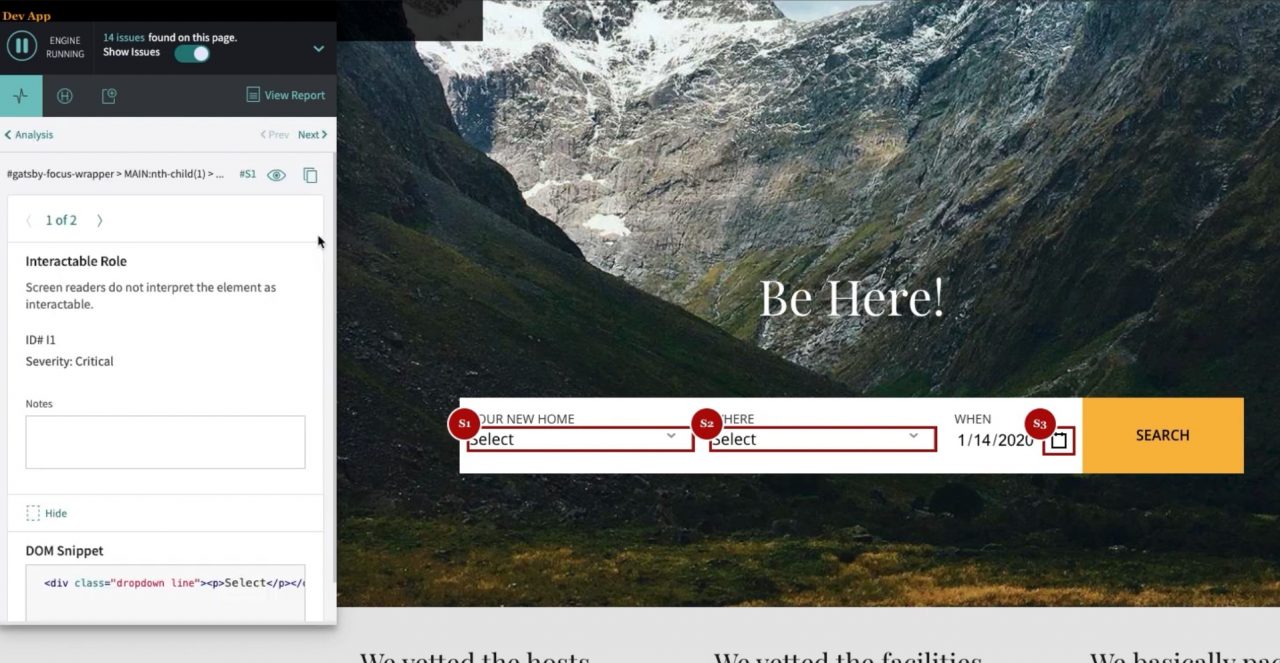 Making and keeping the web accessible is a full-time job, and like any other development role, accessibility tools need to evolve to keep up with the times. Evinced is a startup that promises both richer and faster checks of websites in production or in progress, and it just raised $17M to take its tools to the next level.

Because accessibility problems can happy in so many ways, it often takes a lot of manual code review to catch the errors. Even a team thinking about making their site fully accessible from the start — which should be everyone — can miss that this script doesn’t hook into that variable right if this menu is opened, and so on.

There’s automated code review, but it can be slow and bulky. Evinced is making a powerful, streamlined tool that checks a website in a fraction of a second while you’re using it, presenting the problems in a way that’s easy for devs to share and address. It also doesn’t trip up on the fancy, javascript-heavy web apps that millions use today.

Here’s an example of a modern website that looks fine but is obviously (for demo purposes) riddled with accessibility issues. The video gives a good breakdown of what this part of the Evinced product does:

Honestly, that’s how it feels like it ought to look, but existing enterprise-level tools probably aren’t quite so efficient. And as you can see, the tool responds instantly while the user (that is to say, the developer) proceeds through the various actions the site enables. It could be, after all, that auditing the site before anyone fills in a form or pulls down any menus could give a misleading green light.

The inspector also brings in a bit of AI in the form of smart rules and computer vision, so if an element looks like a menu or button but isn’t labeled correctly, it isn’t fooled. Those elements do have distinct styles and roles: if something can be clicked and turns into a list that the user chooses from, well, it’s a pulldown menu whether it’s called that or not. 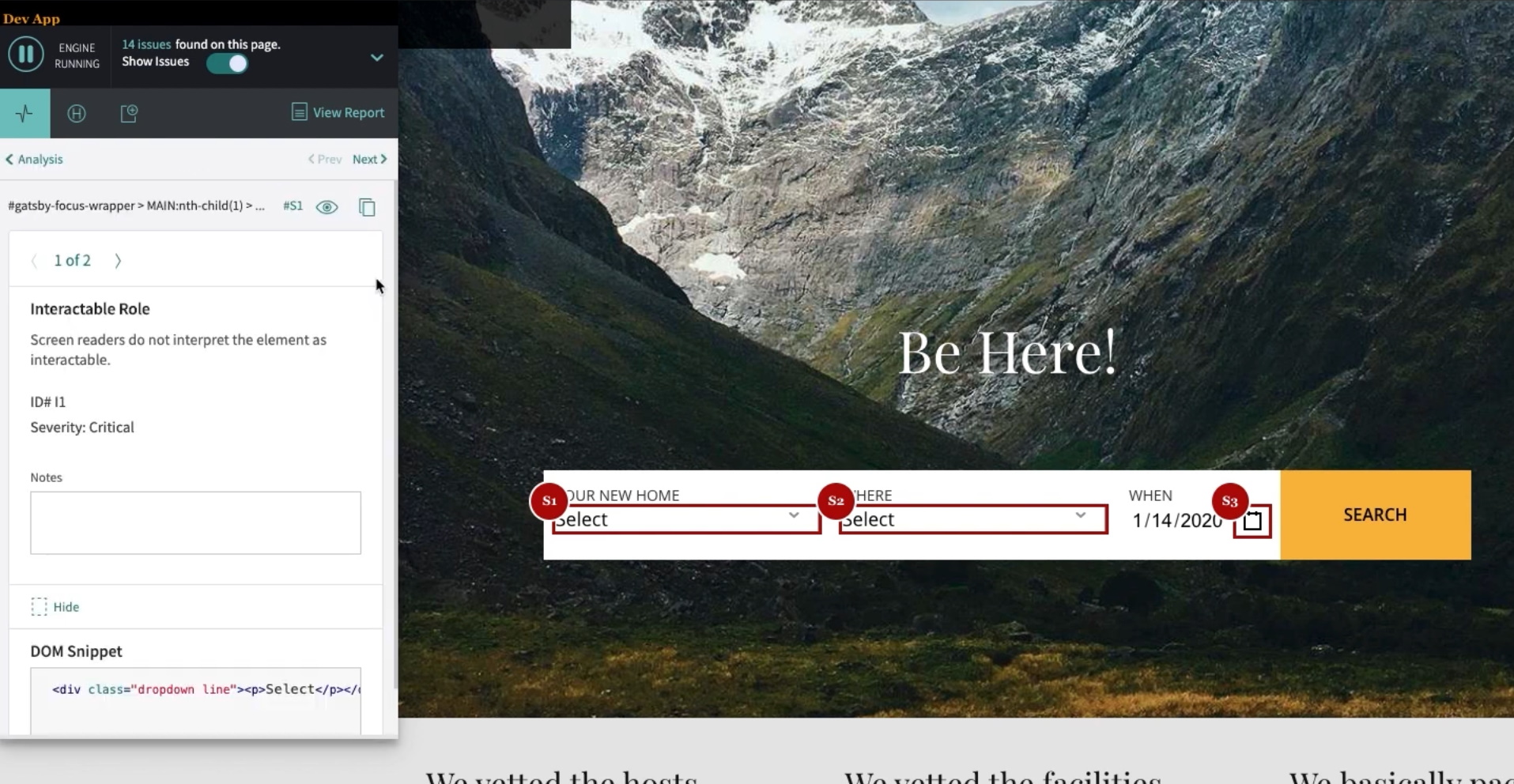 Naturally there are also quick fixes suggested and the ability to easily export the issues for formal inspection by the boss, as well as other expected features for a web development tool. It’s available as a Chrome extension, or as an API or automated part of other analysis or commit actions, throwing its list of errors in with the rest.

The company formed back in 2018, when they started development. The next year they hooked up with a few large enterprises to see about integrating and testing within their ecosystems. Capitol One became their biggest customer and is now an investor.

“We have since deployed our products in production at Capital One (means they are used every day – and power their end-to-end accessibility operations – see the Capital One blog) and others. These are paying customers that have an enterprise license,” said Founder and CEO, Navin Thandani.

Indeed, as Capitol One explains:

We’ve seen Evinced discover as much as 10x more critical accessibility issues than we were previously finding through automated testing alone. An even greater number of issues are discovered when a site is more interactive, including keyboard and screen reader usability issues.

Automated testing on a large enterprise scale can be an extremely complex and time consuming effort. Evinced is speedy and reliable, with 40x faster execution, enabling us to cut our processing time in some cases from 4-5 days down to less than 3 hours (and is being further optimized).

Glowing words, even if they are from an investor (technically Capital One Ventures, but still).

The company’s $17M series A was co-led by M12 BGV, and Capital One Ventures and included previous investors Engineering Capital.

As a sort of debut celebration present, Evinced is announcing its free tiers of service, including an iOS app accessibility debugger, which should be helpful to all the folks making apps who don’t know a thing about WCAG guidelines and ARIA roles. There’s also a free “community edition” site scanner that admins can sign up to be approved for, and a free trial for enterprises that want to give it a shot.