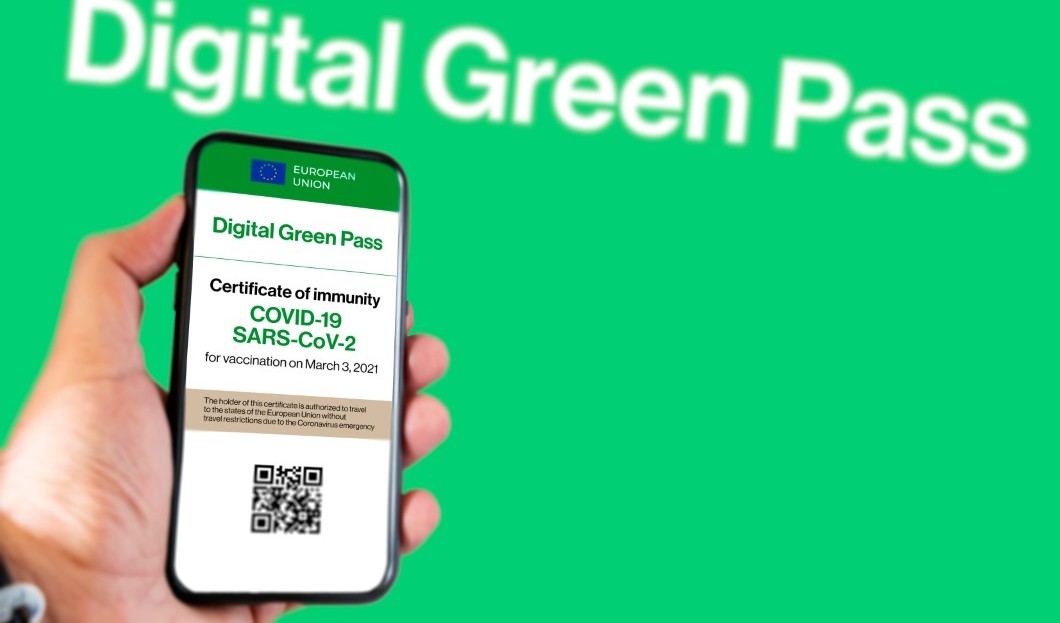 The president of the EC, Ursula von der Leyen, last week proposed a digital certificate that will serve to reactivate travel among European countries this summer, in order to save tourism in its most important season. “We want to help member countries to recover freedom of travel in a reliable way,” said Von der Leyen from Brussels.

The European vaccination certificate will only be digital and stored on one’s phone. The QR code of the certificate will be scanned at airports once the European Parliament and member countries give approval. The countries most interested in the implementation of the certificate as soon as possible are the most dependent on tourism, like Spain, Greece and Italy. Meanwhile, France and Belgium have taken a different stance, bringing to the discussion a series of ethical and legislative implications that this proposal implies.

The EU certificate’s usefulness is strictly for traveling between countries in an effort to resume travel safely. However, experts point out the risk of entering into this slippery slope fallacy, and the doors it could open to discrimination.

“Once the European vaccination certificate is implemented, what can stop anyone in a job interview from rejecting you if you haven’t been vaccinated?” says economist Tomás Domingo Moratalla, professor of Philosophy at UNED and member of the Scientific Commission of the Basic and Clinical Bioethics Association.

“We are not saying this is going to become the absolute standard, but it is already one. We may think it is not that important and we can control it, but for example, when hosting a congress, choosing between two speakers, they may choose the one who is already vaccinated,” says Professor Moratalla.

One of the countries that has already started segregating is Iceland. European tourists are sorted based on whether they can prove their complete vaccination with one of the three solutions approved by the European Medicines Agency. The country opened its doors to American or British citizens who are immunized last week.

Israel has already rolled out the ‘Green Pass’, a passport that allows people to attend concerts, movie theaters, travel or partake in any leisure activity. Its implementation comes after the vaccination of a high number of citizens, where doses are available for most, and the only obstacle is to convince those reluctant to get vaccinated.

“With the Green Pass, all doors open. You can go to restaurants, train in gyms or go to a show… How can you get it? By getting the vaccine today,” reads the text of the latest campaign in Israel. Yuli Edelstein, the Minister of Health of Israel, has put it into different words: “Those not willing to get vaccinated and those that haven’t yet will be left behind.”

In Israel, the Green Pass and its attractive benefits – which are basically resuming everyday life as we knew it – has been presented by the authorities as a reward for those who get vaccinated as soon as possible. “But when there are no doses available and vaccinating is not a possibility, you cannot call it a reward. It is not a reward, but discrimination,” points out Professor Moratalla.

The problem is not just ethical, but also scientific. Same as those developing immunity after getting COVID-19, science still cannot clarify how long the vaccines will protect us, the antibodies created after recovering from the virus and, more importantly, if those vaccinated, despite never becoming infected with the virus, are capable of silently transmitting it to others.

If there is no guarantee that a vaccinated person cannot transmit the virus to other people, the validity of the digital certificate of the EC for safe travel would be pointless, and making its objective a pure fallacy since the safety it expects to foster would be non-existent.

The professor of Philosophy at the National Distance Education University (UNED) is not opposed to the European vaccination certificate, but only if it is added as another measure and its context is made clear: “They have to say how it is: You get this vaccine with these characteristics and protection, but it does not mean you are completely immune.”

Professor Moratalla also warns of the danger of its designation. Using the word ‘passport’ can create a positive social image linked to traveling and leading a normal life that would once again put humanity at the risk of continuing to coexist with the pandemic, as it has been until now. “Economy should not be stimulated at any cost, with new possible outbreaks and going against health measures by assuming that there is no other solution to the pandemic. We cannot choose ​​solely the value of travel and of the economy,” said Moratalla.

Professor Moratalla continues pondering about the social nature of the vaccine, in which the approach must be necessarily global to be effective: “What I would expect at European level is that they consider the level of justice and health for all, thinking carefully at the general level and not this poor approach that allows discrimination, where those vaccinated have rights that those who are not can’t have.”

The certificate is also supported by the six main industrial employers of the European air sector – A4E (Airlines for Europe), ACI Europe (International Council of Airports of Europe), ASD (Aerospace and Defense Industries Association of Europe), CANSO, ERA (European Regions Airline Association) and IATA (International Air Transport Association). They see the European vaccination certificate as a key tool to facilitate a safe and efficient resumption of travel and tourism in Europe.

However, even if only travel access in the EU is considered, the certificate drafted by Brussels already implies effective and economic discrimination. Trips may only be made by vaccinated people (in a context of vaccine shortage and non-universal access) or those able to afford PCR tests required at the borders.

While the ethical problem worries the British and French authorities, who refuse to agree to a scenario of discrimination in the fundamental rights of people, in Spain the social support for a vaccine passport is overwhelming. A recent survey in several European countries, conducted by market research firm Appinio, reveals that 62% of Spanish citizens are in favor of this document, compared to 45% of Germans and 32% of French.

“They have sold this idea to us, and with good reason, since our economy depends on that [passport] and our lives as well,” explains the professor from UNED. The cultural and sociological differences of the Spanish with the Germans (the low dependence on tourism) or the French (who have a history of fighting for human rights) help to understand this uneven support.

So what is the price of stimulating the economies most dependent on travel and tourism? Experts believe that we shouldn’t leave behind values ​​such as justice, freedom and, above all, human rights, saying that maybe we are not at the moral standing in which we thought we were.