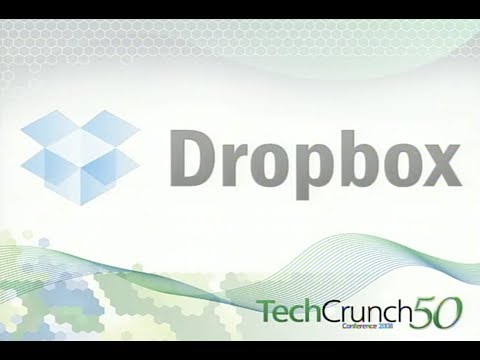 Dropbox announced today that it plans to acquire DocSend for $165 million The company helps customers share and track documents by sending a secure link instead of an attachment.

“We’re announcing that we’re acquiring DocSend to help us deliver an even broader set of tools for remote work, and DocSend helps customers securely manage and share their business critical documents, backed by powerful engagement analytics,” Houston told me.

When combined with the electronic signature capability of HelloSign, which Dropbox acquired in 2019, the acquisition gives the company an end-to-end document sharing workflow it had been missing. “Dropbox, DocSend and HelloSign will be able to offer a full suite of self-serve products to help our millions of customers manage the entire critical document workflows and give more control over all aspects of that,” Houston explained.

Houston and DocSend co-founder and CEO Russ Heddleston have known each for other years, and have an established relationship. In fact, Heddleston worked for Dropbox as a summer in intern in 2010. He even ran the idea for the company by Houston prior to launching in 2013, who gave it his seal of approval, and the two companies have been partners for some time.

“We’ve just been following the thread of external sending, which has just kind of evolved and opened up into all these different workflows. And it’s just really interesting that by just being laser focused on that we’ve been able to create a really differentiated product that users love a ton,” Heddleston said.

The company raised a modest amount of the money along the way, just $15.3 million, according to Crunchbase, but Heddleston says that he wanted to build a company that was self-sufficient and raising more VC dollars was never a priority or necessity. “We had [VCs] chase us to give us more money all the time, and what we would tell our employees is that we don’t keep count based on money raised or headcount. It’s just about building a great company,” he said.

That builder’s attitude was one of the things that attracted Houston to the company. “We’re big believers in the model of product growth and capital efficiency, and building really intuitive products that are viral, and that’s a lot of what what attracted us to DocSend,” Houston said. While DocSend has 17,000 customers, Houston says the acquisition gives the company the opportunity to get in front of a much larger customer base as part of Dropbox.

It’s worth noting that Box offers a similar secure document sharing capability enabling users to share a link instead of using an attachment. It recently bought e-signature startup SignRequest for $55 million with an eye toward building more complex document workflows similar to what Dropbox now has with HelloSign and DocSend. PandaDoc is another competitor in this space.

DocSend’s approximately 50 employees will be joining Dropbox when the deal closes, which should happen soon, subject to standard regulatory oversight.

Dropbox snares HelloSign for $230M, gets workflow and e-signature