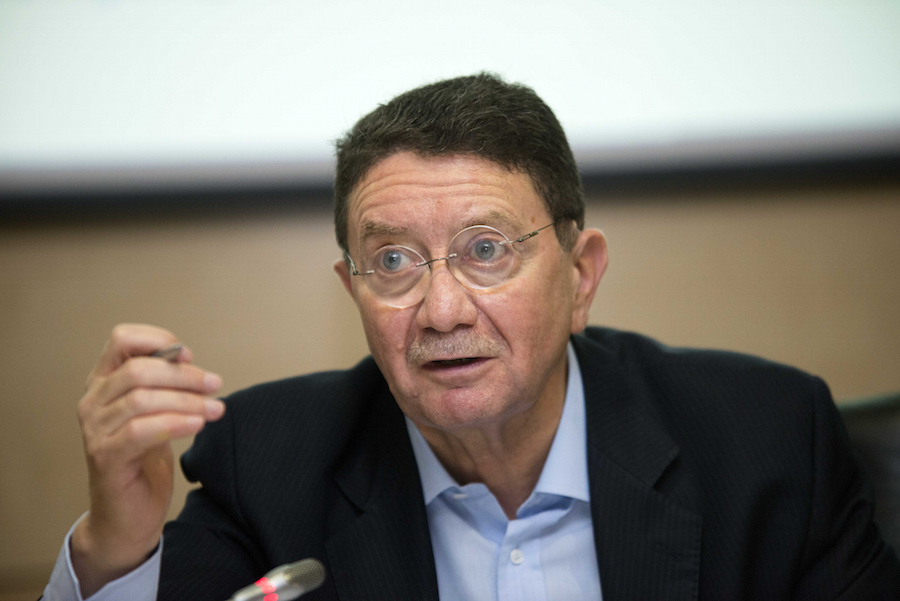 Dr. Taleb Rifai was the keynote speaker of the Global Tourism Forum held in Bodrum on June 2021. Dr Barbaros KON made an exclusive interview with Dr. Rifai on behalf of TOURMAG Tourism Magazine in Bodrum.

Who is Dr. Taleb Rifai?

Taleb Rifai was the Secretary-General of the United Nations World Tourism Organization heading the (UNWTO) since 2009 for two consecutive terms, ending in January 2018. Mr. Rifai has an extensive background in international and national public service, the private sector and academia. Before his election as Secretary General of the UNWTO, he was Assistant Director General of the International Labour Organization (ILO), based in Beirut and Geneva. Prior to assuming his responsibilities as an international public servant (2004-2018) in Beirut, Geneva, (ILO) and Madrid (UNWTO), Mr. Rifai held several ministerial portfolios in the Government of the HK of Jordan (1999-2004). During his eight years as UNWTO Secretary General, Dr. Rifai changed the UNWTO and many say he raised the bar of the UN Agency to a new high, building a legacy for himself and the UNWTO like none of his predecessors had. What kind of changes have occurred throughout the pandemic period in terms of “sustainable economy and tourism” and what are your foresights over tourism, sustainability and economy for the future?

4 years ago, I was in an interview with a Portuguese paper. I was asked; “How would I define the current moment considering events related to terrorism, Brexit and the election of Trump?” At the time, no one expected the Covid crisis and the impact it has had on the travel industry in particular. I believe this is now a defining moment in the history of mankind all together. Everything will change.

Four years ago, I remember saying that terrorism, Brexit and Trump election will affects the travel industry negatively, and in different ways and degrees but tourism, as we knew it then, would bounce back and it did in less than a year. Today we will not bounce back but we would leap forward into a new world, a new norm: A better and more sustainable world. I therefore, am very optimistic but not in going back to where we were, rather advance forward into a more sustainable growth form. People will continue to travel even more, but they would do it in a different and more sustainable way.

As we all know, the pandemic period causes major losses for two sides of tourism sector in worldwide. Tourism is the most affected sector from pandemic. What are your opinions on recovery suggestions or plan for investors, business owners, employees, tourists, traveler?

The only way however any country could have done better in resolving this life & livelihood dilemma, is to coordinate its actions and procedures with its neighbours first. The trick is not to do a perfect job on your own, it is indeed to agree on minimum procedures. Starting with ones surrounding destinations around until we reach an international level. What we need is a new multilateral system, a more harmonized, fair and equitable system, because it is not important how successful every country is on its own, if one cannot travel from one place to another. This is the nature of travel; it connects people and places.

We have to function as one, you cannot have one country insisting on quarantine, while its neighbour demands a vaccination passport and a third requiring simply 72 hours testing before arrival or at entry points. The EU is a good example of this failure of the multilateral system, even the United States are not “united” anymore, each state is acting on its own, so is the UN system all together, they all failed us. We need to rebuild a new multilateral system from the bottom up, brick by brick. A more fair and equitable system, one that does not depend on the principles of have and have not. Vaccination is a good example, at the current rate, it would take us no less than 5 years to vaccinate 70% of the world population. And the travel industry will only bounce forward to a new norm, when the whole world is ready to travel under a unified system. The nature of travel is that you have to send people and receive people. It is therefore, not wise to depend solely on vaccination.

It is not fair, nor equitable in today’s world for countries and people that do not have the ability to vaccinate the majority of their population. We do not want to turn this into a political game of those who have and those that have not. But most importantly, we will all lose if so. After all travel is about connecting everybody everywhere, so it will not work until everyone is vaccinated, and that would take a long time.

Affordable testing in a harmonized way maybe, just may be more logical for a faster and more immediate recovery. Or a combination of both vaccination and testing systems, because if we want a quick recovery, we can start immediately by harmonizing a testing system, make it become more available and more affordable for all. It is easier and faster, but most important have one international agreement for that to work. There will be no coming back until people have a peace of mind, trust and confidence in a system, one system, that would be an international system. They are not going to travel simply because their governments say; “You can now travel. ”

Since you have stated that some changes need to be happened as humanity, could you specify the changes in terms of directions?

There are three stages for revive and recovery: If I ask you to share a message with the world via this interview, what would it be?

My message to you is come together. We can only do it together; no government can do it alone, no matter how good your plan is. There are opportunities that come out of every crisis, let us not miss this one. Let us remember that in Chinese, the word “crisis” and the word “opportunity” are the same word.

Thank you so much dear Dr. Taleb Rifai. We know that you love Turkey very much as your second country. Please note that we also love you so much. Hope to see you in Turkey again…