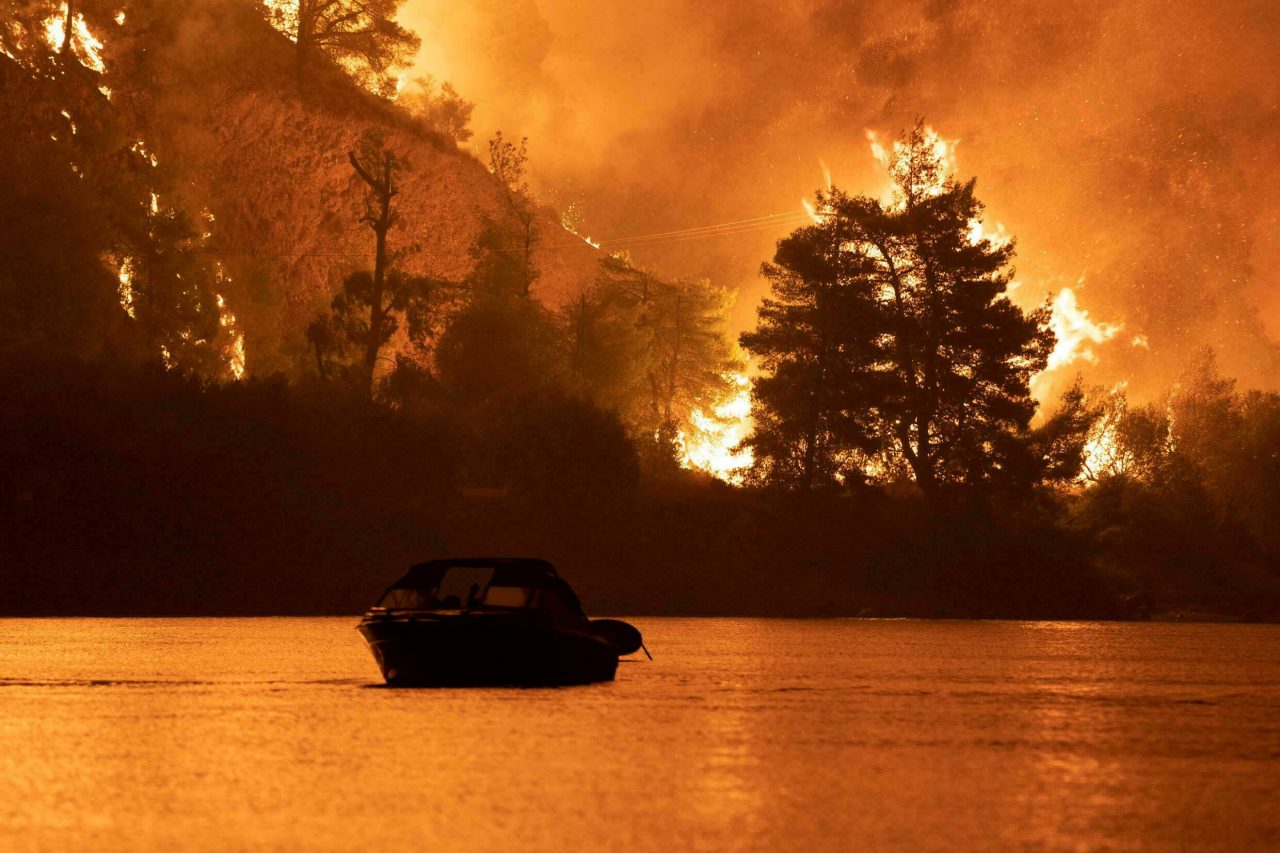 With the catastrophic effects of this summer’s unprecedented wildfires still being counted, leaders from around the Mediterranean – the European region most at risk from climate breakdown – have vowed to intensify their efforts to tackle the challenges posed by extreme weather.

A joint declaration, signed in Athens, has fired the starting shot on what is hoped will bring ground breaking change in how the neighbouring states shore up their defences against natural disasters.

“It’s the first time that Mediterranean countries have come together to address such an incredible common threat and that’s hugely significant,” says the Greek capital’s chief heat officer, Eleni Myrivili, of the initiative.

“Until now we’ve been toddlers in our response to building climate resilience through transnational collaboration,” she said. “What has just been agreed, in both breadth and depth, is a gamechanger.”

Firefighters tackle wildfire near the town of Jubrique in southern Spain

At no other time has the spectre of climate catastrophe seemed as real across a region that in recent months has been forced to deal with forest fires from the Spanish region of Andalucía to the southern reaches of Turkey. The leaders of nine southern EU countries accepted that urgent and ambitious global action was now needed to create “a safe, secure, prosperous, fair and sustainable future”. Collaboration at all levels – national, regional and local, boosted by civil society and the private sector – was required, they said.

“The devastating wildfires of the summer had tragic consequences for Mediterranean countries … the climate crisis is no longer a distant threat; it has landed firmly on our shores,” the prime minister, Kyriakos Mitsotakis, told counterparts assembled in the Greek capital.

“As the danger presented by this crisis is common to all of us, so must our defences be.”

Signed late on Friday at a summit attended by the heads of France, Spain, Italy, Portugal, Cyprus, Malta, Slovenia and Croatia, the Athens Declaration contains pledges in key areas of the climate crisis. Biodiversity, forest management, the marine environment and civil protection, prevention and preparedness were singled out by participants who also called for closer integration of climate-change policies across Europe and further cooperation within the EU’s transnational disaster response mechanism. Experts and technologies critical for ecosystem recovery should be exchanged, they said, given the longer, more frequent and intense heatwaves, droughts, floods and forest fires the region was facing.

The European Commission president, Ursula von der Leyen, who was also present, called the climate initiative “the right move at the right time”. “We all see that climate change is heavily affecting the Mediterranean region,” she said. “And we need to find solutions and we can offer solutions.”

Athens is by far the hottest metropolis in mainland Europe, with predictions it could become the continent’s first uninhabitable capital city if temperatures keep rising.

Mitsotakis’s centre-right government endured fierce criticism for its handling of fires that erupted as record heatwaves transformed bone-dry terrain into what the leader described as a “powder keg”. The mercury hit an unprecedented 47.1C (116.8F) with temperatures exceeding 42C for several days in July and August forcing mass evacuations as thousands of hectares of virgin forest and farmland were consumed by flames.

On Athens’ northern outskirts, the island of Evia and the southern Peloponnese, homes were razed and animals killed in infernos fanned by gale-force winds that raged for days. With his administration put on the defensive, the Greek prime minister has sought to place the climate crisis at the centre of his agenda, appointing a minister, Christos Stylianides, who will deal exclusively with the climate crisis while assuming a pioneering role in galvanising regional support to confront the problem.

But Myrivili – Europe’s first urban heat officer, tasked with addressing the scorching heat that cities such as the Greek capital are expected to experience in the coming years – said the manifesto’s absence of any mention of the role of cities in fighting climate breakdown was a “shocking” oversight. She argued the absence of cities from the declaration “betrays the lack of coordination that still exists between national government policies and municipal policies regarding climate change. Urban centres and their communities are an integral part of any solution.”