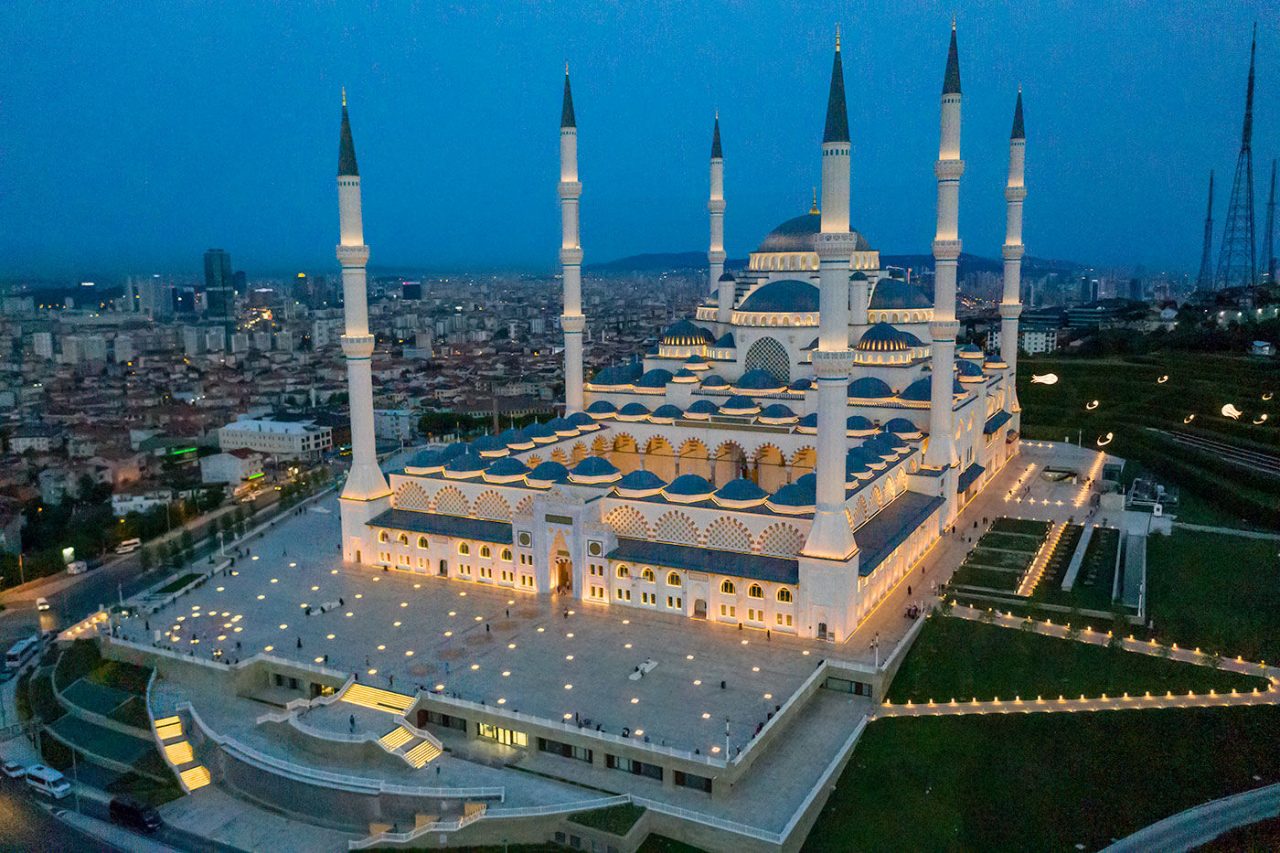 Visiting and praying at the Hagia Sophia Grand Mosque is highly valued by the Muslim faithful. But another mosque in Istanbul, the largest in Turkey, remains a magnet for the faithful and tourists as well.

A total of 12 million people visited Grand Çamlıca Mosque since its inauguration two years ago.

The mosque, capable of hosting 63,000 people, has become one of the symbols of the city with its Ottoman-Seljuk fusion architectural style. The mosque’s construction began in 2013, on an eponymous hill on the city’s Asian side.

Four of the six minarets of the mosque stand 107.1 meters (352 feet) tall, an acknowledgment of the Seljuk Turks’ victory in eastern Manzikert, now Malazgirt, in 1071 against the Byzantine army that opened Anatolia to Turkish settlement. Its 72-meter (236-foot) high central dome represents the 72 communities living in Turkey, while its diameter of 34 meters (112 feet) symbolizes Istanbul’s official license plate number.

Ergin Külünk, head of the Istanbul Mosque and Culture Service Unit’s Construction and Conservation Association, which oversaw the construction, told Anadolu Agency (AA) that the mosque drew a great amount of attention from both domestic and foreign tourists at its opening, and now takes its place among Turkey’s tourism destinations. He said in the first year after the opening, around 10 million people visited the mosque and that now the total number of visitors is at 12 million, despite the pandemic.

“The mosque is the largest in Turkey in terms of capacity,” Külünk said, adding that 25,000 people can pray indoors at one time, while it has a total capacity of 63,000 including the outdoor areas. He said around 5,000 to 6,000 people pray at the mosque every Friday in compliance with social distancing rules and added, “Some 8,000 to 10,000 people will be able to perform Friday prayers here when we start using the courtyard as the weather gets warmer.”

Külünk said that in addition to the facilities currently operating, such as the library, the complex will also boast a museum soon that combines “the traditional and modern concepts of Turkey.”

previousAirlines welcome move to open up EU for summer travel