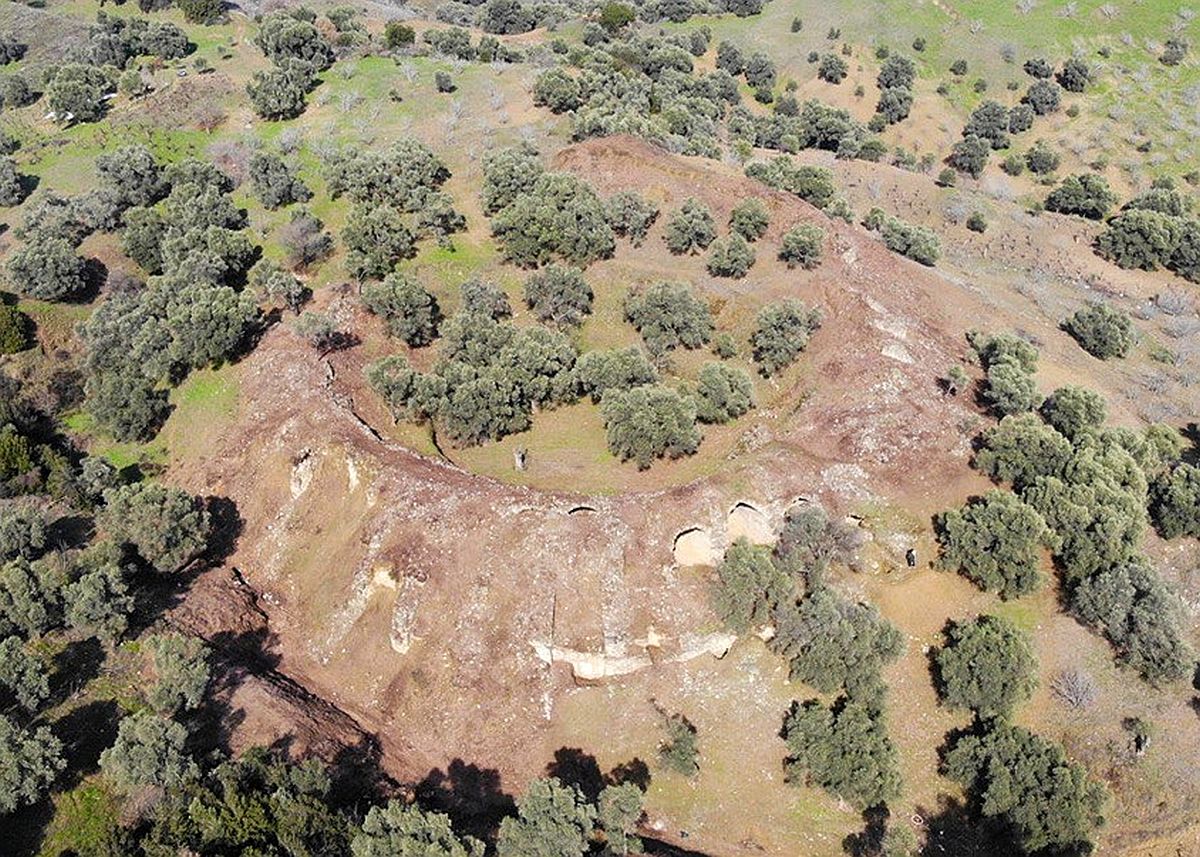 The 1,800-year-old arena housed up to 20,000 spectators eager to bet on the bloody battles

Archaeologists have unearthed an “arena,” or rather, an amphitheater, resembling Rome’s world-famous Colosseum, in Turkey’s western province of Aydın. Authorities say the structure, which is mostly buried underground, is a unique example of Eastern Roman architecture in Turkey.

The structure, whose outer walls were dug up, was introduced to reporters at Mastaura, an ancient city in Aydın’s Nazilli district. Umut Tuncer, head of the Directorate of Culture and Tourism in Aydın, said 80% of Mastaura was buried under soil over time, but even the small part uncovered by archaeologists was enough “to demonstrate the spectacular features of the city.” “This might be the only arena preserved in its entirety here in Turkey. The preservation was maintained as it was buried for years. The basic outline is visible now and we plan to unearth more this spring,” he said.

The amphitheater is close to the size of the Colosseum in Rome, authorities said. The Colosseum, the largest ancient amphitheater still standing, is 188 meters (617 feet) in length and 156 meters in width. Similar amphitheaters exist in Turkey’s west, including in Aydın’s neighbor Izmir and in Çanakkale in the north, but most are largely collapsed.

The structure also stands out from others due to its shape, which is entirely oval. It was found at a site covered by olive and fig orchards. Archaeologists believe the structure was used for sports games in the 1,800-year-old city of Mastaura. Tuncer said the amphitheater was also most likely used for gladiator fights.

Turkey, especially the western regions, is rich in ancient Roman architecture and artifacts from the civilizations predating them. Another amphitheater was discovered in 2019 in the southern province of Adana.