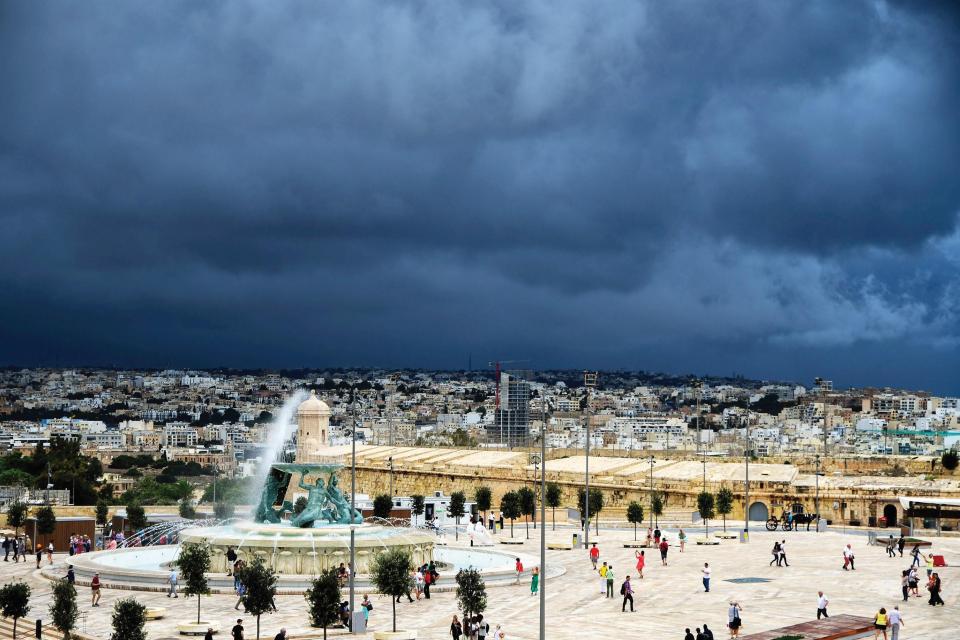 The past two years have been the most challenging for the tourism sector since it started out as an economic activity.

During the pandemic, stakeholders understood that public health must take priority and complied with the measures introduced by the health authorities when establishments had to close and operations placed under very strict rules.

Only in recent weeks have tourism stakeholders started to be hopeful again as COVID-19 measures were gradually lifted and the public became eager to travel again. The return of tourist activity promises to gradually increase to the levels experienced before the pandemic. All those who felt great pain for months on end are now excited to see this sector buzzing again.

But just as we start to get back to normality, a new storm has appeared on the horizon. Despite the economic hardship caused by the pandemic and, more recently, by the war in Ukraine, the European Commission is moving forward with the Green Deal Agenda as business as usual.

Let me be clear. The hospitality sector is conscious of the climate challenge. Tourism is one of the frontline sectors it will most affect. We do believe that climate action is necessary.

But this should not be indifferent to other priorities such as economic recovery and the competitiveness of value-added sectors.

At the very least, the European Commission should assess the Green Deal’s economic impact prior to the pandemic compared to today’s situation. Otherwise, the EU risks making academic econometrics that are out of touch with the real economy.

One example is the commission’s proposal to revise the Energy Tax Directive as part of the Fit for 55 Package. This looks to gradually phase out the exemption of tax on kerosene used by the aviation and maritime sectors over the next decade.

In theory, one understands policy measures that encourage a shift from fossil fuels to cleaner sources of energy. But one must look at the feasibility of this transition in practice.

To start with, aviation and maritime are global sectors that require global solutions. Regional measures applicable to the EU alone will put European operators at a competitive disadvantage.

In the commission’s first attempt to revise the Energy Tax Directive in 2011, when international awareness on climate action was already ripe, the exemptions for aviation and maritime transport were not under question.

The burden will be carried entirely by tourists, with lower income families being the first to make painful decisions on whether they can afford to travel

The arguments then remain valid today, particularly in the current economic context. Not to mention that airlines are already subject to several eco-taxes introduced by some member states individually.

The commission argues that the impact of the aviation tax on kerosene will be offset by other climate measures that will reduce the reliance on it over time. But aviation is still expected to continue making use of jet kerosene substantially, so the impact of the tax remains significant.

So what is realistically going to be achieved by this new tax? The obvious consequence is that it will increase the operational costs of airlines, which will be passed on to consumers, thus making travel and tourism more expensive.

The tax will unlikely result in a reduction of flights and, therefore, neither of greenhouse gas emissions, particularly as airlines cannot afford to lose airport slots.

The burden will thus be carried entirely by tourists, with the first to make painful decisions on whether they afford to travel being lower income families. So much for a social Europe!

More importantly, peripheral countries and islands such as Malta, strongly dependent on tourism, will be carrying the aviation tax burden disproportionally compared to other member states.

Travellers can only reach Malta by air or sea. Despite improvements in recent years, connectivity will always be an issue for Malta because of the permanent geographical handicap.

In the absence of other modes of transport such as rail, this tax is unjust both for Maltese citizens wishing to travel abroad and for Maltese tourism in general.

Tourism needs to compete with other European destinations that can be reached by alternative modes of transport, and with non-EU destinations on our doorstep that will not be subject to the same tax burden.

This is of great concern considering that tourism contributes substantially towards Malta’s GDP and supports the livelihood of thousands of employees.

For the past year, through the Malta Business Bureau, the MHRA’s EU advocacy organisation, we have made clear our concerns on the impact of this legislation on Malta’s tourism sector should it be adopted in its current form.

As the Energy Tax Directive falls within the sole legislative competence of the EU Council, a unanimous approval is required for it to be adopted. I, therefore, expect the Maltese government to continue taking a strong stand in safeguarding Malta’s interests.

The recent derogation obtained by Malta with respect to the EU Winter Gas Package shows that with good negotiating, positive results are possible.

Malta is not alone in expressing concerns about the aviation and maritime tax in the directive. Other member states, particularly from the Mediterranean, have concerns too.

Strong alliances must be built to jointly demonstrate that the economic burden of the additional tax will not be justified by climate gains.

The EU should remain a global leader in the fight against climate change. But climate measures must be implemented smartly and be sensitive to the impact on peripheral and small islands such as Malta.

Tony Zahra is president of the Malta Hotels and Restaurants Association.

nextGreece Travel Αrrivals Reach One Million Per Week In August