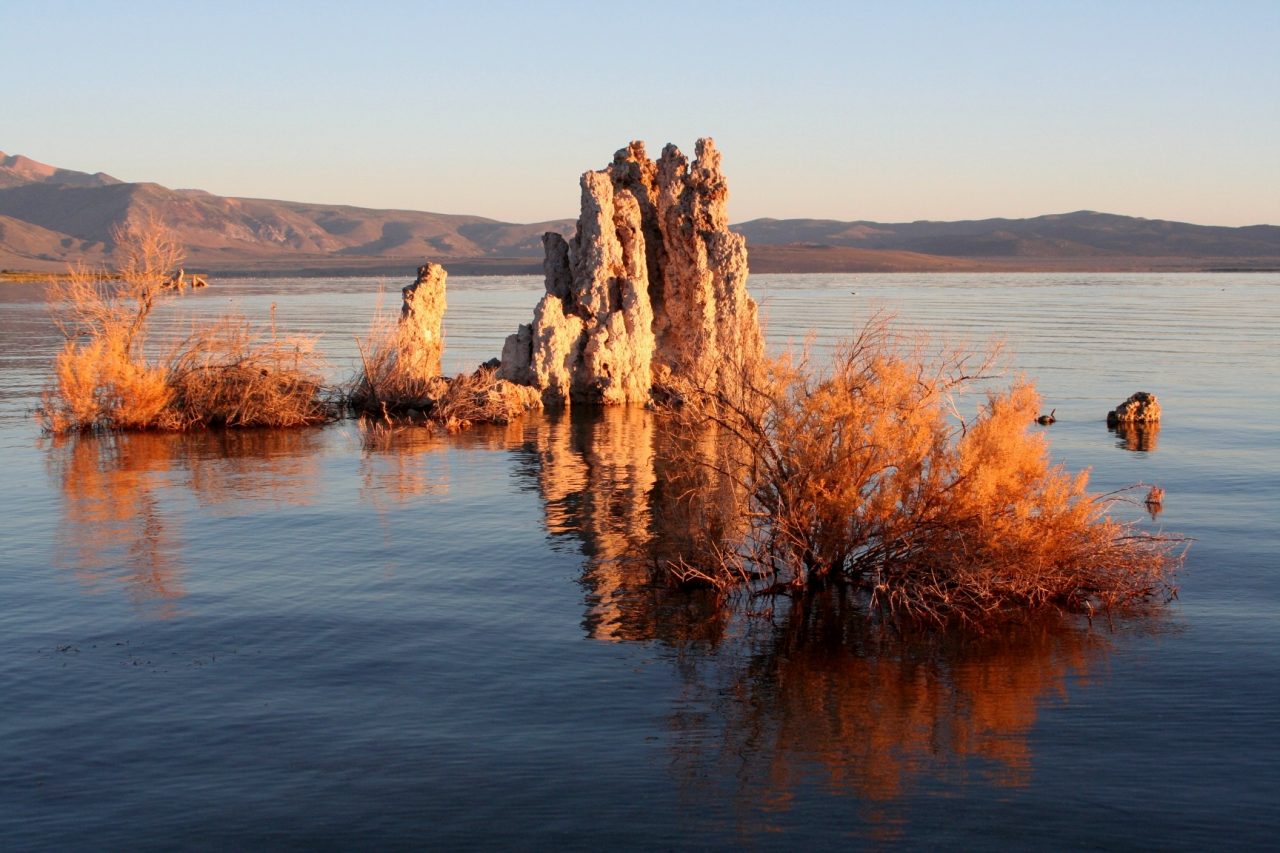 Microbialites, tall rock formations dating back thousands of years, have made a surprise appearance for visitors to Lake Van in eastern Turkey. The columns of rock deposits made of carbonate mud can be seen due to receding water levels in the country’s largest lake.

Drought, which has affected much of Turkey this year and last, triggered a decline in the water levels of the lake, which is a popular destination for tourists and is home to a rich ecosystem.

Mustafa Akkuş, a maritime scientist from Van Yüzüncü Yıl University, says that some microbialites can extend up to 40 meters (132 feet) in the lake, which is four times the length usually found with these formations. “(Previously), you could only see them if you dove into the lake, but the receding water levels present a great opportunity for people who cannot dive,” he said.

The formations are more visible in a section of the lake where the waters receded as much as 200 meters from the shore. Akkuş said microbialites contain “secrets and mysteries” about the climate of the lake and its immediate regions in ancient times. “They help us to gain an insight into the type of trees which grew around here. They are almost like history books,” he says. Microbialites, as their name implies, are the result of rock or benthic sedimentary deposits formed with the contribution of microbes.

If the current trend of low precipitation continues, the microbialites may be in for an extended stay above the surface. Experts warn that the lake faces an existential threat due to climate change, as there are fears the annual replenishing precipitation may no longer maintain the basin’s water levels because of the impact of global warming on the water cycle.