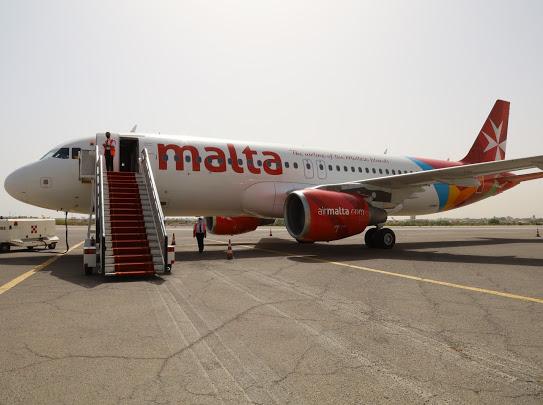 The delegation, which included aviation safety experts of both countries, discussed the eventual resumption of scheduled flight services between the two countries.

Following the one-day visit, Minister Clyde Caruana said, “Seeing the Air Malta plane on Libyan soil in years is a certainly a positive sign. We must continue working together to see progress in aviation. Malta and Libya supported each other on many fronts over the past decades and we will continue strengthening this strong relationship between the two peoples.

” Air Malta’s Executive Chairman added, “The resumption of scheduled services between Malta and Tripoli is seen by Air Malta as an important step. Libya was always a very important market for the Airline, and we are happy to have had the opportunity to discuss commercial operations to the country with our Libyan counterparts. Such flight services will increase cooperation between the two countries on several aspects be they economic, social, or cultural. We are eager to resume our services subject to careful assessments to conduct a safe and viable commercial operation and reconnect both countries for the benefit of both nations.”

Air Malta operated its last scheduled service to Tripoli International Airport in July 2014. Flights to Benghazi were also suspended following the closure of the airport in May of that year.