According to an SEC filing, they wrapped up their second fund late last week with $325 million in capital commitments from 81 investors.

We’ve reached out to the firm and hope to share more soon. In the meantime, its strategy appears to center around more concentrated bets in both the consumer and enterprise spheres — with checks going out both early and sometimes later in a startup’s trajectory.

Among these recipients is Literati, a nearly five-year-old, Austin, Tex.-based book club subscription service that raised $40 million in Series B funding in January led by Felicis Ventures; Tipalti, a 10-year-old, Israel-based company that develops automation software for global payments and raised $150 million in Series E funding at a $2 billion valuation back in October (01 Advisors joined as a follow-on investor); and SpotOn Transact, a payments software startup that raised $50 million in Series B funding last year led by 01 Advisors. (Worth noting: the company raised a $60 million Series C round just six months later. DST Global led that next round, with participation from 01 Advisors and others.)

In fact, numerous of the outfit’s investments have hit the gas during the pandemic, including the San Francisco-based mental health and wellness platform Modern Health, which last week announced $74 million in Series D funding just a few months after announcing $51 million Series C funding. The startup, reportedly now valued at $1.17 billion, has raised roughly $170 million to date; 01 Advisors has joined the last two rounds.

01 Advisors has itself largely remained the same size since it publicly launched in August 2019, years after Costolo and Bain had begun investing in startups on an individual and joint basis.

In addition to Costolo and Bain and Dave Rivinus, who spent four years in corporate development and finance at Twitter and is also a founding partner of the firm, Kelly Kovacs is a partner at the firm. Kovacs was Costolo’s chief of staff at Twitter before joining Color Genomics in a similar capacity, then founding her own startup meant to empower executive assistants. She joined 01 Advisors full time in 2018.

01 Advisors did recently list a position for a senior associate.

Costolo, who great up in Troy, Michigan, found himself in the headlines in October when he fired off an incendiary tweet about the decision of Coinbase founder and CEO Brian Armstrong to publicly discourage employee activism and political discussions at work, a stance that drove at least 60 employees to take a severance package offered to them afterward.

While some business leaders were quick to praise Armstrong, Costolo wasn’t shy about hiding his disgust over Armstrong’s position. “Me-first capitalists who think you can separate society from business are going to be the first people lined up against the wall and shot in the revolution,” he tweeted. “I’ll happily provide video commentary.”

Bain, a long-suffering Browns fan (like all native Clevelanders), has meanwhile been busy, too. In addition to scouting for startups, he now sits on the public company boards of both the real estate tech outfit Opendoor and the space tourism company Virgin Galactic.

01 Advisors served as a co-sponsor of the SPAC that took Opendoor public, along with investor Chamath Palihapitiya. Palihapitiya also spun up the blank-check company that took public Virgin Galactic and the company invited Bain to be a director as that merger was coming together.

Earlier bets by the pair — as angel investors — include the corporate travel site TripActions and the connected fitness startup Tonal.

nextDaily Crunch: Parler is back online 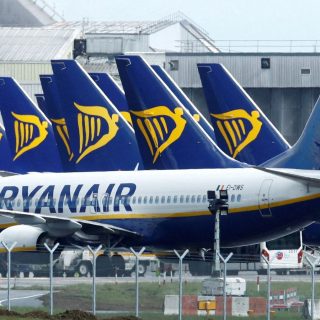