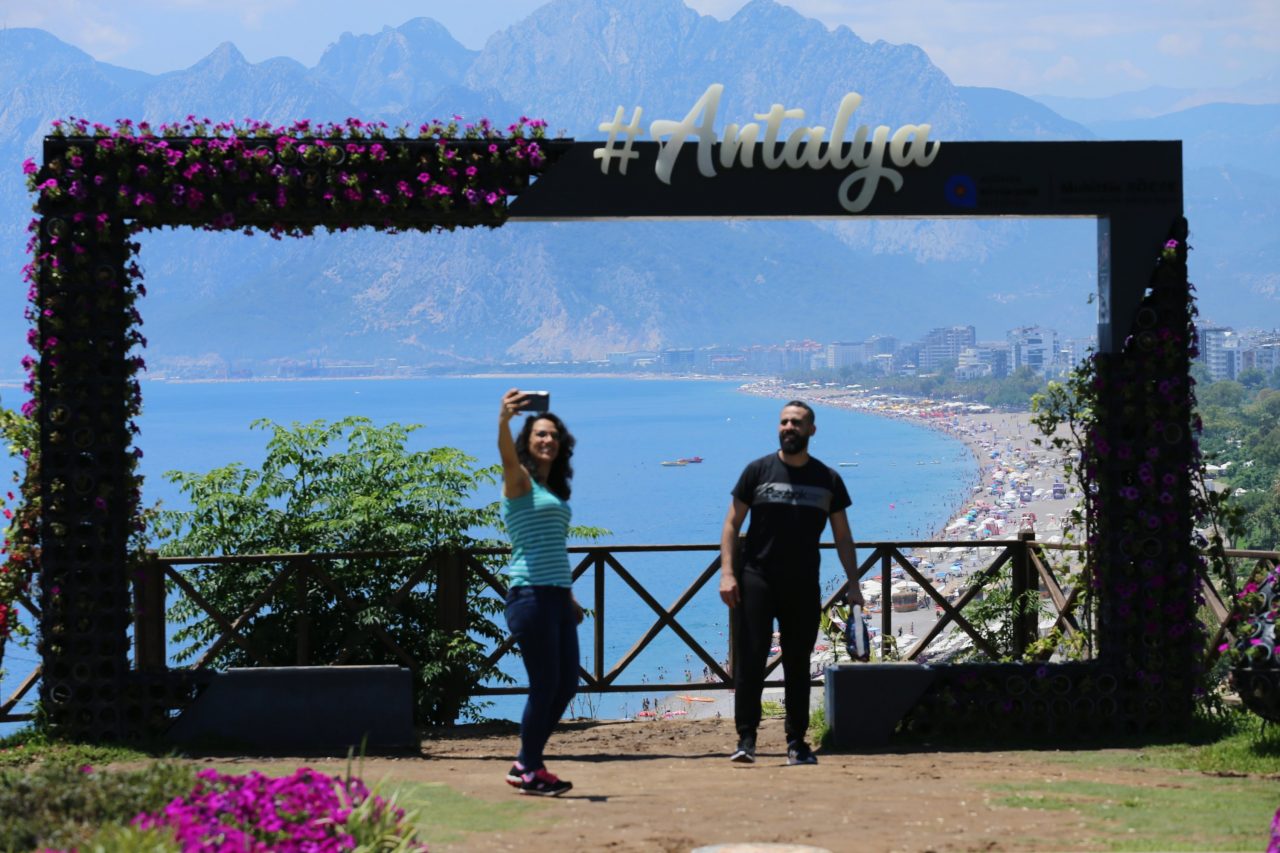 The Mediterranean tourism gem of Antalya is seeing a larger number of European tourists this year, in a long-sought-after market diversification for Turkey’s crucial industry that is marching toward its pre-pandemic shape.

Rebound in foreign arrivals this year injected a much-needed boost for the tourism sector that is leaving the 2020-21 coronavirus slump behind despite fallout from the war in Ukraine.

Adding to the influx from European nations, Antalya’s streets and beaches are swarming with locals this week after Turkey extended the Qurban Bayram holiday, also known as Eid al-Adha.

The religious holiday proved to be such a factor that air traffic in the southern province broke a record, with 121 domestic and 913 international flights.

Arrivals from Europe, particularly Germany and Britain, two of the markets the Turkish tourism sector missed during the pandemic, have encouraged an industry worried about the potential impact of Russia’s invasion of Ukraine.

Antalya has welcomed around 5 million foreigners in the first half of the year, with German tourists unseating Russians, long the top tourist source for the province.

Arrivals from Germany have reached nearly 955,000 from January through June, compared to just 145,444 a year ago.

“There is a serious upturn in the European market this season,” said Antalya Governor Ersin Yazıcı.

Yazıcı emphasized the importance of the positive impact that he said the increase in the number of European tourists has on the sector, stressing expectations for the trend to continue.

The governor also noted the market diversification, highlighting the significant jump in arrivals from Germany and the U.K., as well as from Poland and Northern Europe.

Antalya has long relied on tourists from Russia and Ukraine, which accounted for more than half of overall foreign arrivals last year.

The war in Ukraine is expected to hit the arrivals from Turkey’s top tourist sources and comes at a time when the industry tries to recover from the impact of measures to combat the spread of COVID-19 since 2020.

The number of foreigners arriving in Turkey from January through May this year has leaped by over 207% to more than 11.3 million, according to official data.

The figure soared 94.1% to 24.71 million and revenues doubled to almost $25 billion last year when COVID-19 measures were eased.

Professional Hotel Managers Association (POYD) chair Ülkay Atmaca also noted the increase in arrivals from Europe, in addition to what he said was a noteworthy rise in the Middle Eastern market.

Atmaca expressed expectations that the number of European tourists would exceed figures from 2019.

Ali Kızıldağ, a general manager of a hotel in Antalya’s renowned Belek resort, echoed Atmaca’s view, stressing a rapid rebound in the European market from the pandemic fallout.

“We believe that we will surpass the figures of 2019 in the number of European tourists,” Kızıldağ added.

“We are seeing a higher occupancy than in 2021. There are serious increases in the German and U.K. markets,” Atmaca he said.

“In general terms, we can say that there is an increase in the whole of Europe. Mobility in the European market has been the motivation for the sector.”

“The season is going pretty well, and it looks like it is going to get a lot better.”

previousMalta | Number of May tourists at 85% of pre-pandemic levels