People who have spent time in jail or prison often face barriers to accessing stable jobs, housing and financial services. These types of barriers are a key driver of recidivism for the more than 600,000 people who are released from prison each year. Between 2005 and 2014, an estimated 68% of people released in 2005 were arrested again within three years. Within nine years, 83% of those released in 2005 were rearrested, according to the U.S. Department of Justice’s Bureau of Justice Statistics.

Justice Through Code, a semester-long coding and interpersonal skills intensive that takes place at Columbia University, aims to provide alternative paths for people once they reenter society.

Throughout the semester, students learn the fundamentals of Python and other computer science basics. They also receive career coaching, public speaking training, and learn negotiation skills and how to write a resume. Once students complete the program, Justice Through Code, which held its first cohort last year with just over 30 students, puts them in touch with its partners for paid internships and jobs.

Of the students in the first cohort who were interested in finding jobs or internships after the program, more than 80% of them were placed in relevant roles within six months, Justice Through Code founder Aedan Macdonald told TechCrunch. Antwan Bolden (pictured above) is one of the graduates who secured an internship after the program. Bolden has been interning full time at Columbia in the school’s IT department since December.

“It was just amazing that within one year of me coming across that flyer [for Justice Through Code] on Facebook, I’m actually working an internship at Columbia,” Bolden told TechCrunch. “And it’s just been tremendous. I mean, it’s been nonstop learning every single day.”

Before that, Bolden spent time at Emergent Works, where he helped build a no-police alternative to 911.

“It really gave me my first opportunity of using the theory that I learned in the program in a work setting,” Bolden said.

Justice Through Code works with a handful of tech partners to support its program and its students. Amazon Web Services, for example, provides laptops to students who need them while technologists from Google, Slack and Coursera speak to students on their experiences in tech.

AWS has yet to hire folks from the program but AWS Senior Manager of Corporate Reputation Sofia Mata-Leclerc says the company is excited to present opportunities to graduates.

“It’s definitely our intention to hire individuals from this program,” Mata-Leclerc told TechCrunch.

Justice Through Code is now accepting applications for its third cohort, which Macdonald says he hopes will have a class size of up to 60 people. While Justice Through Code does not require applicants to have any prior coding experience, the program does want participants to be comfortable using computers. The application process also seeks to determine how well someone may be equipped to deal with the frustrations that come with learning how to code.

“So much of learning how to code is being in a kind of state where you don’t know everything,” Macdonald said. “And it can be highly frustrating. And so I think seeing how the process of how people work through problems [is beneficial]. We do a couple logic problems in the interview, and it’s really not a matter of does somebody have the answer to this, but we actually have questions in pairs. So if somebody struggles on one question, we’ll go through in detail how to solve that and then see what their process is of applying that same principle of logic to the subsequent question that utilizes the same principle. So … how people are responding in a learning environment, as well as kind of curiosity about the the industry and just a real drive to succeed if they’re selected to participate in the program.”

Justice Through Code is not the only program that serves folks impacted by the criminal justice system. The Last Mile teaches folks business and coding skills while incarcerated, and similarly has partnerships in place with tech companies to help returned citizens find jobs.

Macdonald, who himself spent time in prison, says he hopes Justice Through Code can help to shift “the negative stereotypes of the formerly incarcerated as not having any future beyond a minimum wage job.” 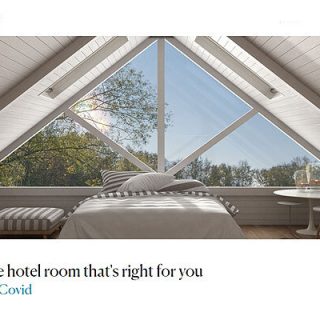 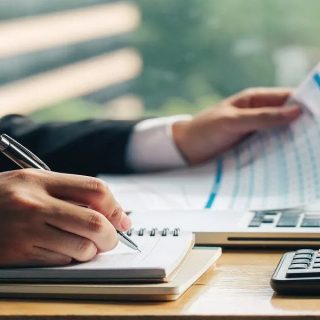