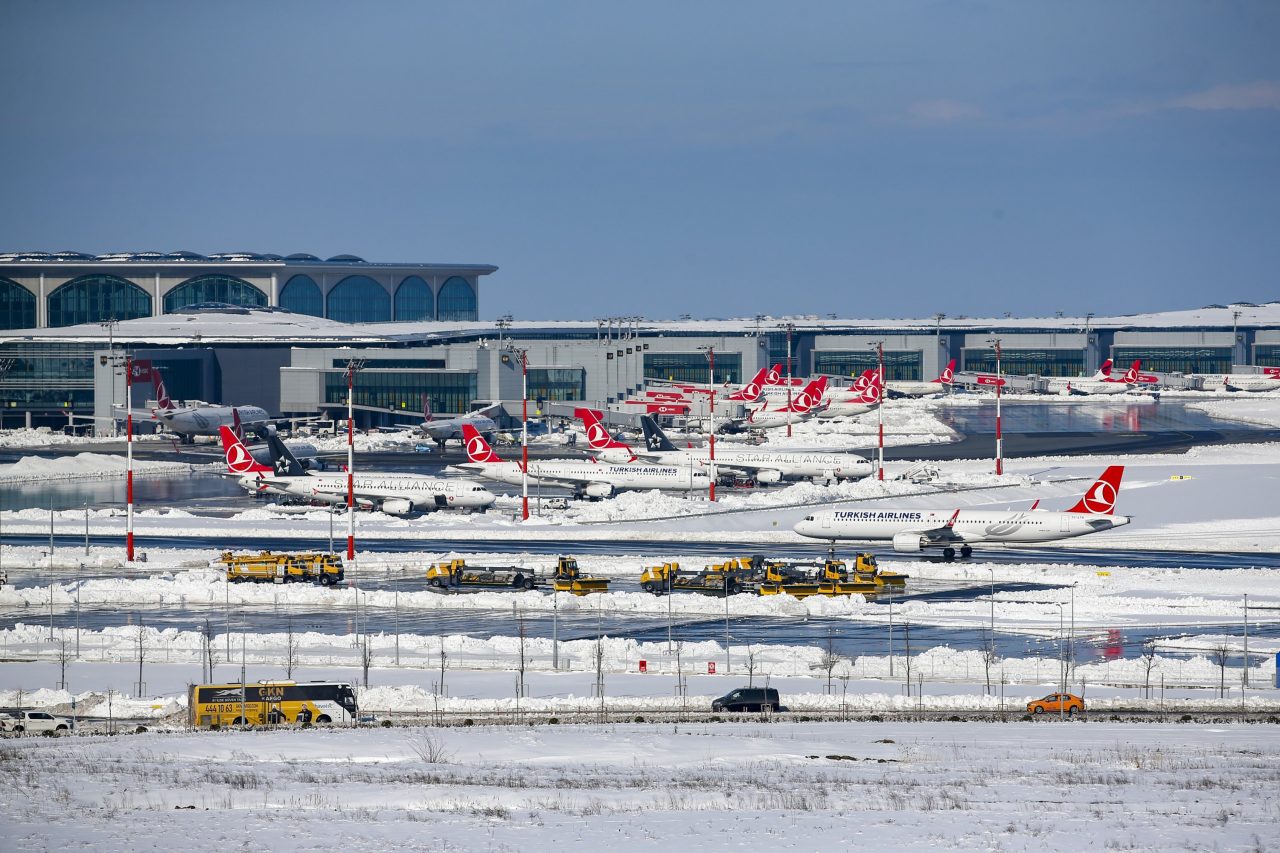 Istanbul Airport has once again claimed the title of Europe’s busiest airport for 2021, official data showed, in a challenging year that highlighted the lasting impact of the coronavirus pandemic on the travel industry.

The passenger traffic at the airport was still 46% lower compared to pre-pandemic (2019) levels.

The gleaming glass-and-steel structure along the Black Sea coast first grabbed the title of Europe’s busiest airport in 2020 – just a year after it opened – thanks to Turkey’s decision to allow travelers to freely enter the country in a bid to boost tourism revenues. It had served around 23.4 million passengers in 2020.

Istanbul Airport fully took over operations from the old Atatürk Airport as the new hub for national flag carrier Turkish Airlines (THY) in 2019.

Traditional capitals of European travel before the pandemic – including London, Amsterdam and Paris – have seen their passenger numbers implode as global carriers rearrange their flight patterns to fit the new realities.

Paris Charles de Gaulle Airport, with 26.2 million passengers, Amsterdam Airport Schiphol, with nearly 25.5 million passengers, and another Moscow airport, Domodedovo, with just over 25 million, completed the “Majors” – the term used for the five busiest airports in the region for the year.

Istanbul’s other airport – Sabiha Gökçen – and Antalya Airport of the Mediterranean resort city came in seventh and ninth with 24.99 million and 21.3 million passengers, respectively.

The passenger traffic across the European airport network increased by 37% in 2021 compared to 2020, but it still remained 59% below pre-pandemic (2019) levels, according to ACI Europe data.

“After losing 1.72 billion passengers in 2020, we all had high hopes for a strong recovery in 2021. But last year proved another difficult one, as Europe’s airports ended up losing another 1.4 billion passengers compared to 2019,” said ACI Europe Director General Olivier Jankovec.

“This means they remain under considerable stress, with systemic financial weakness across our industry.”

The delta variant of the coronavirus essentially knocked down passenger traffic in the first half of 2021 (77.7% lower compared to 2019), as lockdowns and severe travel restrictions were reintroduced and most intercontinental markets remained out of reach, ACI Europe said in a statement.

The rollout of the vaccines combined with the EU Digital COVID Certificates and the reopening of the transatlantic market in November saw passenger traffic finally improving in the second half of the year (still 42.4% lower compared to 2019) – although the omicron variant broke that dynamic in December, the statement added.

Freight traffic in 2021 increased by 21.8% throughout the European airport network compared to 2020, and stood at 7.7% above pre-pandemic levels, the data showed.

“Uncertainties as to the evolution of the pandemic remain significant and limit visibility beyond a few months, at best,” Jankovec said, elaborating on the period ahead.

“For now, the impact of Omicron is still very much on us as airlines keep pulling out flights and capacity in response to weakened demand in what is already traditionally a low season. This means the First Quarter will be disappointing, but that we should hopefully see traffic take a better turn as Spring approaches,” he noted.

“Whether this happens earlier depends on the pace at which travel restrictions can be lifted, now that omicron is prevalent. A number of countries are moving in that direction, but much more needs to be done.”

previousWho are these digital nomads living in Malta?