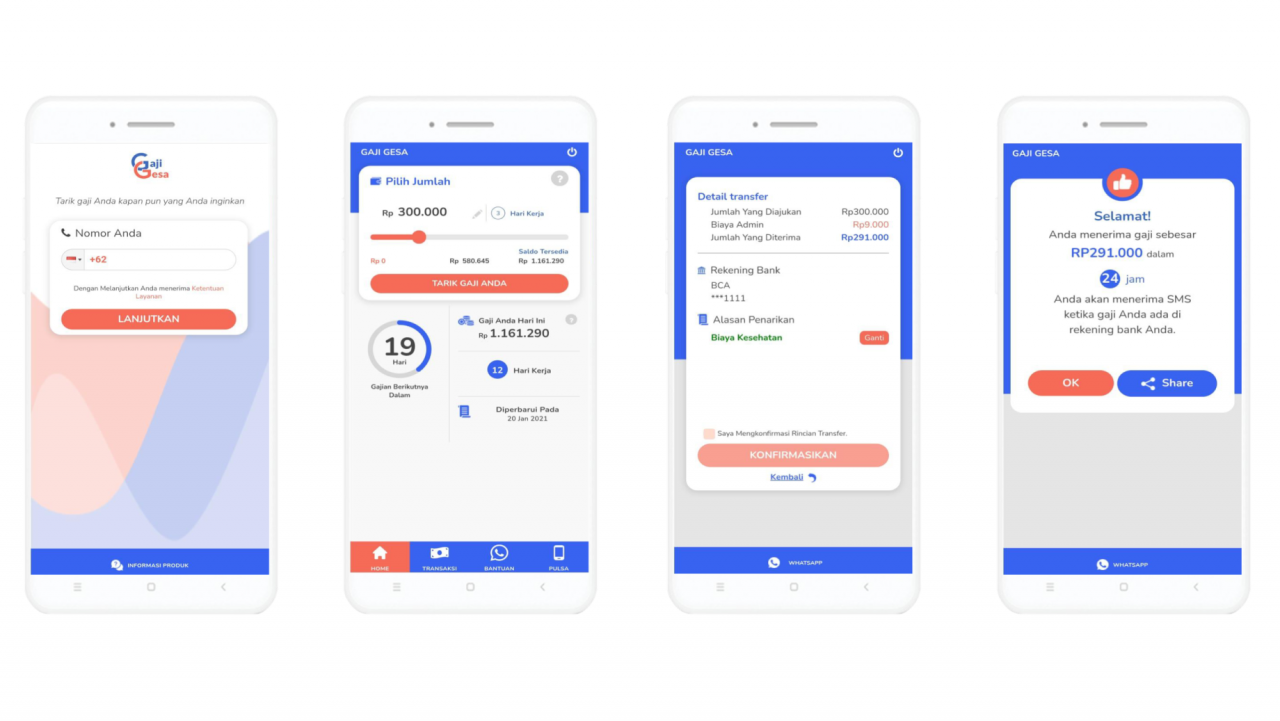 GajiGesa, a fintech company that offers Earned Wage Access (EWA) and other services for workers in Indonesia, has raised $2.5 million in seed funding. The round was co-led by Defy.vc and Quest Ventures. Other participants included GK Plug and Play, Next Billion Ventures, Alto Partners Multi-Family Office, Kanmo Group and strategic angel investors.

About 66% of Indonesia’s 260 million population is “unbanked,” which means they don’t have a bank account and limited access to financial services like loans. Agrawal and Malinowska decided to launch GajiGesa in Indonesia because Malinowska worked with many unbanked workers while at LenddoEFL. While at Uber, Agrawal also worked with drivers across Southeast Asia whose average earnings were $250 USD a month (excluding Singapore), and he said the top issue they face was harassment by money lenders. 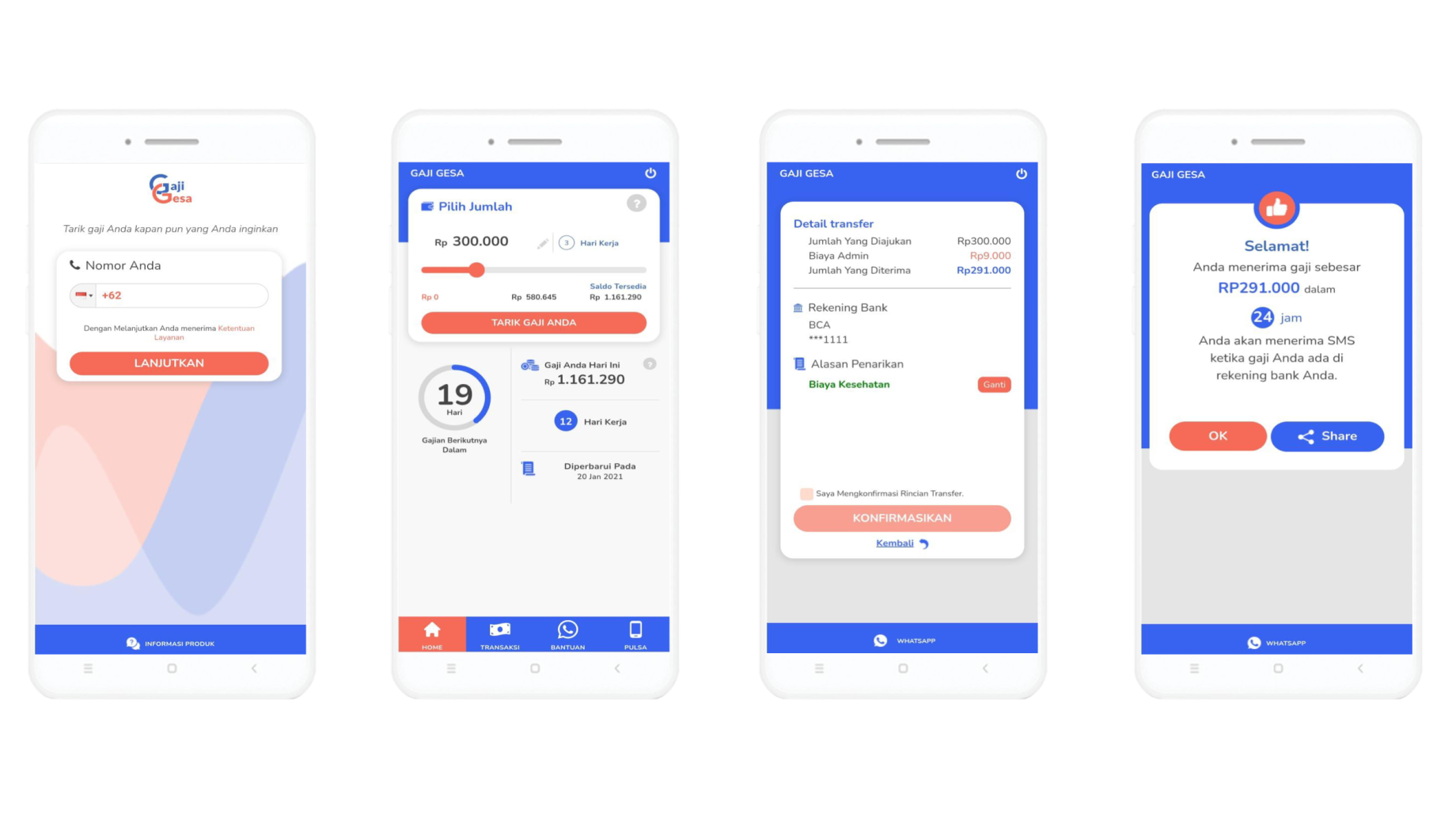 “These hardworking Indonesians had no fair or formal sources for easy access to capital. Further, the most common reason for borrowing was short-term liquidity issues,” Agrawal told TechCrunch. “But workers were forced to borrow either long-term, high ticket size loans or short-term loans with exorbitantly high-interest rates.”

Having immediate access to earned wages, instead of waiting for a semi-monthly or monthly paycheck, can help alleviate financial stress and make it easier for workers to manage their income and handle emergencies. Companies that have started instant payment services for workers in other countries include Square, London-based startup Wagestream and Gusto.

Since launching in October 2020, GajiGesa has added over 30 employers on its platform, serving tens of thousand of workers in total. It integrates into a company’s existing human resources management and payroll systems. Workers can get earned wages immediately, track earnings, pay bills, buy prepaid cards and access financial education resources through an app.

GajiGesa does not charge interest rates or require collateral, since all its users are pre-approved by their employers. Companies decide to charge fees or offer GajiGesa as part of their benefits packages, and also get access to analytics that can help them create targeted incentives or new benefits for their workforce.

During COVID-19, Agrawal said the startup has “seen insatiable demand and support for GajiGesa’s EWA solution from employers. This is partly attributed to the various challenges employers are facing due to the effects of COVID-19, but our platform is designed to support employers and employees in the long-term. The value of EWA and the other services we offer is not limited to the pandemic.”

Disrupting the paycheck, Gusto’s Flexible Pay allows employees to pick when they get paid