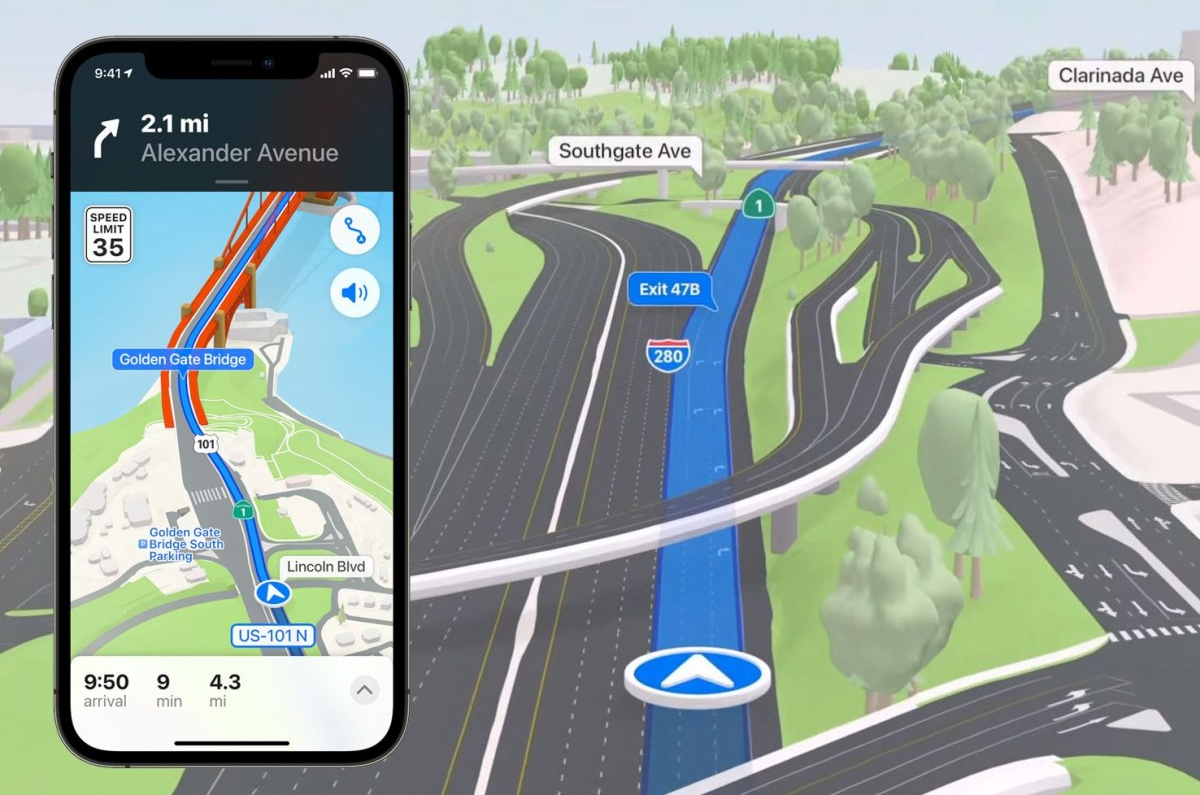 It may have had an inauspicious start, but Apple Maps has added so much reliability, and so many features that it’s now a fully-loaded, highly attractive mapping app.

Today, changes promised for Apple Maps for iOS 15 have just gone live. Oh, and you don’t need to update your iPhone—the changes have happened server-side so it’s all automatic.

Some changes arrived with iOS 15, such as the options to choose between different maps. Regular mapping is now called Explore but there’s also Driving, devised for drivers specifically with enhanced indications for bus lanes, turnings and so on, Public Transit with subways and schedules. Plus the familiar Satellite view and the staggeringly detailed Flyover maps in selected cities.

Public Transit has just got better with the option to pin favorite lines to the screen to find your route quicker. And once you’re traveling, you’ll automatically get a notification when it’s time to get off.

Route planning for the Driving maps is also about to get better, to offer arrival time estimates based on expected rather than current traffic. This update will come through CarPlay, later this year.

In Explore, walking directions now have augmented reality capabilities so holding the phone up lets the camera scan nearby buildings to generated detailed and accurate directions (a godsend if you’ve just stepped out of the subway in an unfamiliar place and don’t know whether to head left or right).

There are also curated guides created in tandem with brands such as Time Out, The Washington Post and more.

Best of all, there’s a great new 3D view in Explore which offers significantly better levels of detail. In four cities, San Francisco, Los Angeles, New York and London, the new view adds details and color to landmark buildings like the Royal Albert Hall, for instance.

More cities follow later in 2021: Philadelphia, San Diego and Washington D.C. Next year, Montreal, Toronto and Vancouver will be added.

The visual look of the mapping is something Apple has got right from day one, where many rivals have stumbled or been less clear, in my opinion. With this new update, the look has just got better still.